Cavalier King Charles Spaniels, or Cavaliers for short, are toy dog breeds at only 13 inches in height, at most. They are known for having a sweet expression that matches their large and dark round eyes. Their long, silky coat is their ultimate feature, and this adds to their all-around beauty and sweetness.

Their overall appearance screams royalty. However, despite their small size and aristocratic background, they were able to retain the athletic nature of Spaniels. With their playful nature, they get along well with children and other dogs.

This dog breed is highly adaptive to any type of home situation and lifestyle. It’s an excellent home buddy whether you want to lay on your couch all day or you love athletic activities. 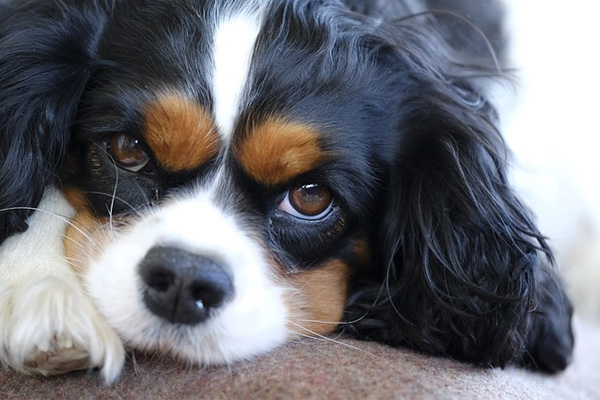 The Cavalier King Charles Spaniels descended from the Toy Spaniel dog breed of the 17th century. Toy Spaniels have always been seen with nobles and royals. They were even drawn in the 16th, 17th, and 18th-century paintings of famous artists.

Among the royalties who loved the breed is Mary Queen of Scotts, who even had her Toy Spaniel accompany her during her execution. They are also the favorites of King Charles I and his son, King Charles II, where their name came. They were always seen with the King, and are even allowed to go into high-security areas. Some historians even say that the King was more focused on breeding more Spaniels.

When King Charles II died, the popularity of the breed started to decline, and pugs became the new favorite royalty dog breed.

In the 1920s, an American named Roswell Eldridge started looking for the Spaniels depicted on the old paintings. He searched desperately for years until he offered a prize to breeders who could produce the breed, and they complied.

However, it was only in 1945 that the Cavalier King Charles Spaniel was finally recognized as a new breed by the Kennel Club. It was also during those times that two male Cavaliers were imported to the US.

However, there were a lot of processes that underwent until the American Kennel Club finally recognized the breed in March 1995. 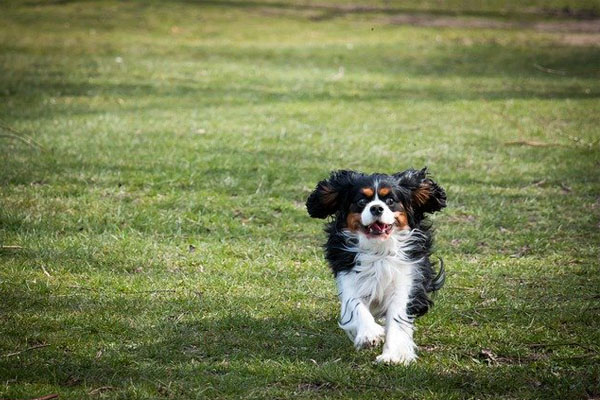 Cavalier King Charles Spaniels are best described as affectionate, gentle, and graceful. They are also referred to as sporting toy breeds because of their spaniel and toy traits combined.

They love people, even strangers, and they’re very dependent on companionship. They quickly become stressed if left alone too long. Separation anxiety is a problem also, so they are best with people who don’t get out of their house often. They are peaceful with other animals too, even with cats.

If you have kids, these Caliers make excellent playmates as well. Your kids can play ball with them, chase, teach them tricks, or cuddle. They can play well with toddlers, too, as long as you supervise. Since toddlers can get clumsy, you need to keep an eye and make sure they don’t accidentally fall on the Cavalier.

They tend to be manipulative by using their sweet round eyes. So, if you want to control their less desirable behaviors, then you need to work around these.

They are adorable, cute, and lovable, but they’re not perfect. They can be very stubborn and will bark a lot if bored or not trained.

Early socialization is highly needed to ensure only the proper behavior. Let him socialize with other people, other animals, see new sights, and enjoy their surroundings.

They are excellent pets for those who stay-at-home, work-at-home, or even if you love traveling. They can be the companion you need in whatever you need to do.