Great Danes are known for their tall stature that screams elegance and nobility. However, even if they do look imposing, they are one of the best-natured dogs you’d find. Even if they are large and intimidating, Great Danes are sweet, loving, and gentle; hence, why they are also called Gentle Giants.

Because of this, it’s no wonder that Great Danes are now one of the most popular dog breeds. They are sociable, love to be petted, and even have some lapdog tendencies. If you appreciate a big baby for a companion, then the Great Dane is undoubtedly that. 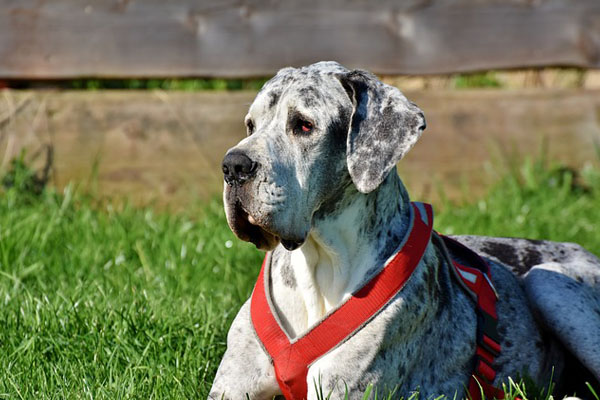 Great Danes are one of the pure dog breeds believed to be centuries old as historical evidence suggests. Drawings of dogs resembling the Great Danes are found in Egyptian and Babylonian artifacts way back in the 2000 and 3000 BC.

They were originally called Boar Hounds because hunting boars was their purpose. Because of this, their ears were usually cut to prevent boars from tearing them.

By the 1600s, the Great Danes slowly left the hunting grounds. German breeders gradually refined the breed into a well-balanced, good-natured, and elegant dog.

German nobles adored them and kept them in their homes. They were named Chamber Dogs as they were pampered and even wore collars, living a sweet and elegant lifestyle.

It was only in the 1700s when the name Great Dane rose. This was given by a French Naturalist who traveled to Denmark and saw a version of Boar Hound that was slimmer. He called this dog the Grand Danois, which eventually became the Great Dane (though the breed didn’t develop in Denmark).

In the 1800s, refinement of the German nobles continued refining the breeds. They paid attention to the dog’s temperaments and adjusted it from being ferocious and aggressive, to a more gentle one.

Great Danes are best described as friendly, gentle, and dependable dog breeds. Even with their tall and noble stature, they are loving dog breeds who crave human companionship.

Great Danes only need minimal exercise. However, due to their size, they do need a lot of space. They won’t do well in small apartments as they would feel cramped up. Also, they hate being left alone and can get lonely.

When it comes to strangers, the Great Dane’s attitude varies. Some are territorial and protective, while most are very friendly and welcoming. However, whichever the two traits, they won’t fail to bark and tell you there’s a visitor at your door.

If you have kids, you also won’t have to worry about having Great Danes. Although large, they make excellent playmates. Added to that, they also know how to move with caution when it comes to small kids as they are highly intelligent.

However, the Great Dane’s gentle temperament doesn’t usually come out naturally. Without proper training, they can be bossy, dominant, and pushy. If you want to raise a disciplined Great Dane, they need training.

It is also essential to remember that Great Danes are sensitive, and training should be fun and cheerful. Being harsh doesn’t help and will only break trust. Besides, these dogs are straightforward to train. 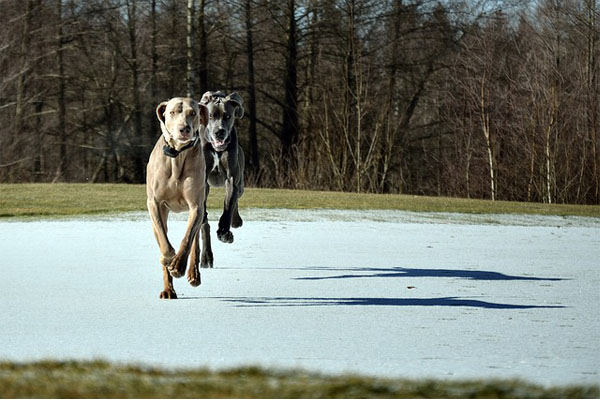 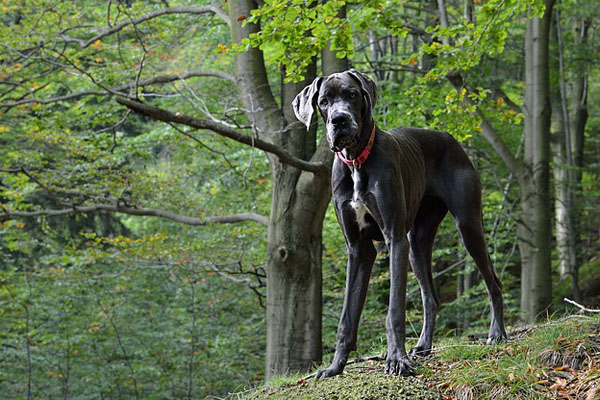