The Akita is a large breed dog known for its powerful appearance. They have sturdy, heavy-boned bodies covered with a dense coat that comes in various colors. Their head is broad and massive with erect ears and dark eyes, creating a very alert expression.

The breed is most known for their unwavering loyalty to their owners. They have served as protectors and guardians of the family for centuries in Japan, and they continue to do so until now.

Although an excellent dog breed, the Akita is not for everyone. First-time owners may have a hard time handling this dog. These are not lap dogs, and the owner needs to put in a considerable amount of time, effort, and training. 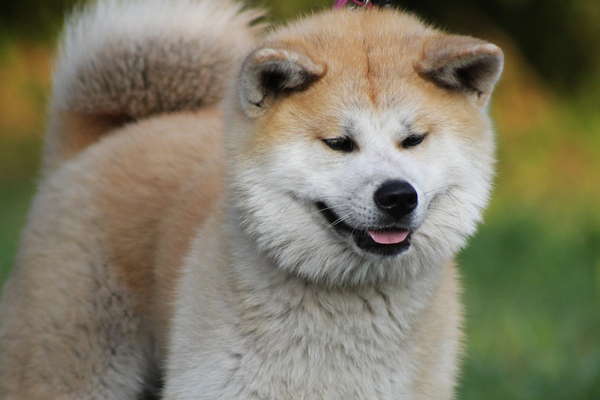 Akita dogs are one of the ancient dog breeds in Japan. They are believed to have originated from the province of Akita, where they were named after.

For centuries, Akita dogs have always occupied a special place in Japanese culture. They symbolize happiness and longevity, where when a child is born, parents usually receive an Akita statue.

The earliest record of the breed goes back to the 1600s. During these times, they were used as guard dogs for Japanese royalties. They also hunt and herd, depending on what the Japanese people ask of him.

Japanese people give credit to Helen Keller that the breed was introduced to America.

As the story goes, Japanese people held Helen Keller in high regard. They took her to Shibuya to view the statue of Hachiko, the famous Akita known for his loyalty in the 1920s. When Helen Keller said she wanted one of her own, the people of Japan did not hesitate to give her one. She brought the Akita puppy to America, but it also died of distemper at a young age. When the Japanese heard this news, they sent the puppy’s older brother.

After World War II, American men stationed in Japan brought back more Akitas to the US grounds. By 1956, a man named Thomas Boyd was the first to produce the first Akita puppies in the US.

By 1972, the breed was officially registered by the American Kennel Club. And until now, they are known to be fearless, confident, and devoted to their human family. 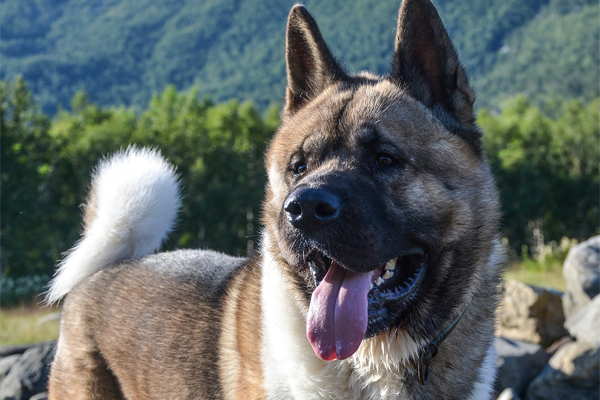 The American Kennel Club describes the Akitas as courageous, dignified, and profoundly loyal. They are affectionate and playful when it comes to their family, and they thrive for human companionship.

They love having daily activities at home, especially if both of you are bonding. They also like to express themselves through grumbling or moaning, but rarely bark.

With strangers, however, you can expect them to be alert and reserved. You also need to expect their protectiveness to show through, and they will stand guard in case you would need him.

Another thing that you should note is that Akitas are best for one-dog households. They don’t like being around other dogs and can be aggressive, especially with males. He also won’t do well with other small animals such as cats and birds.

Early socialization and training are needed to control this dog’s temperaments. This would also help him get used to new people, animals, sights, and sounds, so he’d be able to differentiate between friend or an enemy.

Of course, you would need to be firm and consistent to let him know you’re in charge. It will take a lot of patience from you as this dog breed can be very stubborn. They are strong-willed, assertive, and intelligent that he will try to get his way.

The Akita is a bold dog with varying temperaments. However, with the right person, they can be delightful pets. They are adorable, clean, calm, and quiet, especially when raised well. 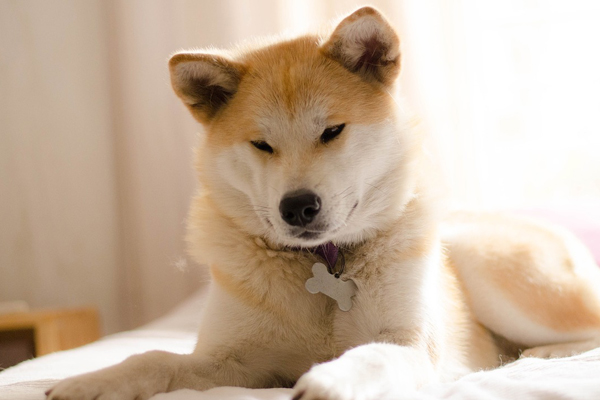