The Alaskan Malamute is a large-sized dog breed known for its close resemblance to Siberian Huskies. These dogs have a strong body and are known to have great stamina and strength. It is also impressive that it’s one of the oldest dog breeds that retained their original characteristics.

As intelligent dogs, they are not great pets for new and inexperienced owners. These dogs can be too much to handle – needing a lot of attention and space. If you don’t like a lot of hair all over your floor, you might want to reconsider purchasing an Alaskan Malamute.

But if you happen to be the right person, these dogs are wonderful additions to your family. They are gentle, playful, friendly, and, most especially, good with kids. 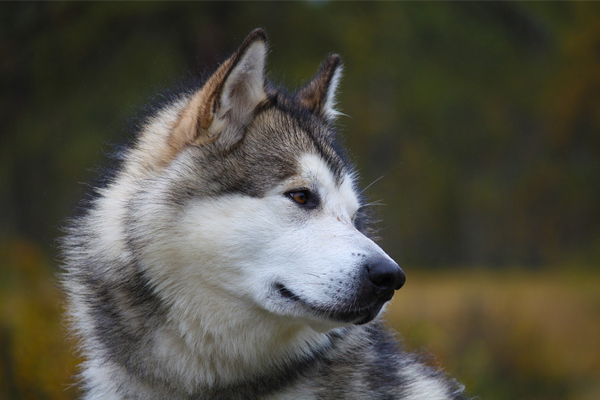 The history of Alaskan Malamute goes way back centuries, and as their name implies, they are a native dog to Alaska. They are among the oldest of the sled dog breeds of the Arctic and known for their tremendous strength, energy, endurance, independence, and intelligence.

The name Malamute came from the word “Mahlemiut,” the name of an Inuit tribe in Alaska. The Alaskan Malamute dogs were used as sled dogs by the tribe, and like wolves, they worked in packs to haul heavy objects over long distances.

When the Gold Rush came in 186, the Malamute dogs almost became extinct. Native dogs were bred with the Malamutes, and the pure breed’s number started to decline. Since the natives valued the dog so much, they isolated the tribe, and the breed survived.

As years passed, several strains developed in the Malamute breed – the Kotzebue strain and the M’Loot strain. This was around the 1930s. And by 1935, the American Kennel Club officially registered the breed.

When World War II erupted, most registered Alaskan Malamutes were loaned out for war duty to assist. They were mostly used as sled dogs, and a lot of them died during that war.

It’s said that all Alaskan Malamutes registered with the American Kennel Club can be traced back to the Kotzebue’s strain, and they also remain to be one of the least altered dog breeds. 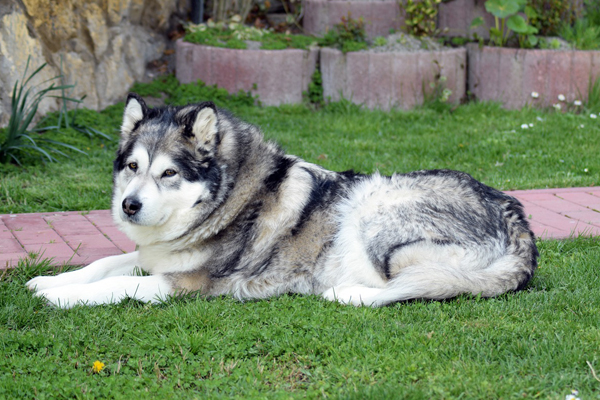 Alaskan Malamutes may be large dogs that resemble a wolf. However, their personality is so far from that. These dogs are known to be affectionate, loyal, and playful.

These dogs are not for owners who can’t give them enough attention. They are highly energetic and certainly love the outdoors. If not given the right amount of exercise, they can become destructive, will not stop howling, and can chew on your furniture.

But, if provided the right care, they are loving family members. They are friendly with everyone, even with strangers, so they may not be good watchdogs. They are also known to be good and gentle with children.

The only concern is that some Alaskan Malamutes show aggression towards other animals. They love to be dominant among other dogs and show some predatory instincts with smaller pets. They’re best in one-dog households.

Training an Alaskan Malamute can be a challenge, so you must establish yourself as an alpha. Be consistent and don’t be intimidated by his demanding personality. Early socialization is essential, too, if you want them to be more well-rounded inside your homes. 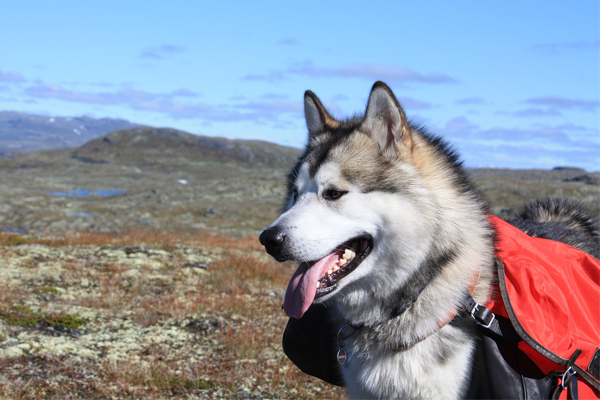 Toro: The first dog to unite all strains of the Alaskan Malamutes.