Anatolian Shepherd Dogs are large-sized dogs originally used for hunting lions and horses. These are giant dog breeds known to have descended from the oldest canine bloodlines, and they stand at the height of 27 inches. They feature a coat that comes in colors of cream to fawn with a black mask and ears.

With their huge size, they may not be an excellent fit for families with little children as they may cause accidents. But with the right owner, Anatolian Shepherd Dogs are fine and loyal companion dogs. They are the best fit for experienced dog owners who are willing to take the challenge and responsibility. 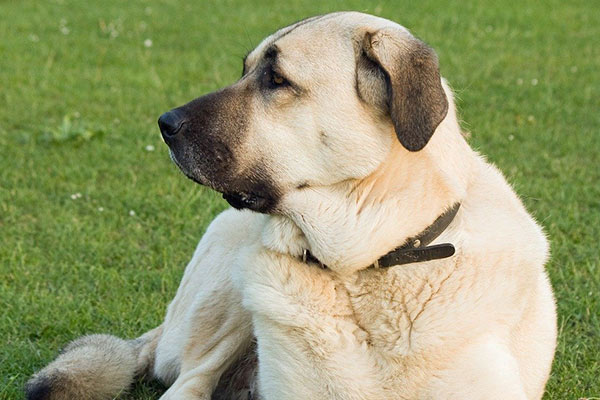 Anatolian Shepherd Dogs originated from Anatolia about 6000 years ago. The place is located in the central part of Turkey, and it is believed that even up to this day, the dogs are considered to be a pride of this place.

According to the story, wandering tribes from Central Asia brought some Mastiff-type dogs to Turkey. These dogs were then crossed with sighthound breeds from the Southern regions resulting in a quick-moving, long-legged, and aloof dog.

The region of Anatolia is described to be a high plateau of plains and rolling. The climate is harsh, and so is the terrain. Because of this, locals are dependent on their flocks of sheep and goats.

The Anatolian Shepherd Dogs, or known as the Coban Kopegi (shepherd dog) before, stayed with the flock all night and day. Their quick movements serve well in reaching a scattered flock from one end to another. And their powerful and robust bodies enable them to tackle any predators.

After World War II, in the 1950s. Anatolian Dogs were imported to the US. However, it wasn’t until the 1970s that the dog was introduced. It was also around this time when the Anatolian Shepherd Dog Club of America was formed.

It took several years later, and the American Kennel Club finally recognized the dog breed in 1995. Now, these dogs rank 90th as the most popular dog breed in the US.

Many of these dogs still work as guard dogs in ranches until today. Some are also used as service dogs or therapy dogs. But, after a long day of work, Anatolian Shepherd Dogs are great family companions.

The American Kennel Club describes the Anatolian Shepherd Dogs as loyal, independent, and reserved dogs. They are not playful dogs that you can ask to play fetch. Instead, they are very serious and are happier if they have work to do.

They are generally calm, quiet, and dignified dogs. Despite their intimidating size, Anatolian dogs don’t attack unless challenged. They can be very protective of their own families, but they can be very affectionate too.

They are aloof to strangers or anyone outside their family. They may not also be great dogs for families with little children. However, they can be patient with other pets who are submissive to him.

Socialization is essential for this dog breed to make them more well-rounded. Anatolian Shepherd Dogs tend to decide on their own who they consider a friend or not. If they are not socialized or accustomed to new people or animals, they can be hard to manage.

Training may come as a challenge if you’re not experienced. It will help if you show him that you’re the leader between the both of you. Consistent and firm leadership is the key to make them obedient.