Bernese Mountain Dogs, or also called Berners, are large-sized dogs initially used as an all-around farm dog. The Bernese Mountain Dog makes an excellent watchdog on farms, and their sturdy build is surely something farmers can rely on.

They have thick, long, and silky coats that protect them from cold weather conditions in Switzerland. It also comes in three colors, jet black, white, and rust, with distinctive markings on their coat and face that will immediately allow you to recognize them. Their eyes scream with intelligence that gives that look of nobility in them. 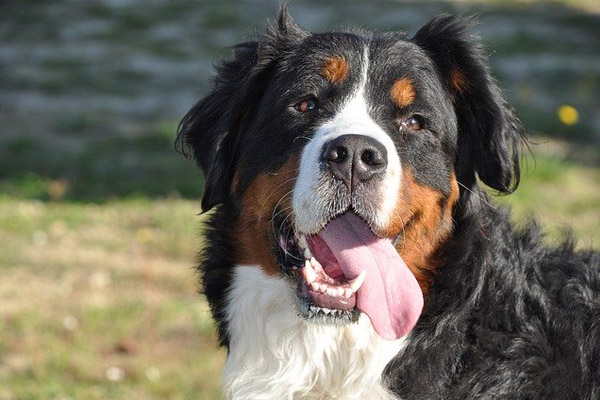 Bernese Mountain Dogs are believed to have been working on the farmlands of Switzerland for more than two centuries. They are one of the four mountain-dog breeds in the Bern Canton, which originated from crossbreeding farm dogs from the Alps and the Molosser.

Bernese Mountain Dogs have spent their time driving cattle and guarding farmlands. But after a long day of work, they become the farmers’ companions. They are also exceptionally known for their strength and ability to pull an object 10x their weight.

They were really useful in ranching and farming. However, despite this, their number still started to decline in the late 1800s. By 1899, some Swiss farmers decided to preserve the native breeds, and the dog club Berna was founded.

When 1902 came, the same dog club sponsored a show to introduce the Swiss mountain breeds, and in 1904, the dogs were finally recognized as the Bernese Mountain Dogs.

After World War I, they finally brought the first Bernese Mountain Dog to the United States. And it was only in 1937 when the American Kennel Club finally recognized the dog as a breed.

Now, Bernese Mountains Dogs remain to be gentle family companions. Their noble stature and tricolor coat is extremely popular, giving them the 22nd ranking in the most popular dog breed in the US. 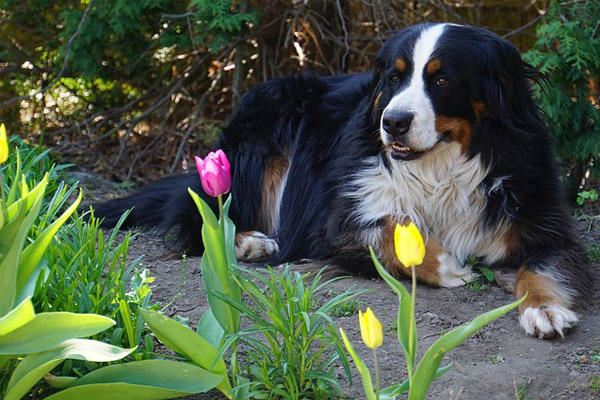 Bernese Mountain Dogs are good-natured, calm, and strong. But they are also affectionate, intelligent, and alert. Basically, they are even-tempered dogs.

Though a working dog, Bernese doesn’t need a lot of exercise. There will be days when he’ll laze around and wouldn’t care if you do something for the day or not.

If you’re living in a hot country, the Bernese may struggle with the climate. Their thick coat is designed to warm them up on cold weather conditions, and they won’t be able to handle too much heat. They will be excellent dogs in snowy areas, and you can even ask them to pull you on a sled as they have incredible strength.

The Bernese Mountain Dog makes an excellent family dog, and they are very gentle with children. However, there are times where they might only be attached to one person. They will also make excellent dogs even if you’re a first-time owner, as long as you provide them with their needs.

They can also get very protective of their family, but they are rarely aggressive. They can also be extremely shy when it comes to strangers or other animals. But there are also a few Bernese that tend to become aggressive with male dogs.

Obedience training is also something that you can do. This way, he’ll be able to maintain his good nature. Of course, don’t forget to give him praise and always acknowledge an excellent job. 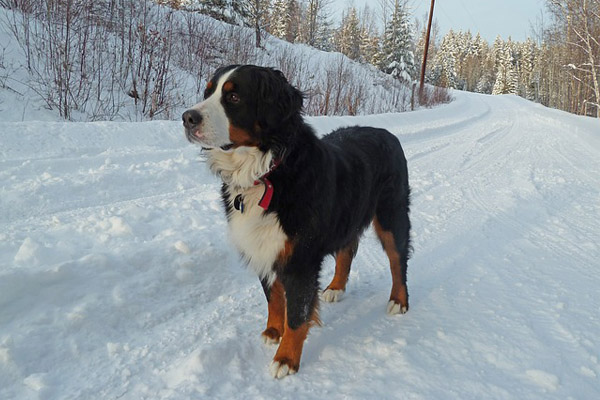