Black Russian Terriers are giant-sized dogs of black color. They stand at the height of 30 inches, featuring a long, rough coat that covers their eyes and forms a beard. The Black Russian Terrier was bred by the Russian army to guard in areas with very cold environments.

Black Russian Terrier dogs are not for first-time dog owners, especially those who can be easily intimidated by their size. These dogs are very smart and can be very stubborn. They need someone who knows how to show authority that they can follow. 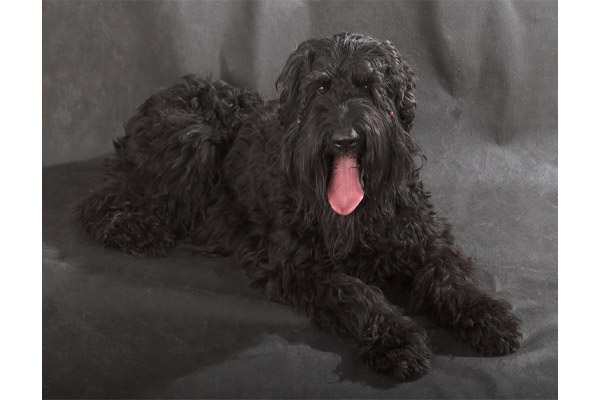 Black Russian Terriers are known to have been bred during the Cold War. They were bred by Soviet Army scientists in Russia around the 1930s. The goal was to create the perfect working dog – a “super dog” that can patrol and guard the borders even under harsh weather climates.

It is believed that 17 breeds were used for the breeding program. Some dogs included were Giant Schnauzers, Airedale Terriers, Rottweilers, and Newfoundland. They also mixed a large Russian breed of their own such as Ovcharka and Moscow Retriever.

When the breeding program was a success, Black Russian Terriers were deployed at border crossings, remorse prisons, and military bases. They have worked for years; however, by the 1950s, gulags began closing.

Russians noticed how they have more dogs than needed that they had to sell Black Russian Terrier puppies to the public. To ensure that the breed standard was kept, the Soviet Army wrote the first breed standard in 1958.

By 1981, Black Russian Terriers became one of the most admired breeds in the world. They are large, protectors, great working dogs, fearless, elegant, and friendly.

It was only between 1989 and 1990 when Black Russian Terriers were imported to the US. However, it took years before the American Kennel Club recognized them as a breed in 2004.

Black Russian Terriers currently rank 118th as the most popular dog breed in the US. It may be a long way to the top, especially that not everyone can handle them. However, for those who do, they are truly majestic companion dogs.

Black Russian Terriers are intelligent, calm, and powerful dogs. They have strong guarding instincts that are ready to protect when things get tough.

These dogs are very active and much better living in homes with a large backyard. They are also best paired with families who are active and can give him enough time and attention.

Black Russian Terriers should not be left alone for long periods. They can become destructive; given their size, they can turn your house into a mess.

Despite their large size, these dogs love children. They are gentle with them and will surely protect them. They can quickly get along well with other pets raised with them; however, they have tendencies of chasing strange smaller animals.

As they are bred to guard and protect, Black Russian Terriers are suspicious of strangers. This is why it’s essential to socialize them at an early age as this will help them become more well-rounded. This will also allow them to be calm when faced with anything new.

Training can be challenging. These are smart dogs and can be very stubborn. They get bored quickly and will do what they want unless you provide firm and consistent leadership.

Don’t let him do repetitive commands, and as much as possible, dog training should be short and exciting. Positive reinforcements will play an important role here, but also remember to be patient. 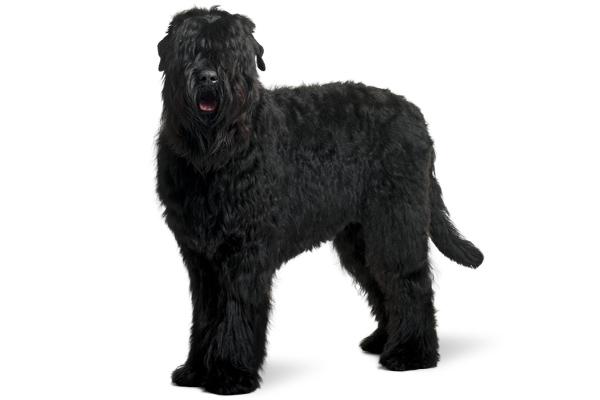 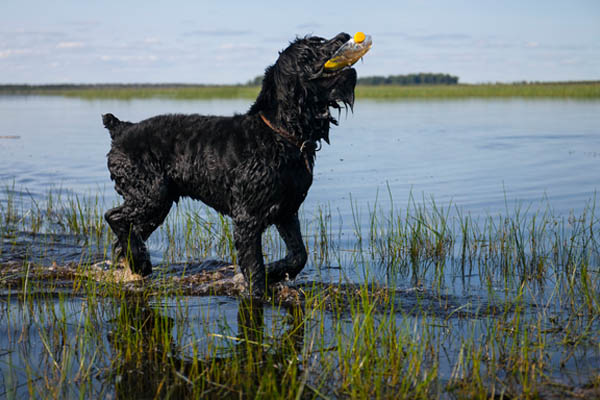