Cane Corsos are one of the largest dog breeds. They feature a large head, big muscled body, and alert facial expression that will surely intimidate anybody. The Cane Corso is a serious dog who is dedicated to protecting its family.

Cane Corsos are known to be intelligent, loyal, eager to please, and versatile, but only to their humans. They don’t have any affection for strangers or any other animals. This also makes them excellent watchdogs.

This dog breed is undoubtedly not for everyone. The Cane Corso needs someone serious about owning a dog and dedicating some time to training. 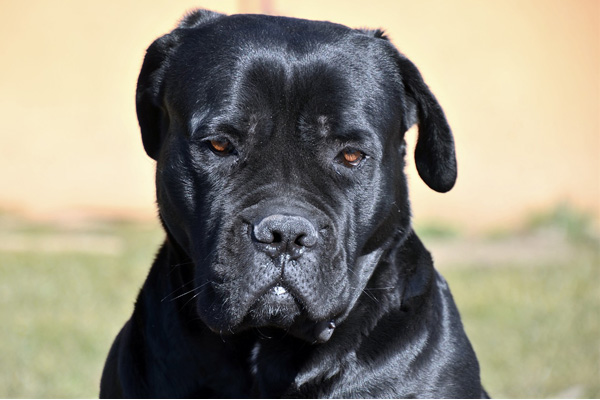 Cane Corsos are one of the newest breeds registered in the American Kennel Club. However, though known, they’re ancestry can be traced way back centuries ago.

It’s believed that Cane Corsos descended from the ancient Mastiff-type dogs called Mollosers. It is thought that when the Roman Empire’s power was at its peak, these dogs were brought to Italy and bred with native Italian dogs.

The result were ancestors of the Cane Corso we know and the Neopolitan Mastiff. The first Cane Corsos were used as dogs of conquest. They are fearless war dogs used to attack enemy lines with flaming oil in their backs.

When the 5th century came, the dogs adapted to more civilized living. They accompanied their owners for hunting, farming, livestock driving, and even guarding the farms. For centuries, the Corsos lived as farmer’s dogs in the Italian countryside.

Unfortunately, when farming became mechanized with the arrival of invasions, the breed’s number started declining. And when the mid-20th century came, they were almost extinct.

Good thing a few survived in the backcountry of Italy, and in 1970, Italian breeders started reviving Cane Corsos.

Ten years later, the breed started appearing in European shows. Their popularity continued to grow until they were brought to the US in 1988. But it was only in 2010 when the American Kennel Club finally recognized the dog breed. 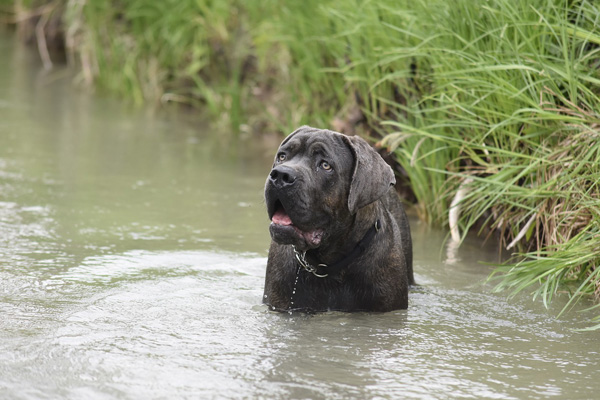 Cane Corsos are generally affectionate, intelligent, and majestic dog breeds, especially with their family. Without the right attention, these dogs can be destructive when bored. They are also very athletic and would require a lot of exercise.

These dogs are incredibly loyal. Most people say that they live for their families, and they certainly wouldn’t want to be left alone.

They are great with older children who know their boundaries, while little kids need supervision. Remember, the Cane Corso is a large dog breed that might accidentally injure your child if you don’t keep a close eye on them.

When it comes to strangers, expect them to stand on high alert, but they should not show any aggression—the same thing when he encounters other dogs.

Cane Corsos are brilliant dogs, and they tend to go about their way. If you’re not firm enough and show him that you’re the leader, expect that he will try to boss you around. Make sure to maintain patience when training him, as he will most likely test it. Avoid showing harshness as this can be very dangerous.

These dogs are sensitive, so be careful with the tone of voice you set. As much as possible, be calm, firm, and, most of all, consistent. It’s also a great idea to shower them with compliments if they do something right.

Early socialization is also crucial to prevent bad temperaments from emerging. This is especially necessary if you want to suppress his aggressiveness towards strangers and other animals. It will also help if you meet the parents to see what temperaments you need to watch out for in your Cane Corso. 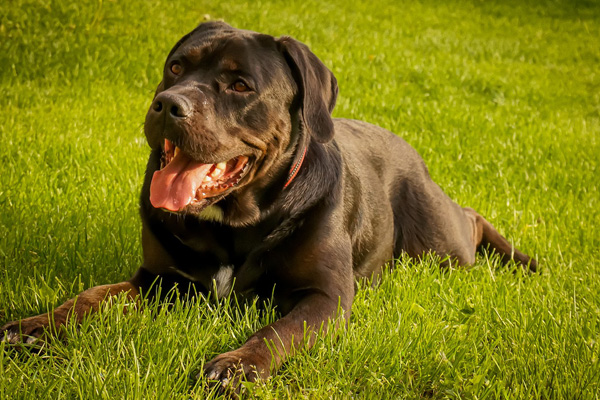