Dobermans are usually depicted and stereotyped as vicious, ferocious, and aggressive. They are most of the time feared; however, this is far from the truth. The Doberman Pinscher is actually a loving family dog and will only attack if needed.

Doberman Pinschers is a fairly new breed that only came into existence in the late 19th century. However, though new, they immediately became known for their compact and sleek body. They carry a smooth, glistening coat that is, most of the time, colored black. They hold a tall stature that makes them elegant and noble.

No wonder that in even just a small amount of time, they became one of the most popular dog breeds in the US. 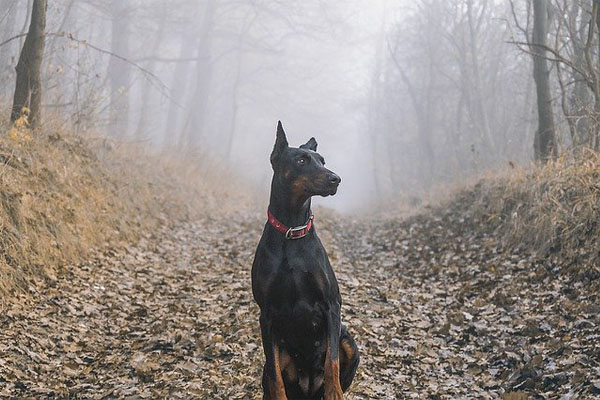 Doberman Pinschers came into existence only in Germany in the late 19th century.

As the story goes, they were created by a man named Louis Doberman, a tax collector. And even in those times, he knew the dangers of his job. There are a lot of risks, such as bandits around the area who would want to steal the money. Because of this, he thought of breeding a dog that will serve as a guard to protect him in case bad things happen.

He crossed several dog breeds together that eventually resulted in the Doberman Pinscher that we know today. By 1876, the Doberman Pinscher was shown, and it was met with great excitement. Unfortunately, there were no records as to what dogs he used. And when Dobermann died in 1894, he carried this information with him.

German breeders continued his work and refined the Doberman Pinscher. This time, they focused on creating a super dog. However, the breed came to be aggressive.

It was only until a breeder named Otto Goeller that the Doberman Pinscher became a more gentle and good breed. The dogs started performing and winning dog shows, and even served the two world wars and became known war heroes.

Temperament Of The Doberman Pinscher

Doberman Pinschers are known to have loyal, fearless, and alert temperaments. Despite their bad reputation, you can trust Dobermans whenever you need them. They are playful and love being with their family. Their protective nature comes when the need arises.

As working dogs, Dobermans are used to being busy, whether it’s physically or mentally. They are easy to train, but you would need to be creative to come up with different ideas to entertain them. Another key is you need to be firm and consistent as the owner.

If left with too little exercise or too little bonding, behavioral problems may start to arise, and you don’t want that.

Most Dobermans love everyone. And though they are reserved with strangers, they will stay on high alert just in case. They are also good with children raised with them. However, there are times when they only want to bond with one person.

When it comes to other dogs, they might tend to be aggressive towards other males. But in general, they are not dog-aggressive. Most even quickly get along with other dogs.

Early socialization is the key to control behavioral problems. Socialize them with strangers, sights, and other animals while they’re young.

This is not a dog for everyone. They need someone who can pay attention to them and be able to give them their exercise and training needs. 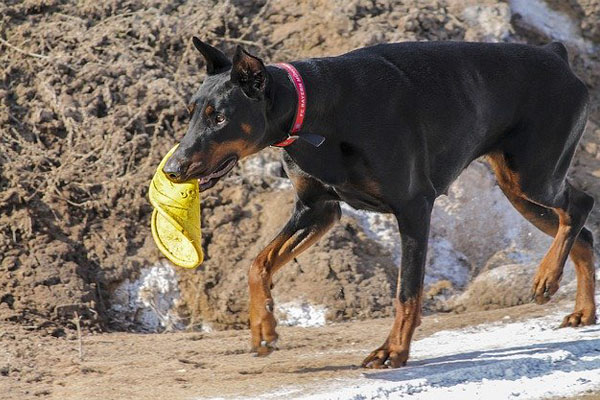 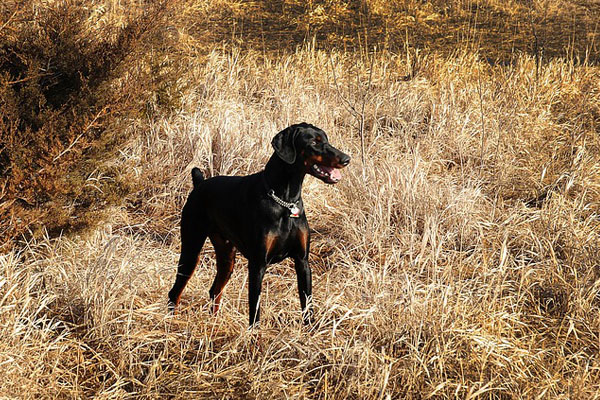