Dogue de Bordeaux are large-sized dogs that are close to the Mastiff-type dog breed. These dogs feature a massive head, a muscular body, and a wrinkled face wearing a serious expression. Their bodies are covered with a smooth, short coat that comes in fawn color.

Dogue de Bordeaux are known to be devoted family dogs for all ages. Despite their size, these dogs are sweet and sensitive, and several families in the US love them as part of the family. 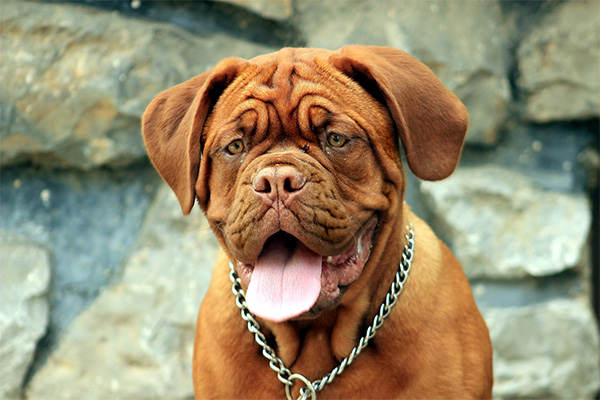 One theory suggests that the descendants of this breed came from France. This happened when Julius Caesar was conquering lands during the first century BC. The dogs are believed to be Mastiff-type dogs and were utilized as war dogs and gladiators.

They were referred to as the “Bordeaux Mastiff” or the “Bordeaux Bulldog” for centuries. They came in two varieties, but when the smaller version, the Doguin, became instinct, the dogs were renamed to Dogue de Bordeaux.

The Dogue de Bordeaux spent most of their history as fighting dogs. But when industrialization slowly came, they were also slowly used as hunters, drafters, and guardians.

They were most especially known as guardians of noble estates during the 1700s. However, when the French Revolution came, these dogs were left with no home and owners.

The dogs disappeared for years until their first-recorded appearance in a Paris dog show in 1963. It wasn’t until 1959 that the dog breed was brought to the US.

However, it took 30 years before their popularity soared higher because of a comedy film. By 2008, the American Kennel Club registered the dog breed. 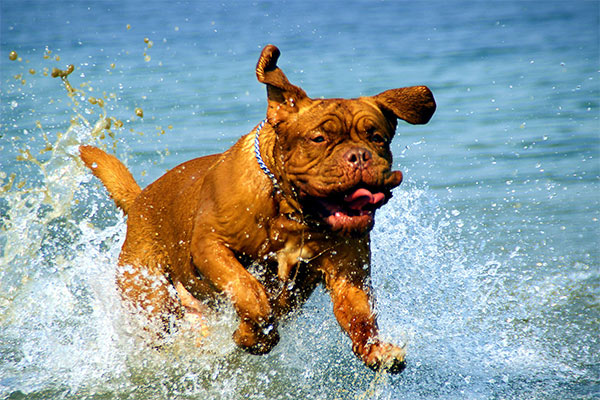 Despite their large size, there isn’t anything to be afraid of these dogs. Dogue de Bordeaux are known to be affectionate, loyal, and courageous dogs. These dogs are usually calm, quiet, and relaxed unless provoked.

They are known to be wonderful family dogs. They can be great indoor dogs who would be happy to sit and lie down. They are loving and gentle towards children, so there is very little to worry about. However, supervision is still highly recommended, especially if you have toddlers.

They thrive for human companionship and attention. They also love outdoors if given a chance, so make sure to give him some space too.

The only problem you might face is their aggression towards other animals, especially dogs of the same sex. They don’t start fights, but they don’t back down either. So make sure to keep him on your side of the fence to prevent these things from happening.

With their stubbornness, training might come as a challenge. If there’s one thing you should remember, don’t be harsh. Instead, be firm and consistent with letting him know you’re in charge.

As puppies, the Dogue de Bordeaux dogs need to be socialized to get accustomed to new people, animals, sounds, and sights. This will also make them more well-rounded dogs.