Leonbergers are giant-sized dogs standing at the height of 31 inches. These dogs are known for their royal-like grace and elegance. The Leonberger features a medium-length coat, a bushy tail, and a lion-like mane around the neck and chest.

Leonbergers need early socialization and training to make them into a great family friend. Without it, their attitude will become quite a challenge. They love being with people and must not spend long periods alone. They also need a lot of space to run around, so an apartment living condition might not be the best for them. 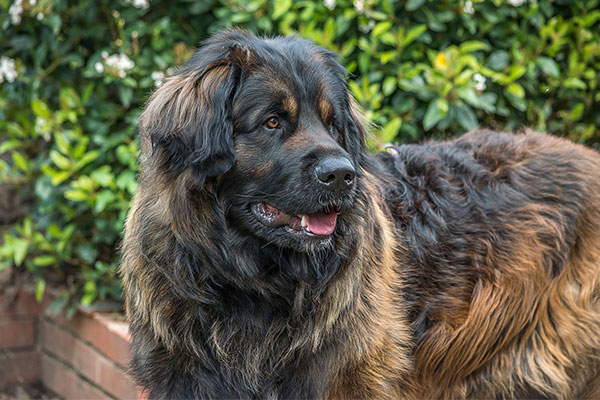 Leonbergers originated in Germany from a place called Leonberg, hence its name. This was around 1846. According to a story, a breeder named Heinrich Essig developed the dogs to create a lion-like dog, which is a part of Leonberg’s crest.

It is said that Essig crossed a Landseer Newfoundland and a St. Bernard a couple of times. The litter of the two breeds was then crossed with a Pyrenean Mountain Dog. There was still a lot of crossing that happened before the Leonberger was developed, but sadly, there were no records.

The only thing that matters, Essig succeeded in creating a dog fit for royalty. When Leonbergers first appeared, the dogs immediately became popular in the royal and imperial households of France, Austria-Hungary, Germany, and Italy.

Among the many royals who owned the breed are Napoleon II, Prince of Wales, and Emperor Napoleon III.

By 1891, the first Leonberger clubs were established. Besides being excellent companion dogs to royalties, Leonbergers were also popular farm dogs used to pull carts. They also assisted in two World Wars, which almost caused the breed’s extinction.

Fortunately, the breed was saved by two Leonberger devotees, Stadelmann and Josenhans. A breeding program started, but this was soon taken over by the German government.

By the early 1900s, the first Leonbergers appeared in Canada and the US. Soon after that, a club was formed in 1987. However, it took a few years later, before the American Kennel Club officially recognized the breed in 2009. Now, the dogs rank 93rd as the most popular dog breed in the US. 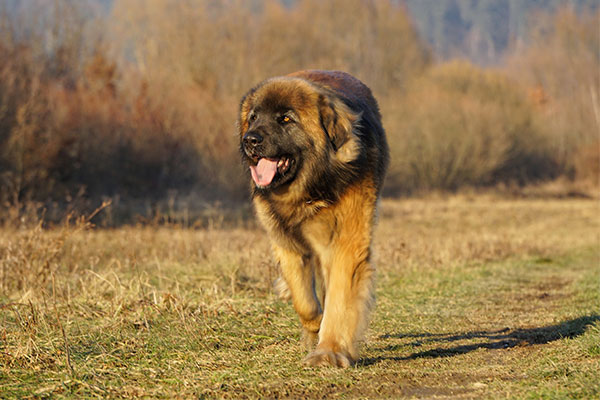 The American Kennel Club describes Leonbergers as friendly, gentle, and playful. Known to be of royalty, these dogs are noble and powerful. They are usually calm and steady indoors but are athletic when outdoors.

These dogs enjoy a lot of outdoor activities, and you can also depend on them as working dogs. Anything that makes them productive is enjoyable for them – regular play sessions, not so much.

Leonbergers are loving dogs who love being part of the family. You shouldn’t cage them in or leave them alone in your backyard. Make them feel welcome and special.

Though protective instincts kick in as they mature, these dogs are not aggressive. They can be discriminating towards strangers and will bark when someone suspicious comes. When things get worse, expect that they will jump in.

Toddlers should be supervised when around these dogs. Leonberger’s size may cause them to get hurt accidentally. Dog aggression can be one of your problems, too, especially if it’s a fellow Leonberger of the same sex.

Any aggression can be taken care of with early socialization. Get them accustomed to new people, animals, sights, or sounds. Obedience training should also start at an early age. They can be dominant dogs, so make sure to instill a firm and consistent leadership.