The Mastiff is an ancient breed, and if you can describe them in one word, you’ll be using the word “Massive.” With a height that reaches 30 inches the least, this dog can tackle down a full-grown man. Scary right? Well, don’t be.

Though they are built with sturdy and muscled bodies, Mastiffs are known as good-natured dogs. They are gentle giants, as others would call them. They feature a massive head with wrinkled foreheads, giving an alert expression.

As family dogs, they are very loving, loyal, and protective. But, if you want to have them as pets, there are several factors that need to be considered, such as your living space. 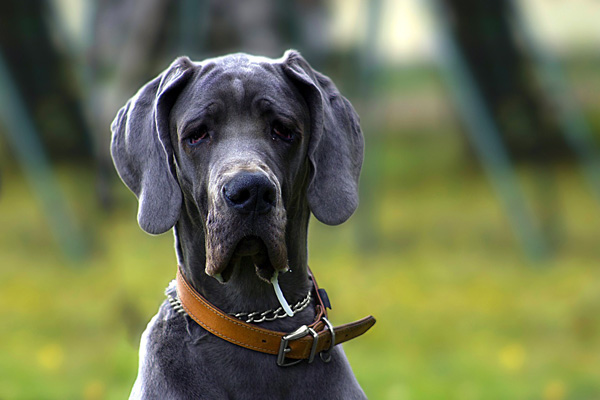 The Mastiff’s origin was way back centuries ago. They are believed to be descendants of the ancient dog breed, Molosser. And historical evidence suggests that Mastiff-like dogs have served as guard dogs, war dogs, and entertainment dogs for millennia.

The Mastiffs we know of today were developed in England. They were used as big-game hunters, guard dogs, and war dogs. They even fought alongside the British against the French in 1415. They were excellent working dogs. Sadly, the breed almost came into extinction twice.

The first one was after the year 1835. It was when bloody sports such as bull baiting, bear baiting, and dogfighting were no longer allowed.

They only came back in during the 19th century when dog shows started to rise. This was also the time when the calmer versions of the breed came out. However, when the two world wars broke, their numbers started to decline again.

Food was scarce, and since the Mastiff ate a lot because of their large size, it was impossible to feed them. Fortunately, two Mastiff puppies were brought to Canada after World War II. These two puppies became the foundation to recover the breed.

However, as to when and how the Mastiff came to the US is still unclear. But what is sure, though, is that the American Kennel Club finally registered the breed in the year 1885.

Until now, the Mastiff remains one of the most popular dog breeds in the US as a “gentle giant.” 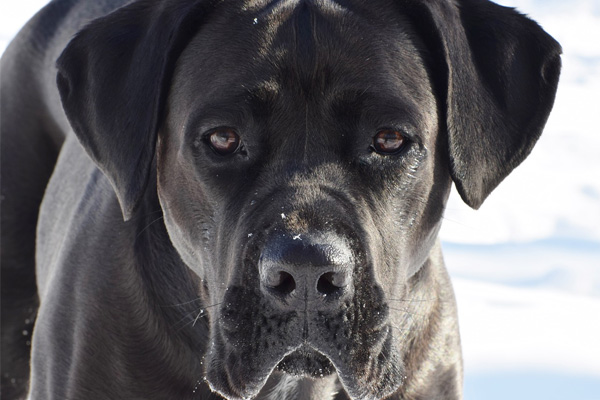 Far from their war dog history, Mastiffs are calm and quiet. The American Kennel Club describes them as courageous, dignified, and good-natured. They are never shy, and they are not vicious, either.

He is loving and affectionate when it comes to family. And since he is a very calm dog, he is a great companion for older children. Just keep him away from toddlers (especially the Mastiff is an adult) to avoid accidents and injuries because of their massive size.

When the need arises, the protective nature of Mastiffs also comes out. They don’t like conflict, so you can expect them to step up when he sees someone in the family arguing. Even though they appear tough, this dog breed is highly sensitive and must be treated with care.

With strangers, Mastiffs are polite. However, you can expect him to stay alert in case you might need him. They make excellent watchdogs and guard dogs. They’ll likely corner thieves until someone arrives to catch them.

If you have other pets growing with your Mastiff, then this is not a problem either. They are very peaceful with other animals, but same-sex aggression might come out in a few Mastiffs.

The key to maintaining a Mastiff’s calm temperament is early and frequent socialization and training. Just remember to be patient with them. You should also stay consistent and let him know that you’re his leader.

Another thing to note is that this can be a messy breed. They are gassy dogs, and they snore, drool, and slobber. They are not an excellent fit for everyone. Plus, they need ample space to stretch their big body. So, an apartment building environment will not do well with them. 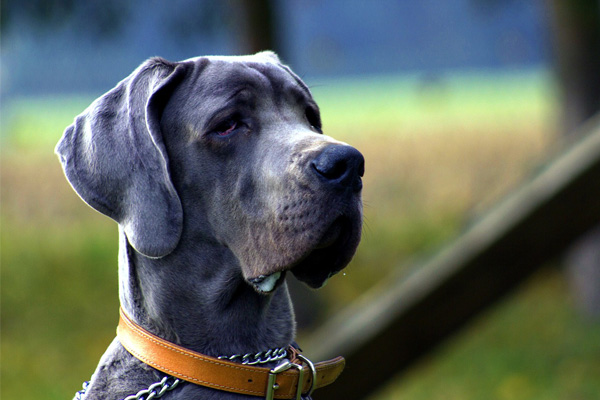