Neapolitan Mastiffs are known as majestic and powerful guardian dogs from Italy. Thes Neapolitan Mastiff stands at the height of 31 inches, has a wrinkled face, and loose skin. They can be intimidating to look at, but these dogs make excellent family and companion dogs.

Neapolitan Mastiffs are known as gentle giants. However, they will not be the easiest to live with, especially for inexperienced dog owners. Drools and gas will also be one of your problems, so if you want a neat dog, the Neapolitan Mastiff may not be for you. These dogs may not be suitable for apartment living conditions because of their massive size.

If you’re looking for a unique companion ready to protect, the Neapolitan Mastiff might be for you. That is if you’re willing to do extra work to show him the right love and care. 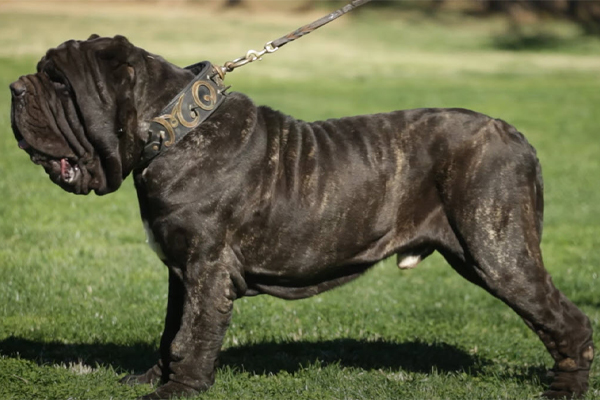 The history of Neapolitan Mastiffs can be traced back to Naples, Southern Italy. They are believed to have descended Roman war dogs and British mastiffs. The breeders’ goal was to create a dog of giant size who would serve to protect them but are, at the same time, loyal and loving towards their family.

For years, these dogs remained in Italy until 1946 when they were brought to a Naples dog show. A journalist, Piere Scanziana, saw the breed as a descendant of the Roman Empire. So, he worked the hardest to make it known in other countries.

He started by creating the breed standard, and three years later, the breed was finally recognized by the international dog registry. It was in the early 1970s when the breed became famous all over Europe. Around 1973, the first of the breed was imported to the US.

Neapolitan Mastiffs are best described as loyal, dignified, and watchful dogs. They are usually calm, quiet, and relaxed when indoors, but expect that when the need arises, he becomes a great protector.

Though loving and affectionate towards family members, Neapolitan Mastiffs are suspicious towards strangers. They will not attack unless necessary, but they will stand guard until he knows everything is alright.

They are also known to be possessive, especially with one person he becomes attached to. Thus, it’s not recommended to leave this dog alone for long periods as he tends to get separation anxiety.

Neapolitan Mastiffs will make great companions for older children who already know how to behave. Toddlers, however, need supervision as the giant size of this dog may cause accidents. They are also good with pets that grew up with them. But dog aggression may be a problem for stray dogs, especially if of the same sex.

Early socialization will help a Neo become more well-rounded dogs. This will also help keep the aggression at bay as he gets accustomed to new sights, sounds, people, and animals.

Training should be done at an early age, and it should be firm and consistent. You should be confident and let him know that you are the one he needs to follow. 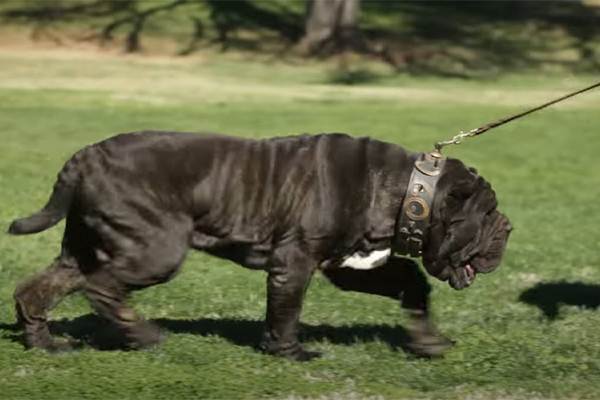