Newfoundland is a giant dog breed that can weigh up to 150 pounds. They can grow larger than humans; however, there’s nothing to be afraid of because Newfoundlands are gentle and sweet. They feature a large-sized head with a very soft facial expression.

This dog breed is perfect for families with children. If you remember the animated film Peter Pan, Nana, the dog, which also acts as the children’s babysitter, is a Newfoundland. This is certainly not far from reality as this dog is excellent at handling children.

They are best known to be naturally great swimmers, saving several people from drowning. At the same time, they also make great assistants on land, especially with tracking or pulling a cart. 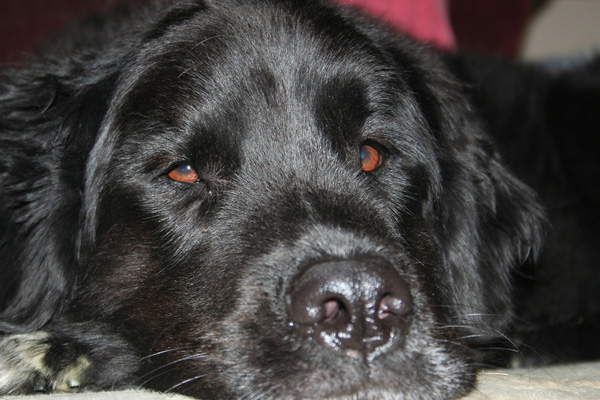 The Newfoundland dog originated from no other than Newfoundland, a province in Canada. As excellent swimmers, Newfoundlands worked alongside the fishermen of the area. They haul fishnets to the shore, cart the day’s catch, and even help in water rescues.

Unfortunately, there are very few details on how Newfoundland dogs came about. But many believed that they are somehow related to Pyrenean mountain dogs. There is also a theory that they’re a cross between a Tibetan Mastiff and the American Black Wolf, while another theory is that they’re a result of crossing different European breeds around the 15th and 16th centuries.

In the 18th century, Newfoundland was sent to Britain and France, where they gained a lot of popularity.

As the story goes, an English Botanist named Sir Joseph Banks was the one who acquired the Newfoundland dogs. They were then named in 1775 by George Catwright, and in the late 1800s, Professor Albert Heim identified and described the breed.

Sadly, in the 1780s, the dog breed almost went extinct because of restrictions given by the government. It is said that Canadian families had to pay taxes to keep the dog.

The paintings of Sir Edwin Landseer somehow saved the breed by including them in his paintings. And finally, the governor of Newfoundland, Harold MacPherson, made the dog his breed of choice, which made the breed famous again.

By 1860, Newfoundland was shown in England dog shows. And by 1879, the American Kennel Club finally registered the dog breed.

They may no longer be assisting a lot in water rescues, but they are indeed excellent family dogs. They are now one of the most beloved dog breeds because of their versatility and sweetness.

Newfoundland dogs are best known for their sweetness despite their giant size. They are the ideal family pets – good with children, intelligent, and aims to please. They thrive for human companionship, and it’s not advisable to leave them alone for long periods.

If you want a Newfoundland dog, it’s best to note that they are more comfortable in a spacious home. They are big, so an apartment living will not work for them. It’s also great if there’s a lake or pond near your place where they can swim because Newfoundlands love water.

To stay fit, they need daily walks, and if you can give him something to do like pulling a cart, he’ll be happier.

They are calm, dignified, and generally quiet. They are very friendly with everyone, so you really can’t expect them to bark at visitors. However, expect that their protective side will come out if you ever get in trouble.

Early socialization and training are needed to maintain Newfoundland’s good temperaments. Although they are generally well-mannered, they need some obedience training to control their independence.

Remember to approach them calmly and patiently. Food will become your best friend to encourage him, and also it’s a great reward. 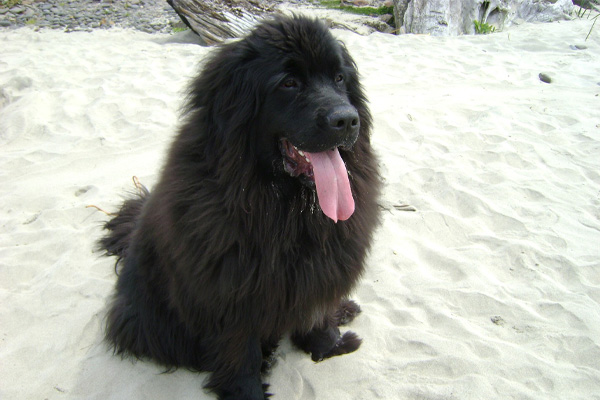