Portuguese Water Dogs or known as Cao de Agua in their place of origin, is a smart, easy to train, and water-loving breed. The Portuguese Water Dog has a muscular body designed for working, head longer than the muzzle, and ears dropped. They are covered with curly or wavy coats that come in black, white, or brown.

This dog breed makes an excellent family companion. Regardless of where you live, the Porties can easily adapt to any living conditions. With the right owner, they are affectionate, loyal, and fun to have. 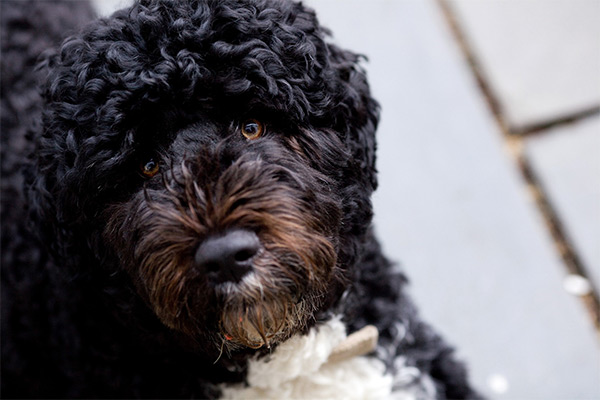 From their name itself, Portuguese Water Dogs came from Portugal’s coast, where they assisted Portuguese fishers. They herd fish into nets, retrieve lost tackle, and even act as messengers between ships and shore.

They are believed to be an ancient breed that came from Central Asia way back in 700 BC. And how they came to Portugal is not still unsure.

In the early 20th century, Portuguese Water Dogs almost disappeared because of modernized fishing. Fortunately, Vasco Bensaude, a wealthy man who loves the breed, saved them.

It was in the 1930s when his efforts to save the breed started. And by 1958, two Portuguese Water Dogs were successfully imported into the United States through a rare breed exchange program. Since then, the popularity of the dog breed has grown.

By 1984, the American Kennel Club officially registered the dog into the working group. They also rank well in popularity among all dog breeds in the US.

The American Kennel Club describes the Portugues Water Dog as affectionate, adventurous, and athletic. They are generally stable and sensible with very high energy.

He loves to play and needs large amounts of daily exercise such as long walks, occasional runs, and swimming. Mental stimulation is essential, too. That’s why he needs someone who can cope up with his energy.

They can be very demanding and may not be an excellent fit for those who don’t like outdoors. If not entertained, these dogs can be destructive.

These dogs can be independent, but you must not place them in kennels. They prefer being with their humans.

When it comes to people, their temperaments can range from friendly to polite. They are incredibly affectionate and loyal dogs with their humans but might turn out to reserve with strangers. They can also live well with other pets they grew up with.

Training your Portuguese Water Dog would require a lot of patience. You should also be consistent and treat them nicely.

Early socialization is crucial too. Expose them to many people, animals, sights, and sounds. This way, they can become well-rounded dogs. 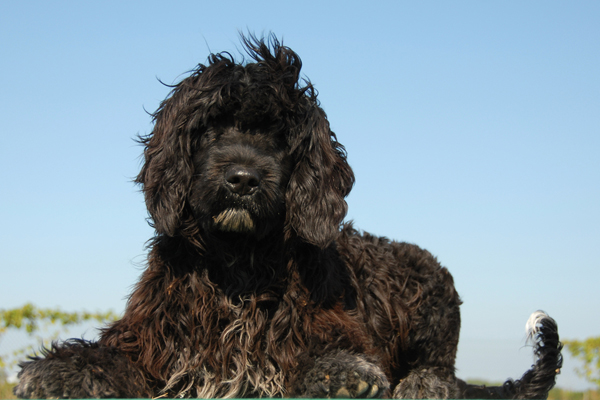