You might have known Rottweilers as vicious and hot-tempered. But let me tell you, this is far from the truth. Rottweilers are very loving and loyal to their families. With proper training, a Rottweiler is very calm and confident. They don’t just jump on strangers without evaluating them first.

They need consistent training, and with leadership that they can trust. Never use physical force as this can turn them aggressive. They are intelligent and strong dogs, and if the needs arise, they would jump in and become a top dog. Because of this, they will make excellent guard dogs as they can become very protective of their owners as well.

Rottweilers are not meant for everyone, but if they make an excellent fit for your needs, they surely make the best companions. 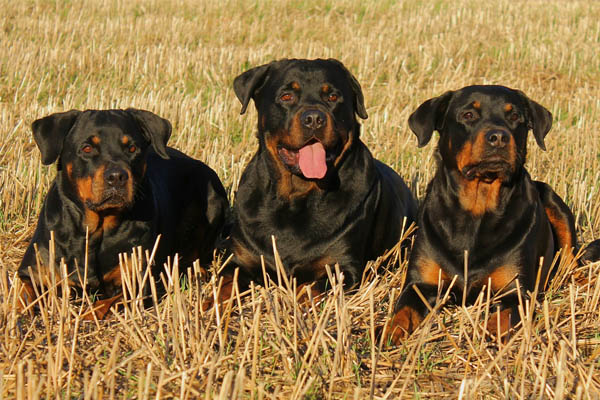 It was believed that Rottweilers descended from Molossus, a Mastiff-type dog that Romans used for herding cattle. They were one of the oldest herding breeds and displayed extreme intelligence and herding instincts.

Around 73 A.D., Romans founded the town of Rottweil, right in the south of Germany. Germans then started breeding and populated these Mastiff-like dogs in the town. For centuries, the town became one of the essential cattle-herding regions, and it finally, people have recognized the capability of the breed to protect cattle. They deliver cattle for butchering and even assists butchers to pull meat-loaded carts.

Sadly, when industrialization came, trains slowly replaced the jobs of these dogs. There was no more need for them, and they almost became extinct. There was a significant decrease in the breed’s numbers that only one breeding female was found.

From then, Rottweilers became part of the police force. In the 1920s, the first Rottweiler came to the US and, in 1930, produced its first litter.

When World War II was over, the popularity of Rottweilers increased for being obedient. However, some greedy breeders started breeding for cash and never gave the dogs the training they need. At this time, Rottweilers’ good reputation started going bad, followed by a decrease in demand.

Despite that incident, good breeders still wanted to turn the reputation of Rottweilers to normal. They started breeding dogs that have the right temperament that Rotties should be. And I guess it worked. Now, Rottweilers ranked 8th as the most popular dog breed in the US.

Rottweilers are more known for their bad reputation, which is aggressive, mean, and vicious. However, though this might be true to a few Rottweilers, most are generally loyal, loving, and confident guardians. They are one of the best dog companions to be around.

There is a fine line between the rottweilers’ aggressive and calm nature. And usually, this would depend on how you breed them while they’re young. As a Rottweiler owner, you need to be someone they can trust – a leader. Never inflict pain or show any aggressive attitude towards them as they will likely defend themselves. They are powerful and confident dogs. They know their capabilities. And, for sure, if they need to, they will stand up for themselves.

Rottweilers need firm and consistent discipline, but never to the point of being harsh. With this kind of treatment, these dogs are very affectionate towards their family and will remain loyal. They also may tend to become overprotective, but you can control this with early socialization.

When it comes to strangers, Rotties don’t jump right up at them and treat them as an enemy. These dogs are the watchful type and will observe things first before taking any action.

This breed might not be great if you’re not the assertive type. Also, you would need a lot of time and patience too. You need to show them that you are someone they should respect because they can be pretty stubborn.

Rottweilers need training at an early age – Socialize them with people and other animals in the parks every day. If you’re not confident with your training skills, you can enroll them as a puppy. 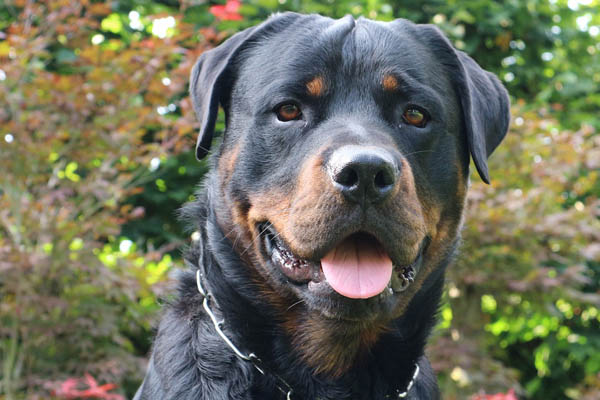 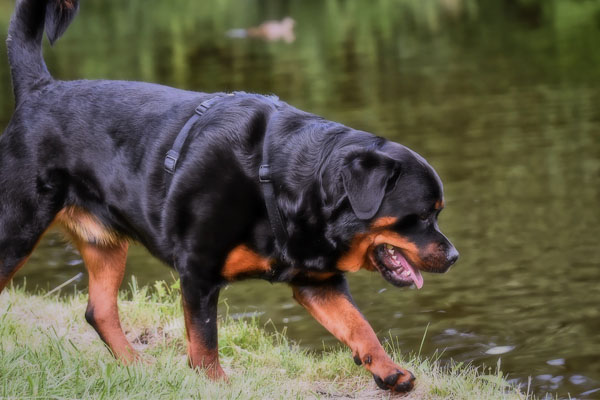