Samoyeds are large-sized dogs known for their impressively white coat and wide smiles. Despite their cute appearance, these dogs are sturdy and make excellent sled dogs as well. The Samoyed has erect ears, a broad head, and a fluffy whitetail.

They make excellent family pets, and they can surely brighten anyone’s day with their trademark smile. But, to keep these dogs happy, they need a lot of love and attention from family. They thrive for human companionship, and if it’s not given to them, they’ll find ways to complain. 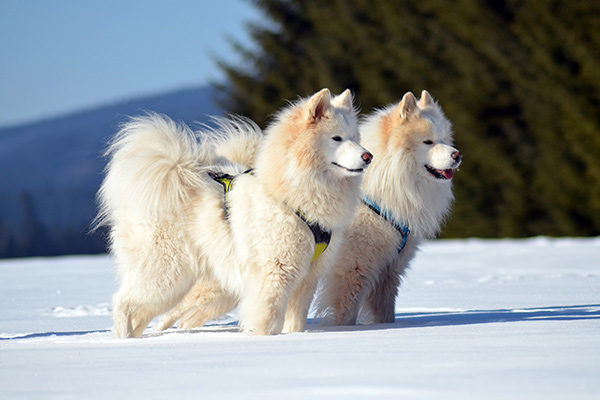 Samoyeds belong to one of the most ancient dog breeds from a nomadic tribe, Samoyede, in Siberia. Their original purpose was to herd reindeers and pull sleds as the tribe needed.

For centuries, the Samoyed dogs have remained exclusive for the tribe. But by the 18th century, the dogs were introduced to England by English Arctic adventurers. Queen Alexandra was one of the most known admirers of the breed, and she is also one of the most responsible for introducing the dog breed in dog shows.

In 1906, the American Kennel Club officially registered its first Samoyed dog. And when 1923 came, the Samoyed Club of America was formed.

Samoyed dogs are known to be adaptable, friendly, and gentle dogs. They are very affectionate with his family, and even to children of any age. They thrive in human companionship, and they certainly love joining in family activities.

With his playful attitude, the Samoyeds shouldn’t be left alone for long periods. They need attention, exercise, and play. It’s in your benefit if you get him so tired; that way, he behaves well.

Their attitude to strangers varies from friendly to polite. The Samoyeds may bark, but they are never aggressive. They make excellent watchdogs, alerting you when someone suspicious comes by.

The Samoyed’s hunter instincts make them chase small animals – this could be a cat or any wildlife trespassing. If you have other pets at home, early socialization is essential to keep him well-rounded. This way, he’ll get used to new sights, sounds, people, and animals.

Training can be challenging too. These dogs are independent and demanding, so you must always be consistent. 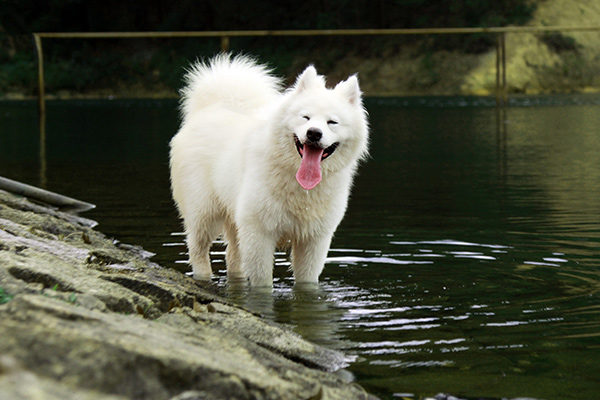 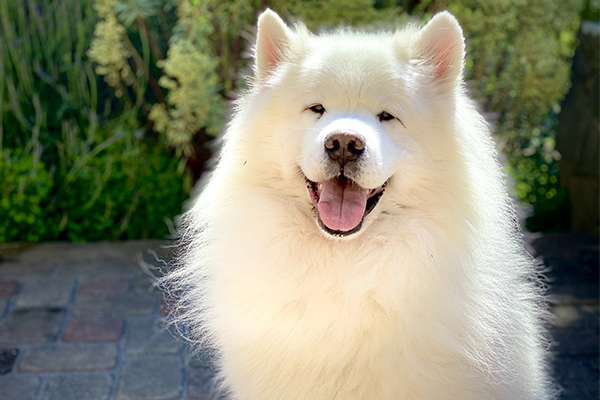