The St. Bernard dog is a giant-sized dog breed described as “very powerful” and “extraordinarily muscular.” Its coat can either be long-haired or short-haired and comes in various colors – red and white, brown and white, and brindle and white. The St. Bernard breed also features a wrinkled brow, dark eyes, and short muzzle. It’s a dog breed loved for its versatility and good behavior. He makes an excellent family pet and is very gentle and patient with children.

So, initially, the hospice dogs were used to guard the hospice grounds. And when the monks look for lost travelers, they bring these dogs for protection and find paths as well. It is unclear, however, when the monks have started using the dogs for this job. At the same time, St. Bernard dogs were refined to withstand harsh weather conditions so they’ll be more effective in their search and rescue missions.

For three centuries, the hospice dogs have saved more than 2000 travelers in the Pass. Unfortunately, they still didn’t have a name until 1880.

There have been a lot of name suggestions – Sacred Dogs, Alpendog, Barryhunden – but the Swiss Kennel Club finally decided on the St. Bernard.

Today, St. Bernards are seen everywhere, even on big screens, and they still are one of the most popular dog breeds in the US. It is said that there are still a lot of them left at the Hospice in Switzerland, but this time, they no longer search for lost travelers.

Although giant dogs, a St. Bernard will never intimidate you. They are generally playful, charming, and curious, especially as puppies. But an adult St. Bernard is typically calm and relaxed.

If you have a fear of large dogs, St. Bernard will change your mind. They are very friendly, even to strangers. But, the St. Bernard is still protective of their family when danger comes. They also love it when you give them enough attention, but they are not demanding dog breeds.

If you have children, then there is very little that you have to worry about. St. Bernards are known to be very gentle with children. And because they are very understanding and patient, you can rest assured that they won’t hurt your kids.

They also get along well with other animals raised with them. However, some may show aggression to other dogs if early socialization is not done.

Make sure that you also provide your St. Bernard with an ample amount of space for a large dog to move around. If you plan to let him off your backyard, then make sure that it’s secured.

Training is essential for any dog breed, and that includes the St. Bernard. But there isn’t much that you need to worry as these dogs are willing to please. Just make sure that you deliver things consistently, and food rewards are a great idea for A St. Bernard.

Early socialization is essential too to ensure that he never becomes aggressive to things that are new to him. At the same time, you get to control his temperaments. 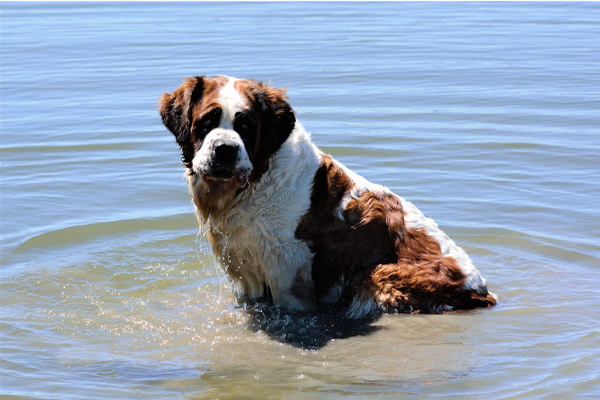 Fun Facts About The St. Bernard