Why Does My Cat Try To Scratch Me When She’s On Her Cat Tree? 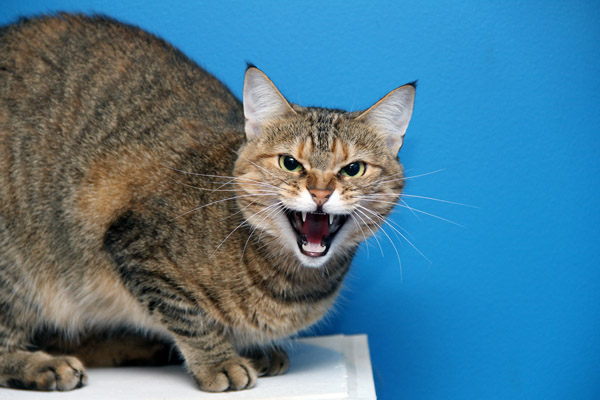 Similar to other felines, domestic cats scratch objects in their environments for various reasons. For example, cats scratch objects in order to clean their claws, release pent-up energy, or flex their claws and stretch their bodies, among other reasons. Additionally, similar to other felines, your domestic cat is a territorial creature. This means your cat can use scratching as an aggressive tactic to defend its territory against intruders, including you. Here is some more information on cat tree aggression.

An Overview Of Resource Guarding Behavior

Cats generally like to survey their surroundings from a vantage point such as a cat tree. For this reason, your cat will consider its cat tree to be one of its most valuable resources. As such, your cat will do everything it can to guard its tree against potential threats, including humans and other animals.

More specifically, when your cat is on her cat tree, she’ll display hostile and threatening behavior, such as swatting and hissing, towards anybody or any animal that approaches the tree. In essence, your cat will do this to ensure it has free access to the tree. Experts in animal behavior refer to such behavior as resource guarding, a type of aggression. 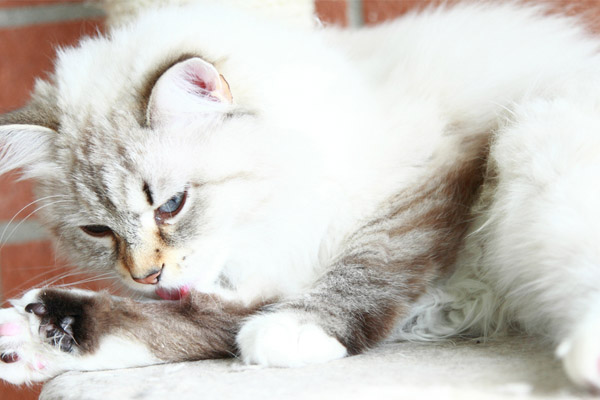 According to Pam Perry, DVM, Ph.D., an animal behavior expert at Cornell University College of Veterinary Medicine, resource guarding arises from your cat’s normal desire to protect its valuable resources. As such, ensure unrestricted access to such resources. Some of the tactics that your feline may employ to protect its resources include swatting, hissing, and scratching (attacking).

It is important to note that resource guarding is typically a symptom of underlying anxiety and can lead to cat tree aggression. More specifically, if your cat displays aggressive and hostile behavior whenever you approach her cat tree when she’s on the tree, it means she probably thinks you want to take away the tree from her.

Because resource guarding stems from underlying anxiety, the most effective way to prevent this aggressive behavior is to get rid of the anxiety, which, in this case, is your cat’s fear of losing its cat tree. To do that, acquire more cat trees for your cat and place them in different locations. If you do this, you’ll be able to shift your cat’s mindset from a mindset of scarcity to a mindset of abundance.

A Word Of Caution

According to paws.org, you should not necessarily declaw your feline to prevent resource guarding behavior. This is because, if you declaw your cat, it will be unable to perform many of its natural rituals, including stretching, defending itself against other hostile animals, and marking its territory. What’s more, research has shown that declawed cats generally tend to be nervous and irritable, making them difficult to manage. At the same time, your cat may associate the pain in its declawed paws to its litter box, causing it to stop using the litter box altogether. Instead, your cat will seek a less painful place to relieve herself, such as piles of laundry. On the health front, your declawed cat is likely to develop debilitating arthritis in its shoulders and back over time.

The main reason your cat displays aggressive and threatening behavior, such as attacking and scratching, when she’s on her cat tree is because of she’s trying to guard her resources. Experts in animal health call this behavior resource guarding. This behavior typically stems from a scarcity mindset. You will need to shift your cat’s mindset from a mindset of scarcity to a mindset of abundance. Therefore, prevent resource guarding behavior by acquiring more cat trees for your cat. More importantly, you should not declaw your cat to prevent this behavior.