Dachshunds are generally known for their long bodies and little legs. They are also known as Wiener Dogs or Sausage Dogs because of this look. However, even with their small size, they have a big personality.

Dachshunds are great additions to any family. They carry their small body confidently, which can bring a smile or laughter to anyone who sees them. They are smart, vigilant, and are certainly game for anything.

With their unique appearance and adorable personality, they are also favorite subjects by many artists, famous or not, in paintings. 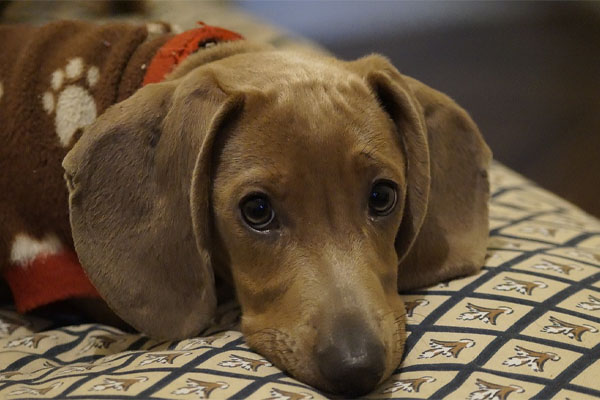 History Of The Dachshund

Historical evidence suggests that Dachshund-like dogs have existed since the 15th century. There were also documents in the 16th century that mentioned badger creepers and dachsel, which might be pertaining to the Dachshunds. However, it was also believed that it was not until the 17th and 18th centuries that the Germans created the modern Dachshunds.

During that time, German foresters have wanted to develop a badger dog that is fearless, elongated, and brave to fight badgers to death – the goal is to kill. Dachshunds, also known as Teckel at that time, was the closest breed they had developed that could do this.

The Dachshunds’ long and low body was made so he can easily dig his way to the badger’s den. Their front paws are paddle-shaped to assist in any extreme digging they need to do. Their ears, which lie flat, keep the dirt away from his burrowing.

Continuous development of the breed created two sizes: standard and miniature. These various sizes allowed them to hunt other prey, such as rabbits and foxes. They are even used to trail wild boars.

Their cleverness, bravery, and persistence allow them to fight head to head with any of its prey. And their loud bark enables their companion hunters to know where their location underground is. This breed is also the only breed identified that can hunt above and below ground.

By the 1800s, the breed started becoming popular as pets. They were most especially loved in the Royal Courts of Europe, including Queen Victoria’s whom her love for the breed was never a secret.

By 1885, the breed reached America and finally was registered under the American Kennel Club.

Temperament Of The Dachshund

Dachshunds are best described as smart, brave, and full of life. They love games, and they certainly like to be in on everything. When it comes to their family, they are very loyal and attached. They’re also good with children.

However, the same can’t be said when it comes to strangers and other dogs. They are overly protective of family and can be a bit aggressive with people and animals they don’t know. They make excellent watchdogs, especially with their loud bark.

As Dachshunds are very smart, they need exercises where they’ll be able to use their mind. They need to be engaged continuously, and they are best paired with people who are not often outside so they can be attended to well.

They can get needy; leaving them alone for a long time will cause distress and separation anxiety.

Training them might require patience and persistence. They are independent, and they can sometimes be stubborn. Sometimes, they will talk back and clash with their owners. You can make use of their playful nature by letting them play fetch and other games he would enjoy.

If you have larger dogs at home, Dachshunds may also find it hard to be friendly with them. However, if they grew up together, then this might not be a problem. Jealousy is also very prone to Dachshunds, and they will keep toys if they want to.

The key here would be early socialization. They need to be socialized with strangers and other pets. Also, keep them on a leash when walking them as they can get a little adventurous. 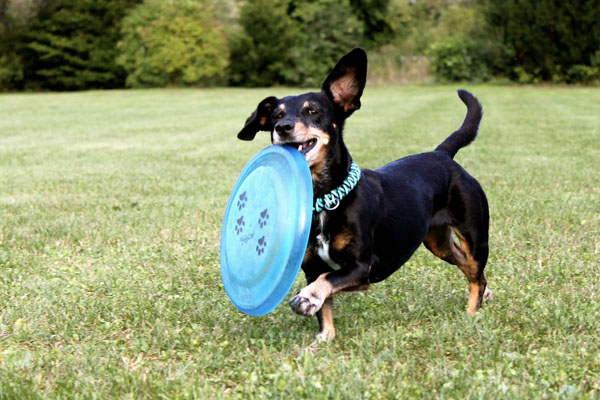 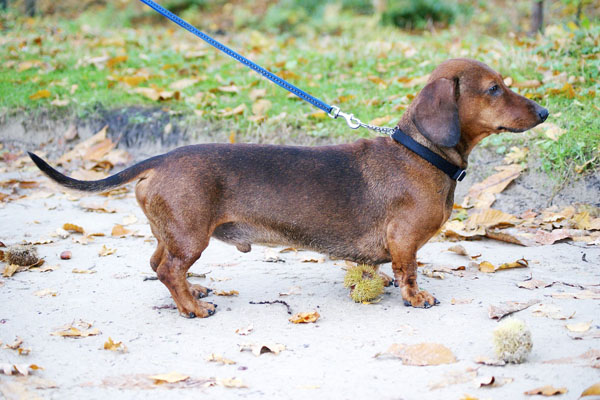