The American Foxhound is a medium-sized dog known to be the oldest dog breeds native to America. They are also one of the least popular. These dogs stand at a height of 25 inches and have long streamlined bodies, long legs, and short dense coats in various colors and color combinations.

American Foxhounds need lots of exercise, and if you want to own one, you need to be able to cope with their high energies. These dogs are not for everyone, and you need to make an effort to train them, and you need to start it early.

For the right people, these dogs are excellent family companions, good with children, and get along well with other pets. However, these dogs are rare and can be challenging to find. 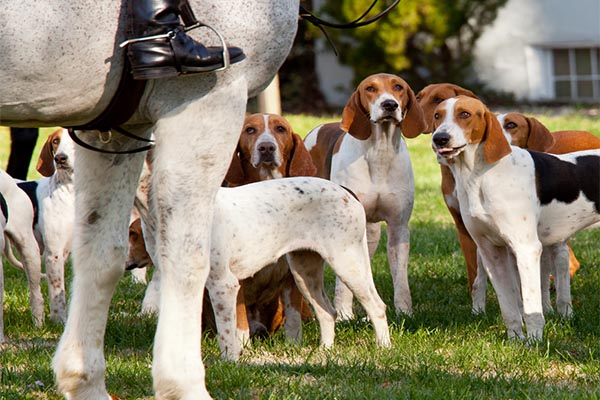 American Foxhounds, as their name implies, are native dogs from America. They are one of the oldest American hounds and are believed to have descended from English Foxhounds brought to the US around 1650.

For the next centuries, English Hounds were then bred with several large French hound dogs, European dog breeds, and Irish hounds (by the 1930s). These crosses resulted in a dog that is taller, lighter, and faster – the American Foxhounds.

One known breeder of these dogs, and probably also responsible for popularizing the breed, is George Washington. It is said that he kept a pack of American Foxhounds at Mount Vernon and continued improving them by crossing it with other breeds.

Because of several kinds of breeding, American Foxhounds are divided into four types:

Regardless of the type of American Foxhound you choose, it’s no denying that they are an impressive breed. They were recognized by the American Kennel Club in 1886 and currently rank 186th in popularity in the US.

American Foxhounds are independent, easy-going, and sweet-tempered dogs, which makes them great family companions. These dogs are affectionate to their families, even to children and other pets that grow up with them. However, close supervision is always needed.

These dogs thrive for human companionship, so you mustn’t leave them alone for long periods. A bored American Foxhound can be very vocal with his complaint, and before you know it, you might also hear a complaint from the neighbors.

These are hunting dogs, which means they require a great deal of exercise. As these dogs have great stamina, short walks may not suffice, but a long run or jog will do. If you love the outdoors, these dogs will make great companions in your hikes or bicycle riding.

When taking him out, remember to keep him on a leash and don’t let him loose unless you’re in a securely fenced yard. They have a strong prey drive, and they will chase prey the moment they see one nearby.

These dogs can be wary of strangers, so make sure to socialize them early, so they don’t become shy or fearful. Getting them accustomed to anything new would help them become more well-rounded dogs and develop a more stable temperament.

Training is also needed, but you need to be patient. Most American Foxhounds are willing to learn, but others might be easily distracted.

Make sure to give these dogs lots of positive reinforcements instead of treating them harshly. Added to that, you need to be consistent and firm. 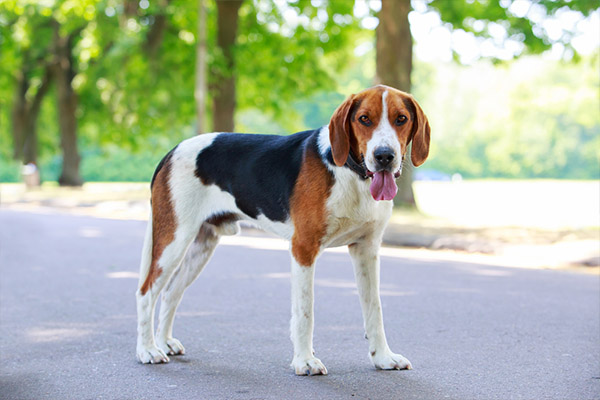