Borzois are large and elegant dogs from the hound group. The Borzoi stands at the height of 28 inches, has a tall and lean body, and a narrow head. These dogs are often described as greyhounds covered with a silky coat. They are also known for their majestic appearance, agility, and grace. 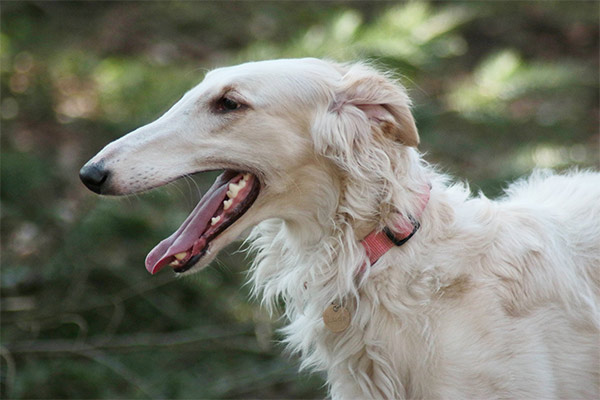 The Borzoi’s history can be traced back to Russia, which is why they were formerly called Russian Wolfhounds. They were developed around 1650 when the Romanovs are ruling Russia.

During this time, wolf-hunting has been known to be part of the royal’s life, and so they created a dog that would accompany them in this activity.

The dog was developed to look like a greyhound. However, it must be covered with a thick coat that almost resembles that of the Russian sheepdog. It would also need to be strong and courageous. But most of all, it has to be beautiful.

The resulting dog was the Borzoi, and the Borzoi hunt was one of the grandest hunting events the nobles prepared. Russian aristocrats kept hundreds of these dogs in kennels. They were called the royal hunting companions.

However, when the Romanov family was slaughtered, the dogs were also killed as hated symbols of the Russian ruler. The numbers declined drastically and almost became extinct.

After the Revolution, English dog fanciers started importing Borzois to America. The American Kennel Club then recognized the breed by 1891. And several years later, in 1936, what was used to be called the Russian Wolfhound was finally named Borzoi.

The American Kennel Club describes Borzoi dogs as affectionate, loyal, and regally dignified dogs. Known to have an aristocratic background, these are gentle-spirited dogs. Their temperament can vary from being serious to being humorous.

Although gentle with children, don’t let a Borzoi and a toddler stay in one room without supervision. These are large dogs, and they may accidentally knock out a small child. They are also better in a one-dog household as they can be very sensitive.

The Borzoi’s reaction to strangers varies from one dog to another. But most of them never react when a suspicious person comes into their territory. They may bark to let you know someone is there, but that’s it.

If you want to make them more well-rounded dogs, socialization and training are essential. Always remember to give firm and consistent leadership. These dogs are smart, but they can be stubborn, so make sure they know you’re in charge. 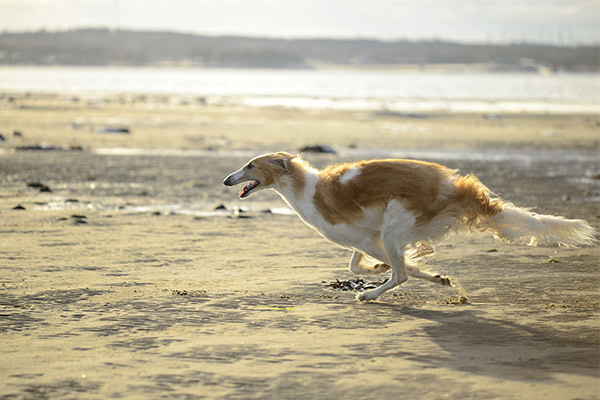