Irish Wolfhounds are giant-sized dogs from the hound group that are larger than Greyhounds. Despite their massive size, the Irish Wolfhound is gentle and big-hearted. They have a sturdy body covered with a hard coat that comes in beautiful colors of gray, brindle, red, black, white, or fawn.

Irish Wolfhounds are considered to be the tallest of all dog breeds and the largest of all sighthounds. They are known for being swift runners with the ability to kill large animals. This is not the type of breed that anyone can take care of.

Their massive size already entails that they need ample space. Their short lifespan already speaks that they need a lot of care. For the right person, however, these dogs are the best companions. They will offer you a lot of love, admiration, and kisses. 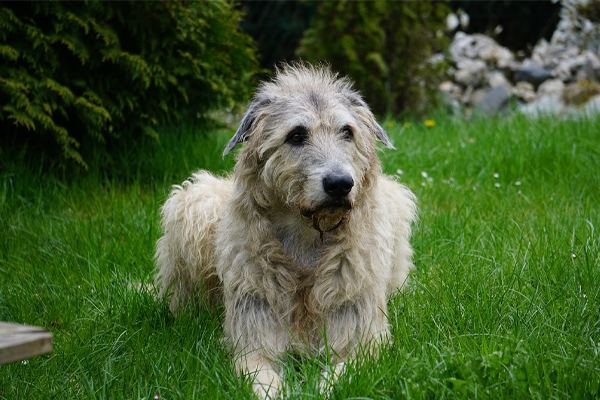 For centuries, the Irish Wolfhound has been a marvelous sight and was named the “Great Hound of Ireland.” The dogs have a long history that goes way back to 391 AD in Rome, where they were famed as gladiators and coursers.

With their enormous size, these dogs are fearsome in battle. They were mainly used as war dogs, pulling men down from their horses and chariots. Other than that, they also hunted elks, boars, and wolves, while others used them to guard their homes and livestock.

Because of the dog’s bravery, an Irish law was established that only kings and nobles were allowed to own the dog breed. They became status symbols and prestige. They also became popular gifts between rulers and usually arrived with chains and collars of gold and silver.

In the 15th century, these dogs became renowned hunters, and their importance was always specified. However, enter the 1700s, the dogs’ numbers started to decrease as big-game animals were hunted to extinction.

Irish Wolfhounds were no longer of use, and they too almost went extinct. Fortunately, in 1862, an army captain, George Augustus Graham, started looking for the dog breed to revive them. He spent his life promoting, protecting and standardizing the breed to what we know of it now.

The Irish Wolfhound currently ranks 77th as the most popular dog breed in the US. And though they are no longer battle dogs, they make excellent members of the family. 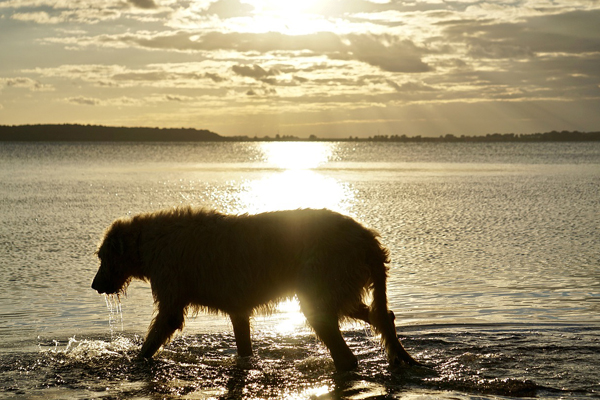 The American Kennel Club describes the Irish Wolfhound as courageous, dignified, and calm. These dogs are known to have hearts as big as their size. They are extremely gentle, and they thrive for human companionship.

Irish Wolfhounds treats family members different from the rest. They’re temperaments vary from being calm and dignified to being playful and silly. But most of the time, these dogs are easy-going.

They need ample space to stretch indoors, and a large area to run around outdoors. Most of the time, they prefer being indoors and will not go for a run, but it is highly recommended to take them out daily.

They do love to chase around little animals outside, so it’s best to keep them on a secured fence. They also make great playmates for older children while they need supervision with toddlers. They are also good with other dogs and animals.

Even though their size is intimidating, Irish Wolfhounds are not great guard dogs. These dogs are naturally friendly, even with strangers. They may stand alert, but they’re never aggressive.

Training will not be as hard even with the sense of independence of the dog breed. As long as you approach them patiently and give firm leadership, your Irish Wolfhound will be happy to follow. Early socialization is essential to make them more well-rounded dogs. 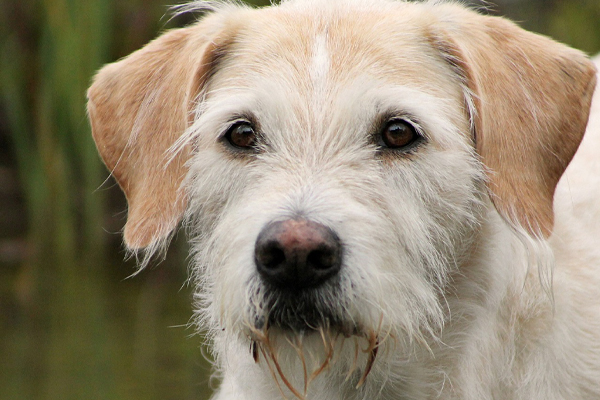