The Rhodesian Ridgeback is a medium-sized dog breed known for the line of hair growing in the opposite direction on its back. This is called a ridge, which earned them their name. This dog breed is known to be fast and powerful athletes. They were originally bred as hunting dogs and were developed to have the capability to hold big prey such as bears and lions.

At present, the dog breed is not as often used in hunting as before, but they do well in pointing, retrieving, and other dog sports. They are ideal companions for those who can match their level of athleticism. 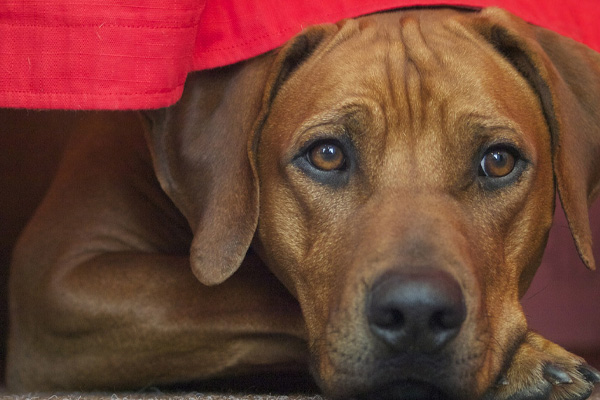 The Rhodesian Ridgeback is a dog breed of South African descent, which was developed in the 16th century. At that time, Boer farmers needed an all-around hunting dog that can handle extreme temperatures, different terrain-types, survive with little water, knows how to protect, and a great family pet.

So, they crossed a native Khoikhoi dog with European dog breeds such as Great Danes, Mastiffs, and Greyhounds. The cross between these dog breeds resulted in a dog with natural know-how on navigating the African grounds and being able to outsmart the predators.

The farmers also observed that the dog breed turns out to have ridges on their backs, which they believe is what makes them excellent hunting dogs.

In the beginning, the dogs were used for flushing. But when big-game hunting came, they noticed how the dogs were also able to hold lions and other big prey at bay. This is what earned the Rhodesian Ridgeback the name African Lion Hound.

It wasn’t until 1922 when the breed standard was written down, and by 1924, the Rhodesian Ridgeback dog breed was finally accepted by the South African Kennel Union.

It was believed that the dog breed reached the US in 1911. However, their numbers only grew large after World War II, and by 1955, the American Kennel Club finally registered the first of the dog breed.

Now, the dog breed is one of the most popular dog breeds in the US. They make excellent family pets and hunting partners, especially for experienced dog lovers. 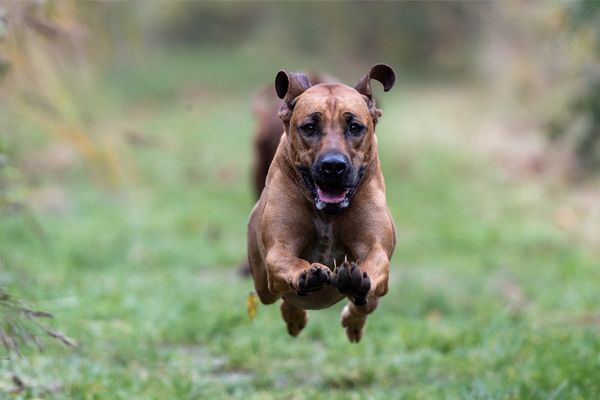 The American Kennel Club describes the Rhodesian Ridgeback as affectionate, dignified, and even-tempered.

Rhodesian Ridgebacks are believed to be a combination of a sighthound and a scenthound, which are excellent hunting breeds. They need a lot of daily activities. If left bored and not entertained, they can be very destructive and will dig holes on dirt or even your couches.

With the right owner and right care, Rhodesian Ridgebacks would make excellent family pets. They are known to be very gentle with children. However, supervision is needed with toddlers as an excited Rhodesian Ridgeback may accidentally knock them over.

They are affectionate dog breeds and can be protective of family members. They also enjoy the company of other animals; however, they may show dominance with smaller animals or fellow male dogs.

Rhodesian Ridgebacks are also known as natural watchdogs. They may appear timid or shy with a stranger around but note that he always stays alert. They are not barkers, so if you hear your Ridgeback alerting you at something, make sure to listen.

Early socialization and training are needed to keep the good temperaments. This is an independent and confident breed, so expect that it will take a lot of effort to train them. So make sure that you provide consistent leadership and don’t be harsh.

If you’re looking to own a Rhodesian Ridgeback, you need to be attentive as this dog breed needs supervision. 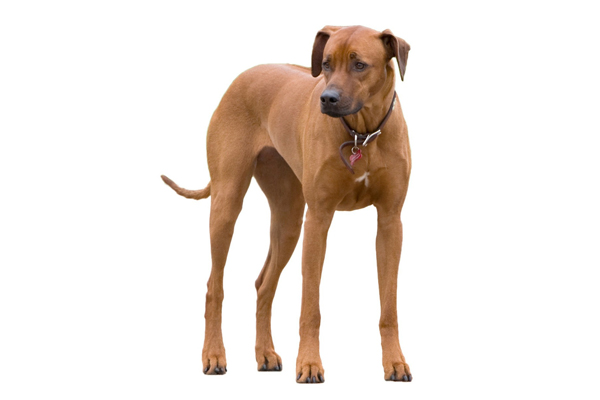 Penny: A Rhodesian Ridgeback who placed first in the Hound Group at the 2019 AKC National Championship.