Bloodhounds are large-sized dogs that stand at the height of 23 to 27 inches and can weigh up to 110 pounds. The Bloodhound features a wrinkled face, loose skin, and long droopy ears. They also have deep-set eyes that have a hint of sadness. But, even if they look sad, Bloodhounds are affectionate dogs.

They are known to enjoy human company, even with other kids and dogs. They are also very gentle, but his energy can be boundless. They are the best companions for those who love adventures. But, you would have to make sure you get their nose in control. With their keen sense of smell, you really wouldn’t know where it can take them. 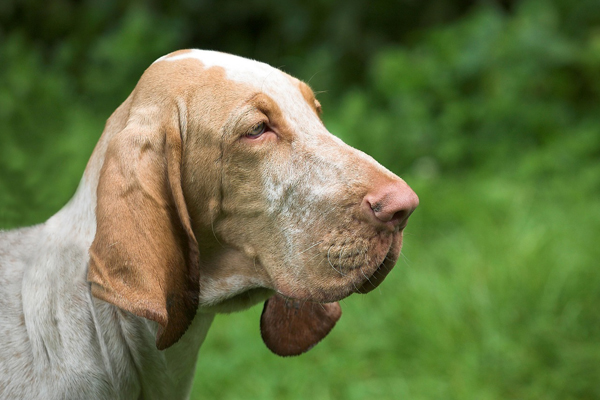 The Bloodhound’s origin is still unclear. However, many historians believed that it had been around since the ancient Mediterranean. They were first mentioned in a third-century book by a scholar Aelian. And as it appears, it seems that the Bloodhounds have been the oldest extant hound that hunts by scent.

The Bloodhounds were known to have been perfected in the 7th century. Thanks to St. Hubert of Belgium and his monks who were responsible for the breeding. St. Hubert, while he was alive, dedicated his life’s work to breeding these capable working dogs. And even after his death, the dog breed flourished.

Bloodhounds have a long history with a trace of royalty. Even William the Conqueror brought several bloodhounds with him when he came to England in 1066. And Elizabeth I kept her pack of the dog breed as well.

But as years passed and with the coming of the French Revolution, Bloodhounds were no longer of great use. But, they were still treasured in England as excellent trackers. According to records, they have been tracking criminals since 1805.

When the Victorian-era came, Bloodhounds’ popularity was also boosted. They joined in dog shows, they became excellent companions, and people loved their exotic beauty. Even Queen Victoria loved the dog breed and had one of her Bloodhounds participate in a dog show.

It was in England where the modern Bloodhounds we know today originated. And it even made its way to America in colonial times.

Now, they are one of the best man-trailers who primarily help agencies in search and rescue work. Their sense of smell is so strong that it is even used as reliable evidence in the American Court. 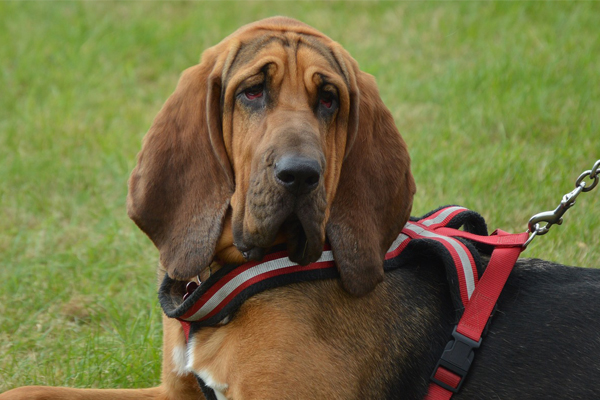 Bloodhounds are not vicious beasts, even if it was how Harriet Beecher Stowe depicted them in her novel. As a matter of fact, they are gentle, patient, and good-natured dogs. The American Kennel Club even describes them as friendly and independent dogs.

They make great family pets, and they are especially good at handling children. With his patience, he wouldn’t mind the toys all over him. He is even friendly with other animals or dogs too.

But, never mistake them as a lazy dog.

Bloodhounds have boundless energy, and they require plenty of space and safe areas to run around. They also need a lot of exercise, and if you’re taking him for a walk outside a fenced yard, having a leash is very important.

With their incredible sense of smell, he might wander off far. So, you always need to keep an eye on them or create great security so they won’t get lost.

They need training, and they need someone firm and consistent with doing this effectively. Bloodhounds tend not to obey his owner’s commands, so make sure to bring along great patience.

Don’t be harsh to Bloodhounds. They are a sensitive breed, and mistreating them will not help build the right temperaments for them.