There’s no kidding when people named the Greyhounds as the “cheetah of the dog world.” The Greyhound is mainly built for speed. Their narrow skulls, streamlined, muscular bodies, and shock-absorbing pads of their feet are made to go at high speeds.

Many artists, poets, and even kings are fascinated by their inverted S-shape bodies brought by their deep chest and tight waist. They are truly dogs with regal beauties—no wonder these dogs have been used as templates of several coursing hounds we know today.

These dogs may have a reputation for being energetic and fast. However, they’ll do well in any living conditions. These dogs love sleeping, and they’ll make a great companion even if you’re not very active. 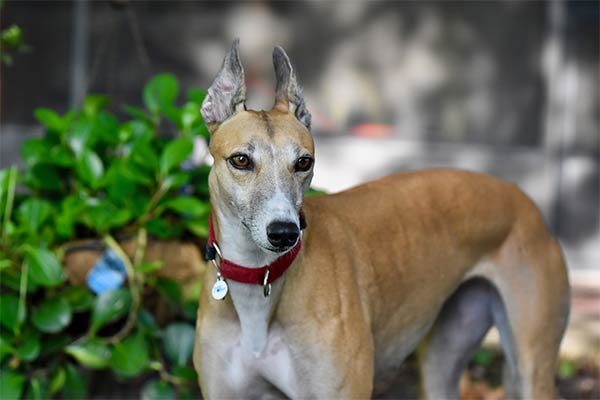 Greyhounds are ancient dogs whose history can be traced back to the Middle East and North Africa about 8000 years ago. There have been different explanations as to these dog’s names.

However, no matter which of these three origins is true, the fact remains that these dogs have been admired by many ever since a long, long time ago. They have been mentioned by the Greeks, were found in ancient Egyptian art, and were even mentioned in the bible.

It’s believed that Greyhounds reached Europe around the Dark Ages. And due to their hunting skills, these dogs are protected by the law, and no one who lives within 10 miles of the King’s forest was allowed to own one.

As coursing and racing became popular in England, Greyhounds rose to popularity. They became known as the fastest dog, reaching a speed of 40 miles per hour.

Soon, the dogs were finally brought to America by Spanish explorers and British colonists, where they also thrived well. And by 1885, the American Kennel Club recognized the dog breed.

Greyhound racing has been popular in America until now. However, there have been controversies about how the dogs were abandoned, euthanized, or sold for experiments if they lost a race.

People have then made it an effort to find homes for retired racers, and it has been discovered that Greyhounds also make excellent family pets. Now, the dogs rank 145th as the most popular dog breed in the US. 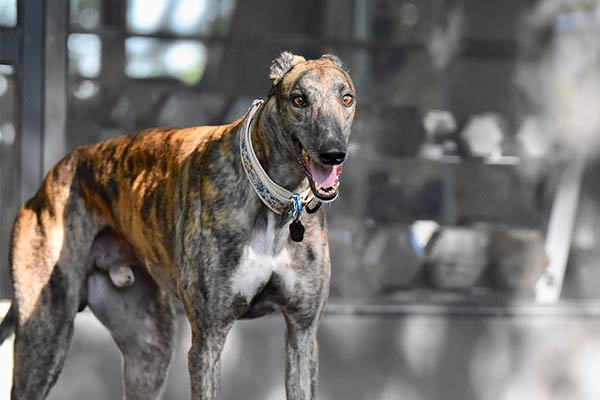 Greyhounds generally have a wonderful temperament. They are gentle, independent, friendly, non-aggressive, and noble dogs.

Even if they do have a reputation for being fast, these dogs are usually calm and quiet indoors. Don’t be surprised if you see them snuggling comfortably on their beds to sleep. After all, it’s their favorite past-time.

Try to give them a time to run to their heart’s content once a day, because after that they surely won’t disturb you once they go back indoors. They usually prefer quiet and soft-spoken people, so avoid shouting and arguments when they’re around, as this might stress them out.

Greyhounds are also known to be polite with strangers. If he sees someone suspicious, they don’t bark, but stays by your side instead. They also don’t like fighting with other dogs, no matter the size; however, they tend to chase cats.

Early socialization will help make these dogs more well-rounded. It will also help build their confidence when they’re meeting new people or animals. You should be light-handed with the training and shower them with lots of praise and appreciation. 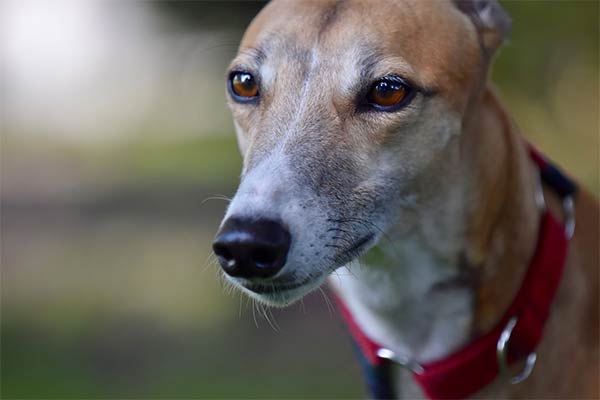