Scottish Deerhounds are majestic dogs from Scotland that stand at a height of 32 inches. They are often described as having large greyhounds, but only with a wiry coat. Also, the Scottish Deerhound has more refined features that make them more elegant than traditional greyhound breeds.

Scottish Deerhounds are gentle dogs with a great royal history. However, despite being kind and gentle for inexperienced owners, they are not apartment-living dogs. They need to run, so they need to have a large, securely fenced space.

They’re also best living in one-dog households, with no small animals that may trigger their strong prey drive. These are giant dogs built for speed; if you think you can cope with that, this dog is a great companion for life. 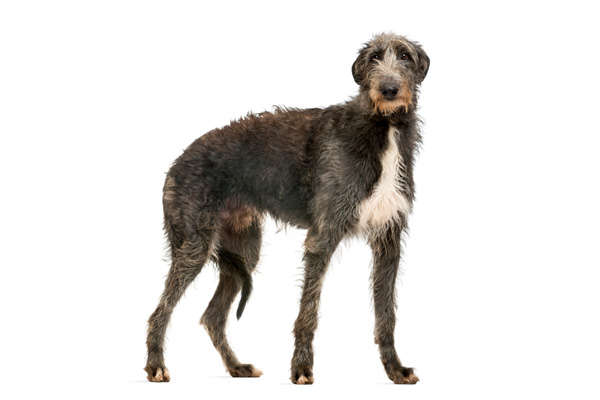 Scottish Deerhounds have a very long history that their true origin is not known. They’ve been called by many names: Irish wolfhounds, Scottish greyhounds, rough greyhounds, and Highland deerhounds.

Back in the 16th century, these dogs were used for hunting and bringing down deer. They were highly regarded dogs for their courage and gentleness that only noblemen could own one. In fact, no one beneath the earl’s rank can buy a deerhound, thus claiming the title as the Royal Dog of Scotland.

Due to the restricted ownership, the Scottish Deerhound almost came to the brink of extinction, especially in 1745, when Scotland’s system nearly collapsed. By 1769, the breed was in danger of being lost in history.

That was until the 1820s when Archibald and Duncan McNeill started their breeding efforts to restore these majestic dogs. Soon after, the breed was brought to America and was registered in the American Kennel Club in 1886.

During World War I, the breed’s numbers decreased again in Scotland and England and were considered rare.

Even today, the dogs are considered uncommon, with only a few starting to appreciate how great these dogs are to have. Today, they rank 158th as the most popular dog breed in the US. 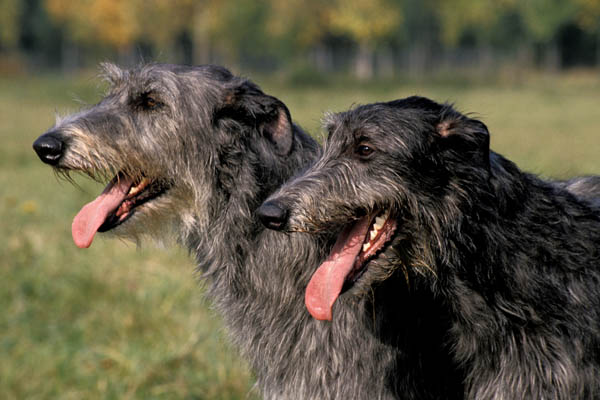 Scottish Deerhounds are gentle, dignified, and polite dogs. They are known to be quiet and laid-back dogs who love to spend time on the couch. They can be considered couch potatoes, watching the world go by in the comforts of his seat until he finds something interesting.

These are runners, and unlike other dog breeds that would prefer fetching balls, tug of wars, or daily walks, they love to run. It’s essential to have a securely fenced yard if you want to own one. Also, they are best in households that don’t have small pets that they can chase.

Scottish Deerhounds are loyal and devoted dogs to their family. They are one-family dogs, so though they are friendly with strangers, they are not very affectionate.

They are courageous dogs in the face of danger, but in most situations, they are not aggressive. Their laid-back personalities make them not the best guard dogs or watchdogs to get. But their large size might be enough to intimidate any thief that might want to come to your house.

They are also known to be good with other dogs, well, given that they are socialized at an early age. Keep close supervision if you have toddlers as the dog’s size may injure them.

These dogs can be mildly stubborn and independent; thus, training may come a bit challenging. Just remember to make everything exciting and cheerful, and he’ll be happy to respond. Positive reinforcements should always work in the form of praises and food rewards. 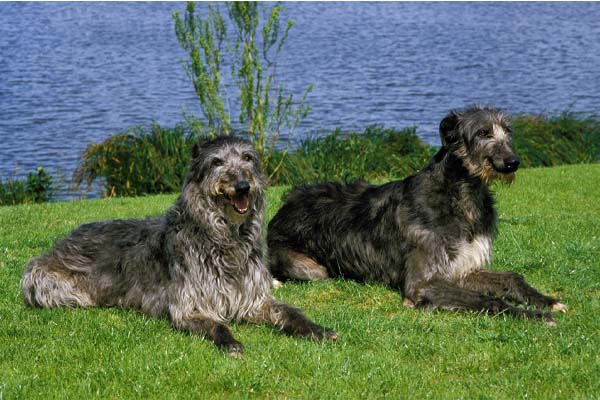