Japanese Chins, as their name implies, are small-sized dogs from Japan. The Japanese Chin is a unique looking dog that features a large head, large wide-set eyes, and a short muzzle. Their small bodies are covered with light coats that come in colors of black and white, red and white, or black and white with tan points.

The Japanese Chin is a known well-mannered and happy family dog. They get along well with everyone quickly. Most owners say these dogs can be addictive to have, especially with their charms. Even if you’re an inexperienced owner, a Japanese Chin will not be hard for you to take care of. Give them lots of love and attention, and he’ll return the favor. 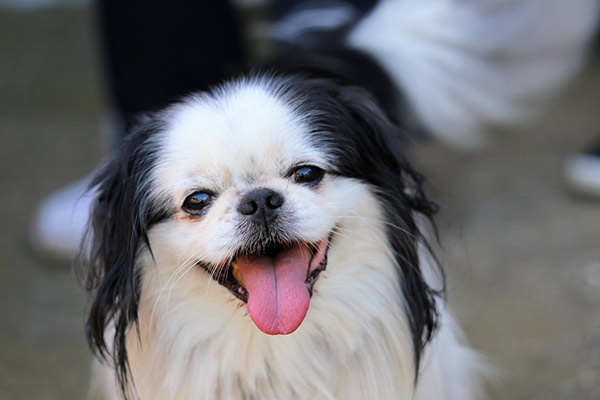 Historians have long debated the history of Japanese Chins, but it is believed that these dogs were of Chinese origin. They are ancient dogs that are thought to have descended from the Tibetan Spaniel, and they came to Japan as a gift from the Chinese emperor to the Japanese emperor.

In Japan, these dogs weren’t considered a dog or an “inu,” but Japanese people consider him a separate being, hence a “chin.” According to historians, there are chances that Japanese Chins were crossed with other small spaniel-type dogs, which contributed to how he looks today.

The Japanese Chin remained on the island for years until the 1600s when Portuguese sailors presented Japanese Chins as a gift to Princess Catherine of Braganza. The next record of chins going out of the island was 1853, when Admiral Commodore Perry gave Queen Victoria a pair of Japanese Chins.

How these dogs got to the United States is unknown, but one thing is for sure, Japanese Chins were very popular. Several famous people, such as President Franklin Pierce and Secretary of War, Jefferson Davis, owned one.

By 1977, the American Kennel Club officially renamed the breed from Japanese Spaniels to Japanese Chins. It currently ranks 104th as the most popular dog breed in the US, and they continue to make affectionate and devoted family companions. 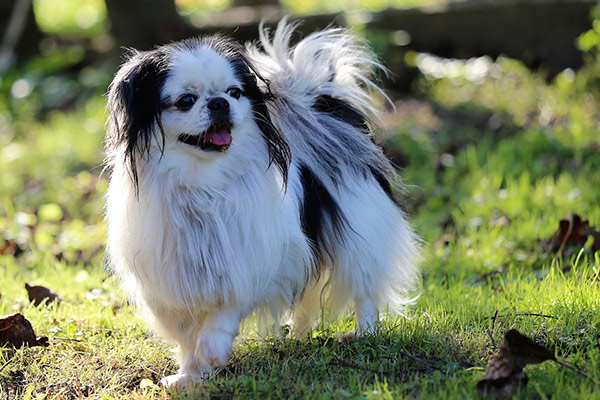 Japanese Chins are generally charming, noble, and loving dogs. Although very playful, they are not as hyperactive as other dog breeds. Most people described them as mild-mannered, especially when indoors.

These dogs make excellent companions, especially for those who are not outdoorsy. They love cuddles, and you’ll find them often sleeping on your lap or snuggling under his blanket. To give him the best time, give him all the pampering he needs.

They will make great gifts for senior citizens who want some company at home. These dogs are known to be gentle and loving, but they also need attention. If you’re not at home often, then this dog may not be for you.

Japanese Chins will also not make a great playmate for little children. These dogs do not tolerate rough handling, and they may accidentally injure your child when they misbehave.

But overall, these dogs love people, and they are also polite with strangers. Japanese Chins also don’t have problems getting along with other pets, especially those they grew up with.

Remember, socialization and training are highly essential if you want your dog to achieve the best temperaments. These two things will make him more well-rounded dogs and help him control any bad behaviors.

Training should come easy for these intelligent and responsive dogs. Don’t be harsh with him. Instead, shower him with lots of positive reinforcements, especially praise and food rewards. 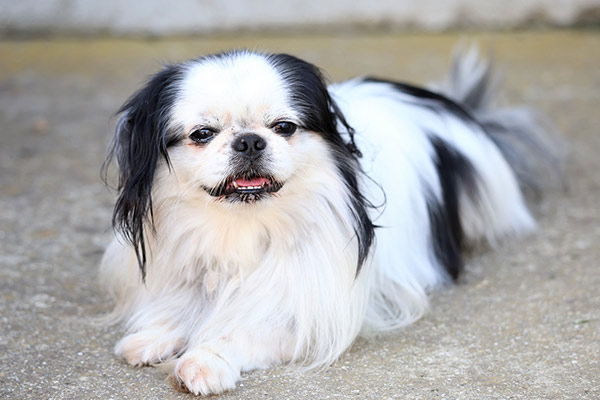