Pekingese dogs or Pekes are toy dogs that only stand at a height of 6-9 inches. Their small, compact bodies are covered with a long coat (longest at the neck and shoulders), which comes in various colors. They have short muzzles, a v-shaped nose, ears that hang, and large eyes.

These dogs make excellent companion dogs for travel because of their small size. They are known to be charming and confident, as well. Though it’s tempting to get them as dogs for your kids, Pekes are not the best dog breed for small children.

Pekingese dogs may require a lot of work to raise, and they need someone who can give them lots of love and affection. If that happens to be you, then you’re in luck because they’ll surely brighten up your day. 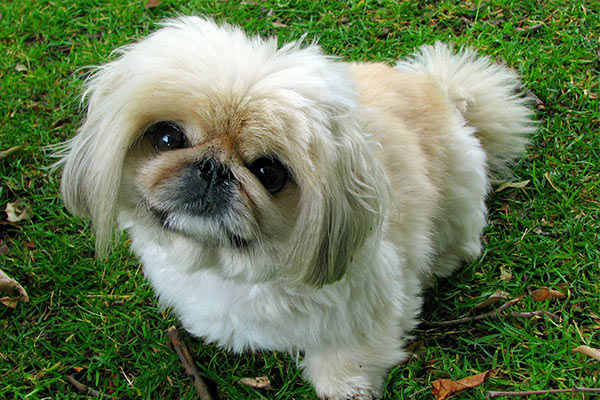 The Pekingese is another ancient breed that originated from China. They are believed to have existed since 700 AD. But how these dogs were developed is somehow related to the rise of Buddhism in China.

According to a Chinese legend, there was once a lion that fell in love with a marmoset (a type of monkey). Because of his love, the Lion asked Buddha to reduce him in size, but his lion heart and character must remain. Buddha granted this and the love of the Lion, and the marmoset brought about “Fu Lin” or the “Lion Dogs of China.”

Now, these Lion Dogs are what we now know as the Pekingese. There’s no understanding about the basis of the story, but DNA evidence suggests that these dogs really existed way back 2000 years ago.

It might also be because of this story that the Pekingese was considered a dog of luxury. They were named after the capital city of China, and they were companion dogs for nobles, princes, and members of the Imperial family. Even commoners bow down to them.

During the 1800s, these dogs were darlings of the Imperial Court. They were closely guarded and were never allowed to leave the palace nor the country. Well, that was until 1860 when the Opium War happened.

Pekingese dogs were considered prizes of war and were brought to England. Even after this event, Pekes remained rare until the 1890s when the dogs were smuggled out of China. By 1894, Pekingese started appearing on British dog shows.

By 1906, The American Kennel Club registered their first Pekingese dog. Now, the dogs rank 92nd as the most popular dog breed in the US. And though they make great companion dogs, they are still considered royalties in China.

As the legend says, Pekes are small dogs with prominent, lion-like personalities. The American Kennel Club describes these dogs as affectionate, loyal, and regal in manner. They seem to know about their royal ancestry, and they show this through their stand-up character.

These dogs are indeed dignified, confident, and one of the most independent of toy breeds. They are most of the time, calm when indoors, lying on their sofa. However, from time to time, you can also expect them to show a bit of playfulness and run around.

Pekes are loyal dogs to their humans, but they are not the clingy type. You can leave them alone for quite some time, but not for a whole day. They also don’t do well with other pets, unless it’s a fellow Pekingese.

When it comes to strangers, they are usually polite. Socialization will help greatly as they get accustomed to new people always. They are excellent dogs for families with a lot of adults. With children, not so much.

Pekingese cannot tolerate rough handling, which is usual with toddlers. If you have children, it’s best to keep them away from your Peke, so they remain safe.

Training might come as challenging because of their stubborn behavior. You will need a lot of patience and be careful when scolding them. These dogs are very sensitive to harsh treatments. Show him that you’re the authority through kindness – treats will help a lot.

If you can establish a sort of leadership, the Pekingese will easily follow through. 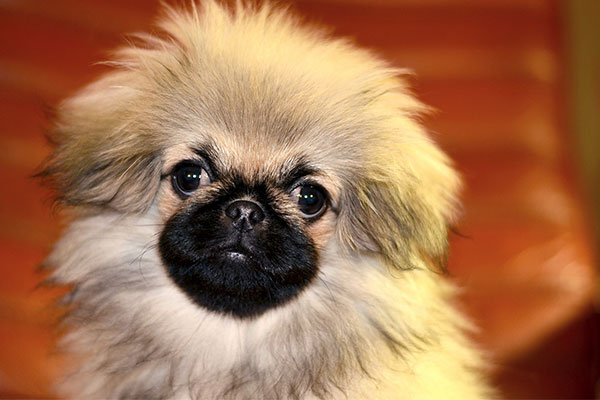