Chihuahuas are known to be the smallest dog breed in the world, weighing not more than six pounds. But, despite being small in size, a Chihuahua has a huge personality, which makes them one of the most popular dog breeds. They are fun and loving dogs who undeniably love being with their humans.

They feature a round apple-shaped head, erect ears, and round, expressive eyes. They have a straight, short coat that comes in a variety of patterns and colors. Their small and compact body makes them excellent travel companions and ideal city pets.

There are two existing theories as to the origins of the Chihuahua dog breed.

The first of which is that they’re descendants of the Central or South American dog breed named Techichi. Historical evidence suggests that Chihuahua-like dogs existed way back in the 9th century based on some Toltec carvings. It was believed that when the Aztecs conquered the Toltecs, they also absorbed the Techichi dogs.

The Aztecs believed that these dogs contain mystical powers that could heal the sick or see the future. So, these dogs were used in many of their rituals. However, when the Spaniards conquered the Aztecs in the 1500s, the Techichi faded.

The second theory is that Spanish traders brought small hairless dogs from China to Mexico and bred them with the native dogs. The breed result was the Chihuahua.

Not one of these theories is proved to be true. However, the fact remains that Chihuahuas were discovered in the 1850s at the Mexican State of Chihuahua.

It was only in 1890 when the dog was shown to the US. And by 1904, the American Kennel Club finally registered the dog as a breed.

The Chihuahua’s popularity rose in the 1930s and 1940s when they were associated with the famous bandleader, Xavier Cugat. And since the 1960s, they continued to be one of the most popular dog breeds featured in TV shows, movies, and films until today.

Chihuahuas’ temperament can vary, and this may depend on the genetic characters of their parents. They can be lively or placid, bold or timid, stubborn or eager to please, feisty or mellow, and confident or nervous.

But the American Kennel Club describes them as charming, graceful, and sassy. They are comical, entertaining, and expressive little dogs. In other words, they have big personalities.

Chihuahuas make excellent companion dogs, and they’re incredibly loyal. They love attention and surely love being with their humans. However, if you have little children, make sure not to get them near your Chihuahua as these dogs can become feisty.

They are alert and suspicious to strangers, which makes them excellent watchdogs. They may end up snapping at them, but most of the time, they are also willing to make friends. This is if they are given early socialization to people and other animals.

You can also expect your Chihuahua to bark at larger dogs. And sometimes, they would wish to dominate you as well.

So, make sure to train them at an early age to maintain their excellent temperament. Though they are easy to carry, don’t baby them too much. Let them walk at their own two feet so he’ll become confident and stable. While, of course, maintaining a close eye on him.

Added to that, don’t laugh if he shows signs of aggression. This might look cute, but he’ll assume that this is okay, and his bad temperaments will only progress. So make sure to control him and show him that you’re the one who has a say.

Though a toy dog, this isn’t a dog for just anyone. They need someone who will stay close to them and give them attention. At the same time, they also need someone who can bring them to walks and keep them active. 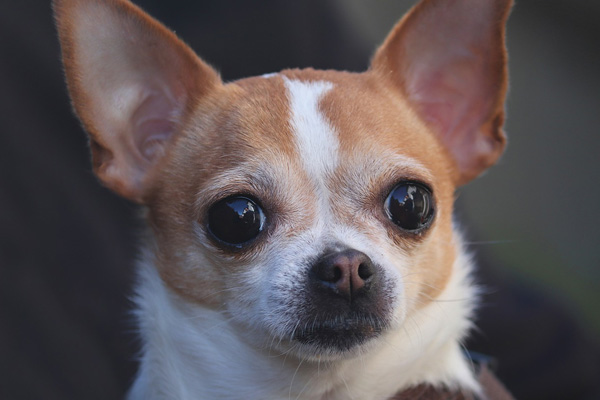