Toy Fox Terriers are small-sized dogs that feature a smooth satin-like coat that tightly fits their small bodies. The heads of the Toy Fox Terrier tends to be larger with erect ears and dark eyes that give off an alert and intelligent expression.

Toy Fox Terriers tend to have varying personalities – from being sweet and lovable lapdogs to being a typical spirited and energetic terrier. They are adaptable in any living conditions but might overwhelm first-time dog owners. However, give them time and attention, and they become extremely loyal and loving companion dogs. 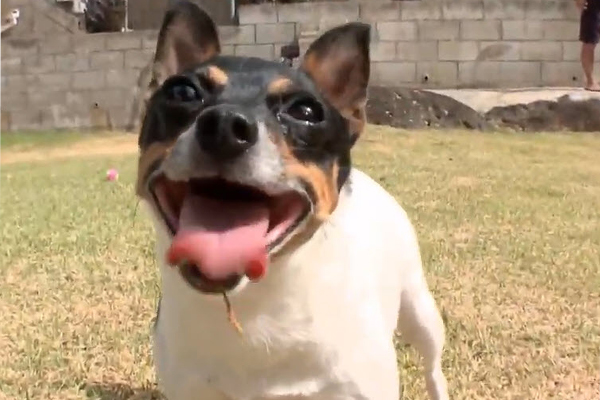 Because of this combination, Toy Fox Terriers became known as a dog with terrier and toy-breed personality. They became useful as little farm dogs – clearing rats and other small vermins from barns.

When the United Kennel Club registered smooth Fox Terriers in 1912, the Toy Fox Terriers were placed in the same category. This caused a lot of breed fanciers to make a petition to separate the breed, which was granted in 1936.

Although an American-bred dog, the breed was not recognized by the American Kennel Club until 2003. It now ranks 111th most popular dog in the US, and his popularity continues to go up.

Even indoors, Toy Fox Terriers are energetic and may love running around. However, this isn’t something you should worry about. They are very well-balanced when it comes to resting and playing.

Keep these dogs entertained such as surrounding them with toys, so they stay behaved inside your home. They may not be the best dogs to get for little children, especially those that don’t know how to behave yet.

Though they tend to get along well with other pets within the household, they are not easily intimidated by other animals. They don’t back down when challenged, even if it’s a larger dog.

Toy Fox Terriers are excellent watchdogs, too. Expect them to bark when someone suspicious visits your home. Socialization is crucial, so they’d be able to manage their behavior towards anything new. It will also make them more well-rounded.

Training can be challenging, as these dogs have independent minds. Give them lots of positive reinforcements to keep them happy and obedient.