Yorkshire Terriers, also called Yorkies, are adorably small dogs that weigh seven pounds maximum. No wonder they rank 10th as the most popular dog breeds in America. The Yorkshire Terrier is known for having a long, silky coat that can turn any passerby’s eyes.

Yorkshire Terriers are cute, loving, and great companions. But, they have a feisty side too. As a matter of fact, some people regard them as a big dog trap in a small dog’s body. They are not afraid of anything, even if they’re up against a big dog or animal.

History Of The Yorkshire Terrier

Yorkshire Terriers were bred in England during the Industrial Revolution to catch rats in mines. It’s believed that this breed was crossbred from different types of terriers such as Clydesdale Terrier, Paisley Terrier, and Skye Terriers.

Yorkshire Terriers are impressive ratters. However, that’s not the only purpose they have during those times. As you know, Yorkshire Terriers are small enough to be carried by hunters in their pockets, plus their bravery was that of a big dog; they’re the most convenient choice for hunting. So, aside from being sent to the mills to exterminate rats, they were also sent to wild animals’ dens to hunt – wild animals such as foxes and badgers.

For a dog this small, it’s undeniably surprising how they can pull off such a courageous job.

During the Victorian Era, things have changed in favor of the Yorkies. From being exterminators in the mills, they became desirable pets for royalty and upper classes. It was during this time that small dogs were on-trend. With the Yorkies’ size and their long, lustrous hair, there was no other dog that looked like them, and they immediately became a symbol of wealth.

However, it was only in the year 1861 that Yorkshire Terriers were presented in a bench show. They were named Broken-haired Scotch Terrier at that time. In 1865, a dog named Huddersfield Ben, the father of the modern terriers, was introduced and became popular immediately. And by the year 1870, the breed was renamed Yorkshire Terrier as it is the place where they were developed.

Temperament Of The Yorkshire Terrier

Yorkshire Terriers are generally affectionate, energetic, and tomboyish. Notice how there’s a balance of bravery and sweetness in there? Well, that’s mainly because Yorkies have a unique personality brought by the combination of a terrier and a toy dog – adventurous and adorable.

With their terrier side, they can be aggressive towards other animals such as dogs and cats. They also need to be active at some time of the day; however, unlike bigger dogs, they don’t require a lot of it. You can set up a few tasks for them to do to give them that sense of purpose (especially that they were bred as working dogs).

As a toy dog, they can be very great companions, especially if you’re a traveler. With their small size, owners can easily carry them inside a bag. Other than that, they are also very confident and work great as therapy dogs for timid people and those with anxiety. They can also quickly adapt well in any type of surroundings, and home situations, may it be in an apartment, a condo, or a house.

Though they can be very friendly with adults, I cannot say the same with little children, especially babies. With their aggressive nature, a Yorkshire Terrier may think of the child as a dog, too, which can be dangerous. They are also not great companions for small companions such as guinea pigs and rabbits because of their hunter background.

However, if you want a Yorkie, the only way to get around this temperament is early socialization. Meaning, if you have a kid, then it would be best to get a young puppy that can grow together with your child. The same thing with cats, Yorkshire Terriers would usually tolerate the animal if they have lived together for some time.

In other words, if you want to own a Yorkshire Terrier, you need to be able to create a balance between his two temperaments. Socialize him with different people, animals, and sights. If properly raised, they can become amiable and well-rounded dogs. 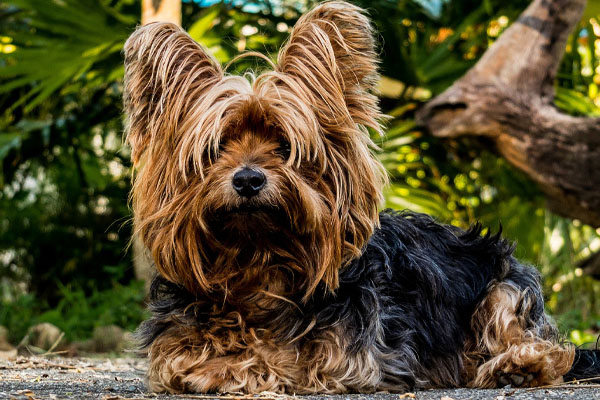