Boston Terriers are known for their compact and sturdy body. They have a steady posture, which made them regarded as little American Gentlemen of the 19th century. And although the Boston Terrier was initially bred to fight, these dogs are now known to be extremely loving.

They feature a square head, short muzzle, and beautiful, round eyes that speak kindness or curiosity. Their ears are erect and large, and they wear a sleek and shiny coat with tuxedo-like patterns.

The Boston Terriers are excellent family dogs, especially if you’re living in a city. They love children, and they have natural humor that will certainly put a smile on your face. 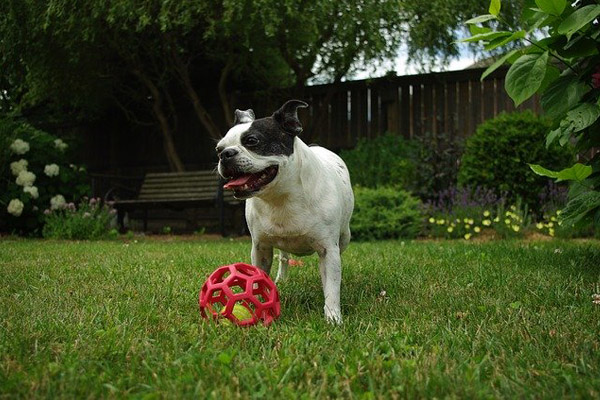 Bloodsports have been very popular in 19th century England, and breeders across the nation have been crossing terriers and bull-type breeds for these sports. It’s believed that the Boston Terrier resulted from the crossbreeding of a Bulldog and a White English Terrier. This dog was named Judge, known to be the first of the breed.

Judge was described to have a dark brindle color, a square head, and a white blaze on his face. He had a solid build and weighed 32 pounds.

His owner sold him to William O’Brien, an American who brought the dog to Boston. In 1870, Judge was again sold to Robert C. Hooper, a Bostonian. From then on, the dog became known as “Hooper’s Judge.”

Judge was bred only once, and that is to a white-dog named Burnett’s Gyp. The breeding resulted in one male puppy, Well’s Eph. Well’s Eph was again bred to a female named Tobin’s Kate, wherein their offspring was bred to French Bulldogs. And that breeding is what became the foundation of the Boston Terriers. From being a heavy fighter, the breed became smaller, sweeter, and more attractive companion dogs.

The breed became widely popular, and by 1915, they are the most popular dog breed in the US. By 1976, they became the bicentennial dog of the US. They were also named as the official Massachusetts’ state dog in 1979.

Celebrities adored them, and several universities even made them their official mascot.

Boston Terriers’ temperament varies from one dog to another, depending on the environment you set. Some can be humorous, while others act calm and dignified. Some are stubborn, while most are sweet and gentle.

But generally speaking, Boston Terriers are charming dogs. The American Kennel Club loves to describe them as friendly, bright, and amusing. They love to play, and chasing balls is one of their favorites.

They are excellent family dogs, and they love being with their humans. Their expressive eyes will surely bring out those parental instincts that will want you to take care of them very well.

Some Boston Terriers are one-person dogs. Meaning, they can be easily attached to one person only and be extremely sensitive to that person’s emotions. Most of the time, this can be with the elderly.

Though there are times that they can be stubborn, most are still outgoing with everyone. You can depend on them when it comes to watching your home because they will surely let you know if you have a visitor.

If you have other pets, then that’s also not a problem. Boston Terriers are friendly with other family pets, but they might bark at a larger dog on the other side of the street. 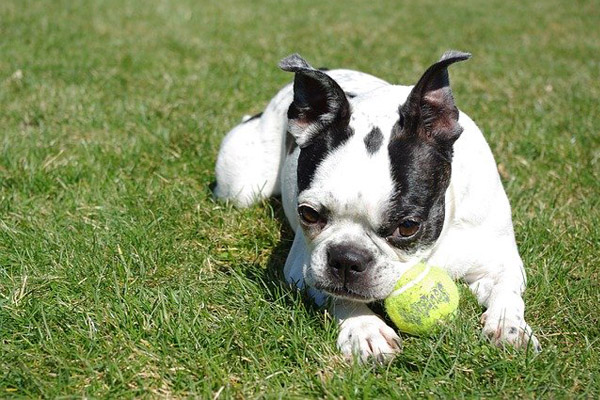