The Finnish Spitz is a medium-sized dog with a height less than 20 inches. These dogs have fox-like features, ears that stand upright, tails curled at the back, and wear a lively expression. Their sturdy bodies are covered with a dense coat that is a bit thick around the neck and comes in golden-red or honey colors.

If you’re looking for an excellent watchdog with strong vocals, this is the dog to get. They love their families, and they can be overly protective. Provide them with a home filled with love, and they’ll surely return this with an equal amount of affection and loyalty. 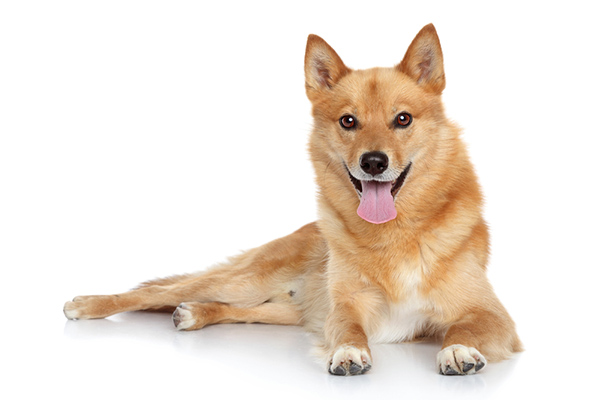 The origin of Finnish Spitzes is unknown. It’s believed that they were brought to Finland from central Russia by migrating tribes thousands of years ago. These dogs were then used for hunting food, particularly birds.

For years, Finnish Spitzes remained untouched in the country, until transportation and roadways improved by the 18th century. People brought dogs to Finland and started crossing their dogs with the Finnish Spitz. The cross-breeding went overboard and the breed almost went extinct.

Fortunately, two huntsmen saw some Finnish Spitzes while they were hunting in the northern forests, and immediately, a thought came that they needed to save the breed. They then spent decades selectively breeding dogs to achieve the modern look of the breed.

One of the two men, Hugo Sandberg, wrote a very descriptive article about the dogs in 1892 that the Finnish Kennel Club finally recognized the breed. A breed standard was written after, based on the article he wrote. By 1897, the breed was named Finnish Spitz.

For 30 years, the other man, Hugo Roos, dedicated most of his time to preserving the breed. The favor was immediately returned as he is credited with building the foundation of the dogs.

However, as the breed’s number increased and became popular in England, World War II came. Breeding of the dogs was still continued, but the qualities are not as great. Importation then began in many areas in England, and by 1959, Finnish Spitzes were first imported to the US.

The dogs were recognized by the American Kennel Club in 1988 and currently ranks 184th in popularity in the US. But, in their native land, Finland and Sweden, they are a well-established breed.

Finnish Spitzes are friendly, good-natured, and lively dogs. They are active and love playing hard. This is what makes them excellent companions for active owners who also love the outdoors.

You need to give these dogs enough exercise to keep him entertained. A bored Finnish Spitz can be destructive, so always find ways where you can stimulate their minds and bodies.

These dogs love people, and they most especially love spending time with their families. They thrive for human companionship, especially with their favorite person. As they can be very sensitive, they must not be left alone for long periods.

They also love children and get along quickly with other animals raised with them. But they can be conservative when it comes to strangers, and bold with strange dogs, particularly those of the same gender.

With their sharp-eye and a keen sense of hearing, they make excellent watchdogs. alert you when something seems off. One thing that makes them stand out from other breeds is their loud bark.

Early socialization is very important for Finnish Spitzes, so they become more well-rounded. Training should be given at the same time, but you should be ready to take on the challenge. These are clever and independent dogs. You must be consistent and firm, so he follows what you say. 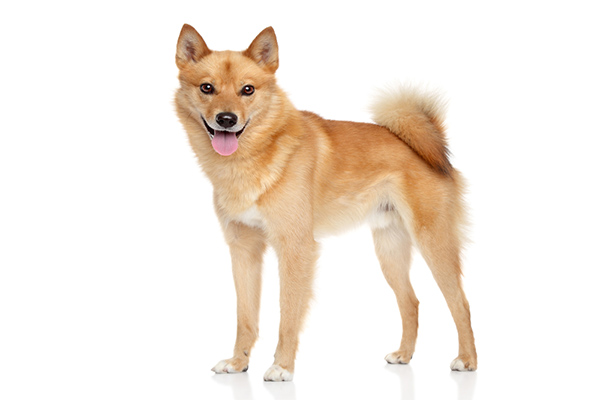