Keeshond dogs are medium-sized dogs from an ancient line of dog breed. It is believed that the Keeshond has the same ancestors as the other spitz-type dogs. Like any other spitz, Kees feature a fox-like face, pointed ears, a furry coat, and a plumed tail.

These dogs are so friendly and people-oriented that it’s not best to put them inside a cage. They love being strut around, especially in show rings. These dogs make excellent pets, even for inexperienced dog owners. 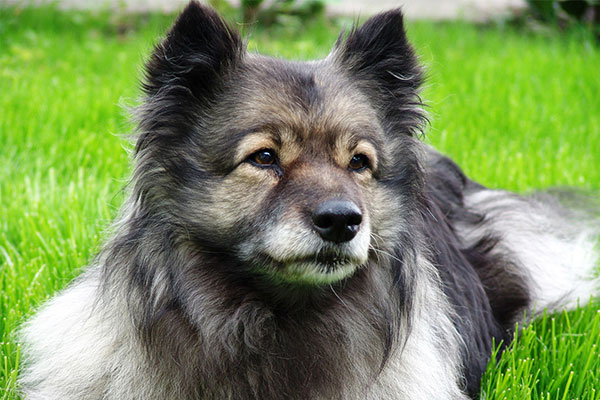 Keeshonden are ancient dogs that originated from Holland centuries ago. These dogs are usually on barges and farms, helping farmers control the vermin population by day. At night, they serve as excellent family companions.

Because they have existed in Holland for so long, they became a symbol of the Patriot Party in the 18th century. The leader of the Party was named Kees De Gyselear, and this is where the name of the breed came from.

However, when the group was overthrown, the Keeshond dogs were disfavored as the group’s representative. Many of these dogs were destroyed. Fortunately, a number survived on some farms and barges around Amsterdam.

By 1905, the breed was rediscovered by Fletcher. She was able to take home two puppies, which were then brought to England and later became the breed’s foundation.

The number of Keeshond in Holland continued to decline until 1920. And it took ten years before the breed’s number was increased and the Keeshond Club of England was formed.

In the year 1929, the first litter of Keeshonden was born in America, and by 1930, the breed was registered with the American Kennel Club. Five years later, The Keeshond Club of American was formed.

Now, the dogs rank 95th as the most popular dog breed in the US today. They are more companion dogs than hunting dogs, which makes them perfect for first-time dog owners.

Keeshonden are generally described as friendly, lively, and outgoing dogs. They crave human companionship, attention, and petting. You shouldn’t put these dogs inside cages as they need to be fully involved in the family.

Despite their small size, they will make excellent playmates for your children. But be sure to maintain supervision. They are also very friendly with other pets, so if you are not in the house, leave them with your other pets.

Though friendly, they will bark at strangers, but will immediately warm up once introduced. They make excellent watchdogs, but don’t expect them to guard. You can’t also expect them to do some working tasks.

They are straightforward to train but are also independent in some way. Make sure to be gentle and always provide positive reinforcements. Socialization is also important to make them more well-rounded.