Lhasa Apsos are small-sized dogs known for their famous floor-length, flat, and beautiful coat. The coat is then parted in the middle, draping on each side of the body as it comes in colors of black, grizzle, slate, white, and the famous shades of honey. The Lhasa Apso has oval-shaped eyes are mostly hidden behind their long facial hair.

As much as they look so beautiful, the Lhasa Apso is a high maintenance dog breed. They need a lot of attention and grooming, plus, they’re not very obedient. If you want to own one, you would have to do the work. And for the right owner, these beautiful dogs make excellent family pets.

Lhasa Apso is an ancient dog breed known to have existed centuries ago. They were first found in Tibet, where they took their name from the holy city of Lhasa.

For centuries, Lhasas were exclusively owned by Tibetan monks and nobles. They served as inside guards and protectors, earning them the name “Abso Seng Kye” or translated to “Bark Lion Sentinel.”

During these times, it was hard to own a Lhasa even though they symbolized good luck. Tibetans also believed that when the owner of a Lhasa dies, his soul enters the dog’s body. They were sacred dogs and can only get out of the country if given as a gift by the Dalai Lama himself.

Some records show that the Dalai Lama gifted Lhasa dogs to the Imperial family of China in the years 1583 to 1908. It was also through the Dalai Lama’s gifts that Lhasa dogs were imported to the US in 1933.

Two years after, in the year 1935, the American Kennel Club recognized the dog breed. The dog’s popularity then started to rise, and they were most especially known because of their beauty. 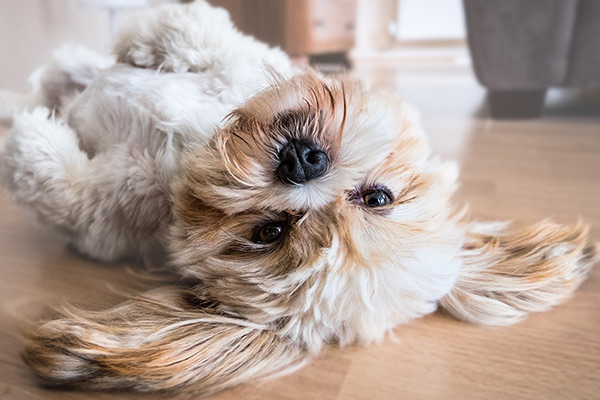 Lhasa Apso is a combination of a companion dog and a guard dog. He can be happy, mischievous, and playful, and can also be independent, majestic, and fierce – depending on the people around him.

Although small in size, the Lhasa Apso is not a fragile dog breed. He has a sturdy and robust body, and he takes being a guard dog seriously. He is aloof to strangers but never aggressive, though he is ready to pounce once threatened.

These dogs are affectionate to their family. They love human companionship and are happiest when they are with their humans. They also prefer being indoors than outdoors.

But, they don’t necessarily need attention. They are very independent dogs and can be left alone for long periods. At the same time, they don’t get separation anxiety.

However, Lhasas should never be left alone with children. Like any other small dog breeds, Lhasa Apsos can quickly get irritated when small children bother them too much. They also don’t get along well with other animals though they can if socialized at an early age.

Early socialization will also help them become more well-rounded and control any aggressive side they have. So make sure to get them accustomed to new things, people, and animals from time to time, especially as puppies.

Training may come a little bit challenging because of the dog’s independent nature. It might eat up a lot of your patience, but don’t let them be a reason to hurt them. The trick is to provide firm and consistent leadership. 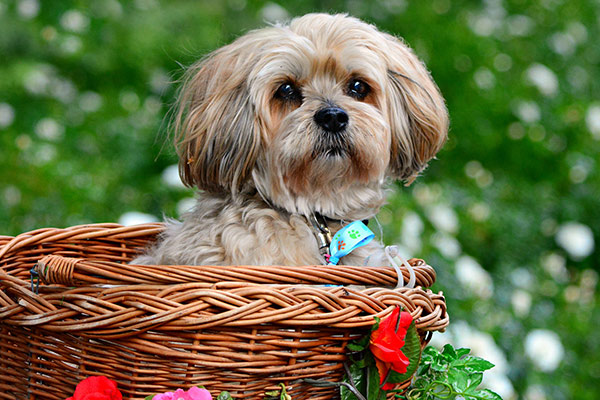