Tibetan Spaniels, also known as Tibbies, are small-sized Asian dogs. Their looks resemble that of the Pekingese but have a longer snout and non-protruding eyes. The Tibetan Spaniel stands at a height of 10 inches and weighs around 9-15 pounds.

The most distinctive feature of Tibetan Spaniel is the “lion’s mane” around their neck. Their tails curve elegantly over the back, and their eyes are bright and expressive. Their coats come in various colors, which can either be solid, a color pattern, or a combination of colors.

Tibetan Spaniels make excellent dog companions, particularly for those looking for a pet to cuddle. But, they can also be very active when allowed to run around outdoors. These dogs are not common, but with the right people, they are certainly loving dogs. 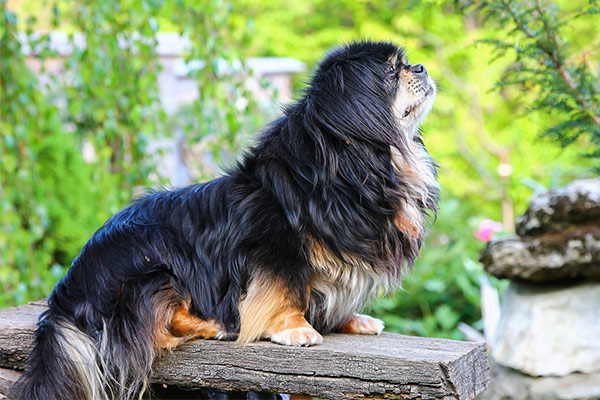 Tibetan Spaniels are known to be ancient dog breeds from Asia. You can trace their origin back to centuries ago in Tibet and China where dogs with lion-like coats were commonly depicted.

It’s believed that Tibetan Buddhist monks developed the breed to serve as alarm dogs in the lamasery. The dogs were said to perch on high walls and windows to keep watch and alert monks of potential dangers.

Because of the dog’s lion-like appearance, they were revered by the Buddhist monks. They were often given as gifts to ambassadors and other nobles in exchange for dogs from those countries.

It is believed that this is how they reached the courts of China and Japan, where the dogs were interbred with other small Asian dogs. As you may have noticed, Tibetan Spaniels, Japanese Chins, and Pekingese look so alike, and it’s probably because of this reason.

Tibetan Spaniels were first brought to England during the late 19th century, and more were brought around the 1920s. The breed gained immediate popularity but was also immediately wiped out during the Second World War.

It took several years before the breed started to recover in England in 1947. By 1958, the Tibetan Spaniel Association was formed, and two years later, the England Kennel Club recognized the dog breed.

By 1965, the first known litter of Tibetan Spaniels was born in the US. By 1971, the Tibetan Spaniel Club of America was formed, and the American Kennel Club finally recognized the breed in 1984.

Now, the breed ranks 119th as the most popular dog breed in the US. This dog is still considered pretty rare, but for those who have them as pets, they are indeed charming dogs. 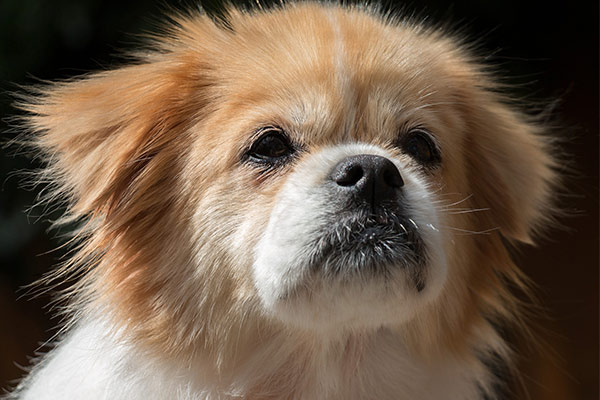 Tibetan Spaniels are known to be playful, bright, and self-confident dogs. They are even easily compared with cats, especially with how they like to perch on high walls or windows and climb up on things.

These dogs are calm indoors but are also lively and playful outdoors. They can adapt to any living environment, even in apartment living. However, daily walks are essential, and so does occasional play sessions in a securely fenced area.

Tibetan Spaniels love people, and they most enjoy the company of their own family. They are very sensitive to everyone’s moods and feelings, and it’s especially important not to leave them alone for long periods.

Although known to be gentle around children, supervision is still necessary. On the other hand, they can easily get along well with other pets, especially those raised with them.

Their attitude towards strangers can range to somewhat reserved and aloof, but never to the point of being aggressive. This makes them excellent watchdogs, and you can expect them to bark when they see something unusual.

Socialization is essential for the dog breed. This will encourage a stable temperament, making them more well-rounded dogs.

Training can be quite a challenge since these are independent thinkers. Obedience training is a must, and you must learn to have lots of patience. Foods and praises should usually do the trick. 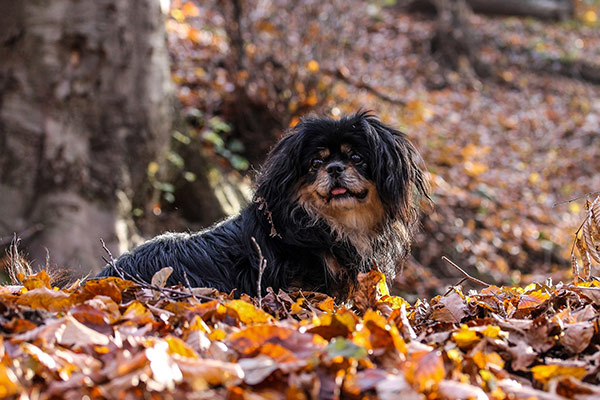