Tibetan Terriers are small to medium-sized dogs bred to be companions and family dogs. The Tibetan Terrier has a beautiful, long coat that comes in various colors or color combinations. Colors should include white, gold, tricolor, brindle, silver, black, or white plus any other color. They also have dark, expressive eyes that are usually covered by their long hair.

Though they have terriers in their name, Tibetan dogs are not true Terriers. They are mild-mannered and friendly, making them adaptable to any home conditions. They also make great dogs for families with children, couples, or single. They are also a great dog choice for inexperienced owners. 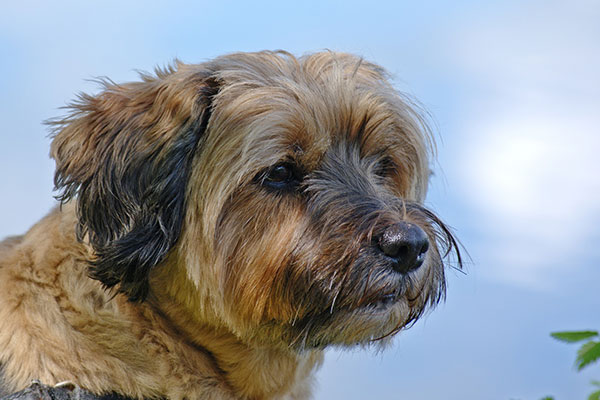 Tibetan Terriers originated in the mountainous area of Tibet, also referred to as the roof of the world. These dogs were known to be prized companions of the Buddhist monks to which they were called, Holy Dog.

In Tibet, Tibetan Terriers are believed to bring luck. So, other than the Buddhist monks, nomadic herdsmen have them too, to guide their tents. And because these dogs are “good luck charms,” neither the monks nor herdsmen ever sold them. Instead, they are presented as gifts.

This dog breed may have remained kept from the whole world until a British Doctor received one as a gift for saving a Tibetan man’s wife. The doctor immediately fell in love with the dog that she received another Tibetan Terrier, which later bred a litter.

The dogs immediately became a hit with the British people. When they attached the name Terrier to the dogs, it stuck, although these dogs aren’t related to Terriers at any sort.

It was only in 1956 when the first Tibetan Terrier was brought to the US. A year later, the Tibetan Terrier Club of America was formed, and by 1973, the American Kennel Club finally recognized the dog breed. Now, Tibetan Terriers rank 96th as the most popular dog breed in the US today.

The American Kennel Club describes the Tibetan Terriers as affectionate, loyal, and sensitive dogs. Although they have “terrier” on their name, these dogs are not true terriers. They are good-natured and act moderately in all respects.

As dogs with moderate temperaments, they are not too active nor too laid back. They adapt well to any living conditions or lifestyles.

These dogs are people and family-oriented. They love games, especially in participating in family activities. They are also dedicated and loving to family, but they also tend to act cautious or reserved towards strangers.

If you have little kids, Tibetan Terriers are not a danger to them at all. These dogs are known to be good with children and other pets. They make great playmates.

Tibetan Terriers will also make excellent watchdogs. Expect them to bark when someone suspicious enters your home, but once introduced, they will surely act friendly. Early socialization helps a lot in controlling any bad behavior towards anything new.

Training should also start early. They can be generally stubborn, so make sure you bring a lot of patience. Positive reinforcements will help a lot with your dog training. And in case you get irritated, don’t lash out in anger. 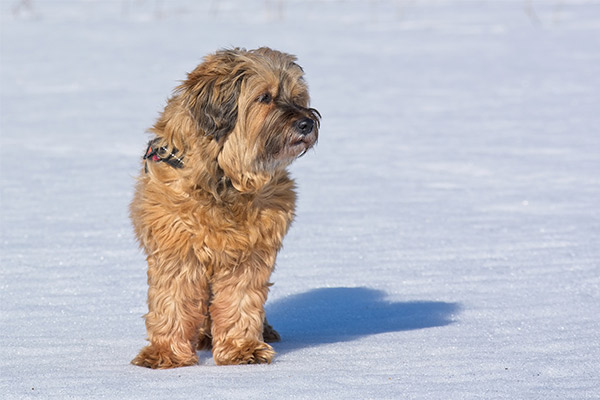