Airedale Terriers or also known as the “King of the Terriers,” is the largest dog breed in the Terrier group. The Airedale Terrier stands at the height of 23 inches and weigh 50 to 70 pounds, which makes them medium to large-sized dogs. Their bodies are covered with a wiry coat that comes in tan color with black markings.

Although the largest of the Terrier dogs, Airedales are playful, energetic, and can be stubborn. They thrive for human companionship and causing mischief. They are not excellent pets for first-time dog owners, but they make excellent companions for experienced ones. 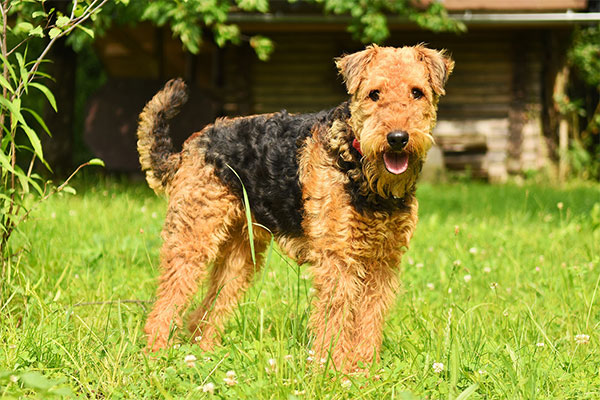 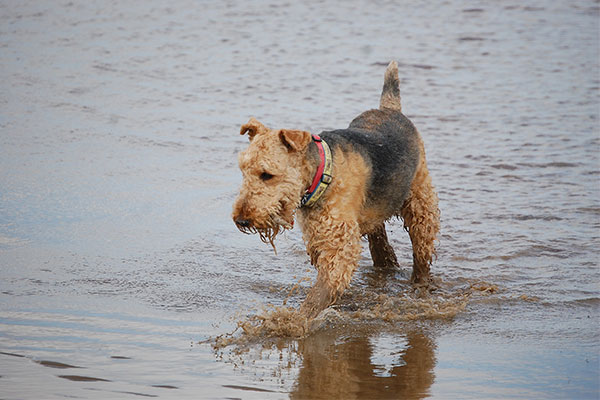 The history of the Airedales can be traced back to 1864 when they were first introduced in a dog show in Aire Valley. But it is believed that their breeding started in 1853.

Like other Terriers, the Airedales were originally bred to hunt vermin of various sizes. They are created to be large and fearless to take care of pests in the manufacturing company.

The dog breed was originally called Waterside or Bingley Terrier. But a group of fanciers suggested that it be changed to Airedale Terriers. Debates have come on several sides as to the name of the breed, and by 1886, the England Kennel Club registered Airedale Terriers as the official name.

For years, Airedales have been used for several work jobs. They have been messengers, sentries, and guard dogs during the first World War. They are hunting dogs for both land and water. The name King of Terriers is fitting for their incredible versatility.

Now, they rank 59th in the most popular dog breeds in the US. Because aside from being excellent working dogs, they are also great family companions.

Airedale Terriers are described to be friendly, smart, and courageous dogs. They may be a handful as puppies, but as they grow mature, they are dignified and self-assured.

As a Terrier dog, Airedales are playful and athletic. They love games, and they love doing this with their family. If you own one, you mustn’t let him feel bored as they can become destructive. He’ll find ways to entertain themselves, and this is in the form of digging holes in your beautiful landscape.

They are affectionate with family members and can become protective when the need arises. These dogs are reliable watchdogs and guardians.

And unlike other Terriers, having the blend of Hound in their genes, made these dogs a bit soft. They can get along well with other dogs than many other Terrier breeds. They are also tolerant of other pets raised with them.

If you’re looking for a family pet, Airedales will make excellent family members. They get along well with children but must be supervised if left with toddlers.

Airedales are aloof to strangers, but they are not aggressive. Early socialization is highly essential, so these dogs grow to be well-rounded. It helps if they are introduced to new people, animals, sights, and sounds.

Training should also come easy. Airedales are intelligent dogs so that you wouldn’t have a lot of problems with them. Just make sure to treat them kindly and never be harsh. They are sensitive dogs, and he’ll remember if you ever mistreated them. 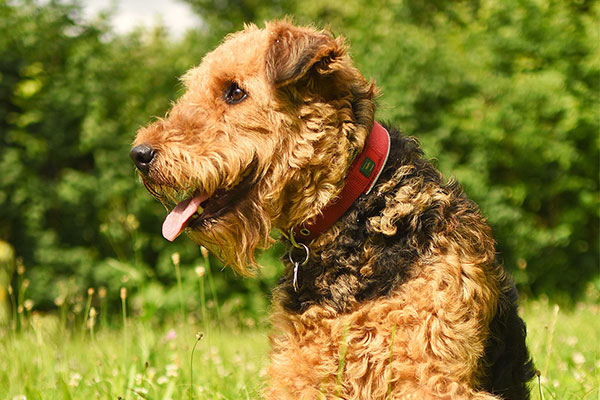