The Cesky Terrier is a small-sized dog that only stands at a height of 13 inches. They feature a long body, short legs, and a fine, silky coat in blue-gray and light coffee brown colors. They have wavy facial hairs, triangular-shaped ears hanging down, and a wedge-shaped head.

Despite their size, Cesky Terriers are not lap dogs. They are energetic and are always active, which makes them a perfect fit for active families. But unlike other terriers, they are calmer. They are loving and affectionate dogs and can get along well with children and other pets. Sadly, they are one of the rarest dog breeds and are undeniably hard to find. 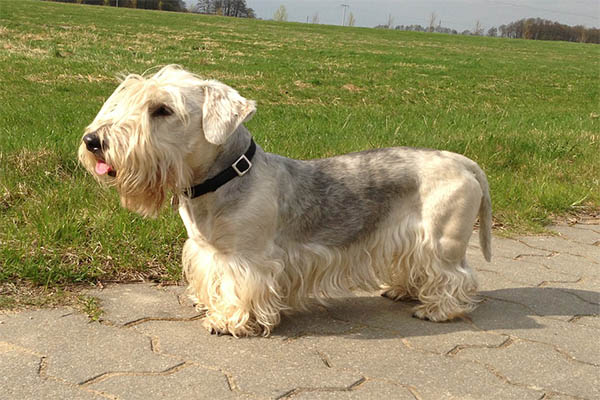 Cesky Terriers were developed in 1949 by a Czechoslovakian geneticist, breeder, and hunter, Frantisek Horak.

Horak desired for a dog that could go to the ground and hunt rats like terriers, hunt in packs like hounds, and gentle companions at home like the retrievers. So, he decided to cross his Scottish Terriers with Sealyham Terriers to create his desired terrier breed.

The cross’s result was an elegant, pack-hunting terrier with beautiful, soft coats in gray colors. The dog also came with keen scenting abilities. Horak was also the one who designed the dog’s haircut that would show off the dog’s overall build.

Every step and process of breeding, Horak documented. But the dogs are still considered one of the rarest breeds that you can still trace back to the very foundation.

The Cesky Terriers were imported to the United States around the 1980s, and Horak died in the years after in 1996. Although he didn’t witness the American Kennel Club recognizing his dog breed in 2011, he was still mentioned in the AKC Gazette as the man who persevered through World War II and the communist revolution to create this beautiful breed.

Today, Cesky Terrier ranks 185th in popularity among all other dog breeds in the US, but they are known to be the only Czechoslovakian dog breed in the AKC Stud Book. They are very rare, but it’s no denying how precious these dogs are. Cesky Terriers are clever, adventurous, family-oriented dogs. These dogs have excellent hunting instincts, probably greater than most terriers, but, they are calm and laid-back dogs indoors.

These are not dogs for anyone. They need moderate exercise, time, and personal attention. If left alone for long periods until they’re bored, expect some very destructive behavior. So, they should be included in all kinds of family activities and given outlets for play.

They are known to be loyal and affectionate to family. They get along well with children and pets that grew up with them. But toddlers would require supervision, and if you have small pets, it’s best to keep them away from these dogs.

Cesky Terriers are usually reserved with strangers, but they do greet them once introduced. Early socialization is necessary to make them more well-rounded and to develop a more stable temperament. Get him accustomed to new people, animals, sights, and sounds to bring out confidence instead of fear of anything new.

Training might come challenging, as these dogs can be stubborn. It’s important to keep sessions short and exciting. You also need lots of patience and don’t ever treat them harshly. Instead, encourage them through positive reinforcements.