Irish Terriers, nicknamed “Daredevils,” are courageous dogs with a tight, wiry red coat covering their bodies. They are believed to be prototypes of a long-legged terrier and stand at the height of 18 inches. The Irish Terrier has a beautifully balanced appearance that will catch anyone’s eyes.

Irish Terriers are known to be excellent people dogs, but they are not fit for anyone. They are best suited for those who are often home as they make great indoor companion dogs. These dogs are active and versatile, who will watch over you and your family for a long time. 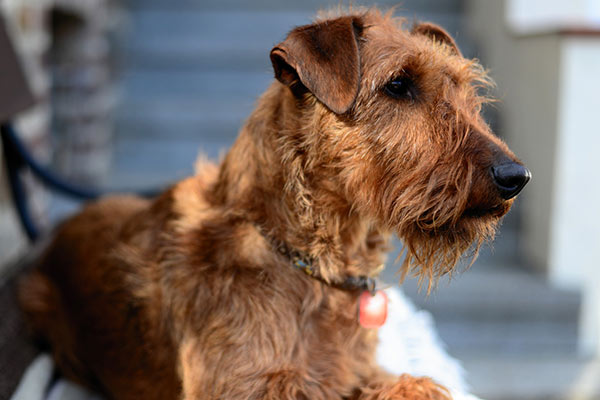 Irish Terriers are well-known red-headed dogs from Ireland. They are known to be one of the oldest terrier breeds, so their exact origin is unknown. But they are referred by many as “the poor man’s sentinel,” “the farmer’s friend,” and “the gentleman’s favorite.”

It is believed that Irish Terriers are descendants of the now-extinct black and tan Terrier and wheaten-coated Terrier. They were first recognized as a breed at a dog show in Glasgow in 1875. Four years later, two Irish Terriers started producing litters and are considered the foundation of the breed.

It was in the 1880s when the Irish Terriers rose to popularity in Britain. They became the source of controversies that led to significant changes in the British dogs’ appearance – ear cropping was banned by 1889.

When the dogs reached the United States, they immediately rose to popularity. The first Irish Terrier was shown in the Westminster dog show in 1881. It was only after four years that the American Kennel Club officially recognized the breed in 1885.

Sadly, after World War I, the dog’s popularity slowly faded away. Now, it only ranks the 116th in popularity in the US. They are uncommon, but for those who own them, they are undeniably loving dogs. 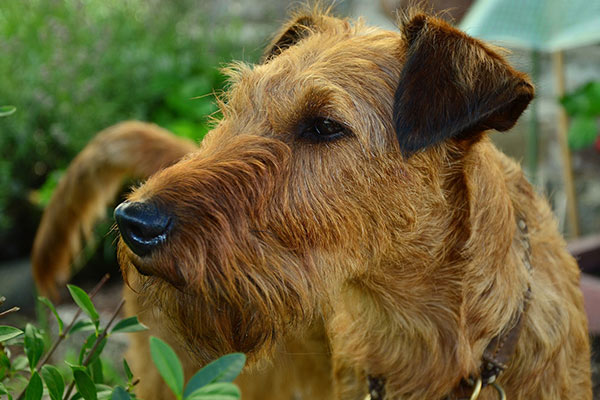 Irish Terriers are known to be bold, dashing, and tender-hearted dogs. There’s a reason why they’re called “Daredevils” – because of how animated and fearless these dogs can be.

These dogs are created to be companions, guard dogs, and hunters, making them very versatile. They can be good-tempered, alert, and adaptable, but are also reckless and curious dogs.

They are not the best dogs to get for first-time owners. Their independent personalities require lots of training accompanied by a firm and consistent leadership. If you aren’t able to control them, they’ll likely choose activities of their own, which can be very destructive.

It’s essential to give them exercise, so they become well-behaved inside the household. They are also good dogs for families with children and are known to be very loyal family members.

Irish Terriers are better in one-dog households. They are not friendly with other pets and have tendencies to become aggressive, especially towards dogs of the same sex. Their temperament towards strangers can range to polite and reserved.

Early socialization is vital to make them more well-rounded. This will also help encourage a stable temperament, especially when introduced to anything new. 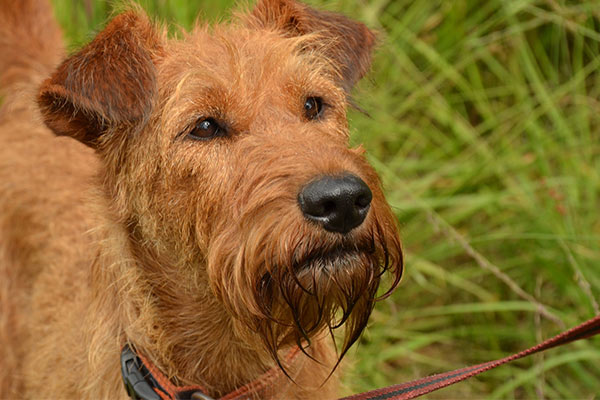