Bull Terriers may be medium-sized dogs, but you can’t remove the fact that they are powerful dogs. They have strong and big-boned bodies that move with agility and power. The Bull Terrier has a long, egg-shaped head to make them distinct and unique.

Bull Terriers are not the kind of dogs that an inexperienced dog owner can take care of. They also require someone who can give them attention so they can get the exercise they need. For the right person, these dogs are affectionate, loyal companions who will keep you entertained.

Bull Terriers’ history can be traced back to 19th century England. These dogs were believed to have been developed by crossing a Bulldog and an English White Terrier (now extinct), which were later crossed to Spanish Pointers.

It was in 1860 when their development was started by a man named James Hinks. He wanted to create an all-white dog breed, and the resulting animals were named “White Cavaliers.”

Since then, the Bull Terriers became famous dogs and were owned by several actors, actresses, and even Presidents. They are mentioned in books and also appeared in films. Some Bull Terriers were even endorsers for products and were shown in advertisements.

Now, they remain to be one of the most popular dog breeds. They are no longer used in fighting, but they make excellent family dogs because of their sweet disposition.

The American Kennel Club describes the Bull Terriers as playful, mischievous, and charming dogs. They can be friendly or feisty, depending on who they’re facing.

When it comes to family members, they are gentle and affectionate. They enjoy playtime, and these dogs would always be happy to see you. Their high energy needs to be matched well with frequent exercise and attention. If neglected, you can say goodbye to your holeless backyard or beautiful furniture.

Bull Terriers make excellent playmates for children. However, supervision is needed if you have toddlers. It’s also best to keep these dogs as one pet as they don’t get along well with other animals like cats and dogs.

The way they treat strangers may vary from being aloof to enthusiastic. There may also be chances that they’ll get aggressive, which is why early socialization is highly essential for this dog breed.

Training may come as challenging. His dominant trait may likely show up, which is why consistent and firm leadership is vital. But, it would be best if you don’t treat these dogs harshly. 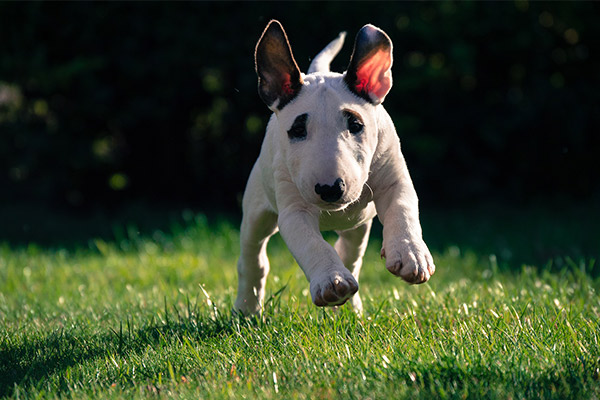 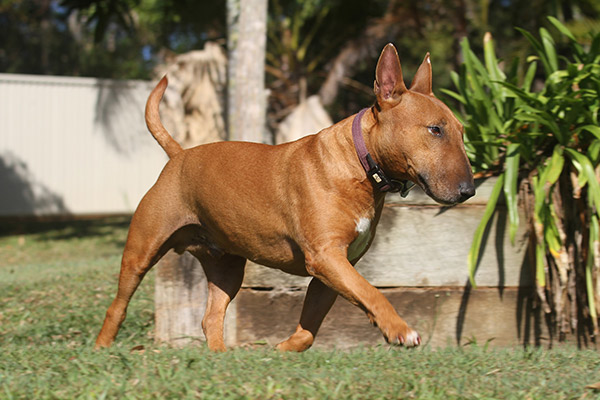