American Staffordshire Terriers or “AmStaffs” are medium-sized dogs of the terrier group. They have muscular and robust bodies despite their small size. They have broad heads with sharp jaws and dark round eyes that are set wide apart. Their coat is short and sleek and comes in different colors – blue, white, fawn, red, black, or any combination of white and other color patterns.

AmStaffs are usually described as aggressive dogs in appearance, but this is far from the truth. These dogs are gentle and devoted family dogs. They are attractive, charming, and good loyal companions too. Though they can be hard to handle, for the right person, an American Staffordshire Terrier is a faithful and trustworthy friend.

The American Staffordshire Terrier is believed to have originated from England. Their ancestors are thought to be the crossbreed of the Bulldog and Terrier breeds. Because of this, they earned names like Bull-And-Terrier Dog, Pit Bull Terrier, and Half and Half.

These dogs were companions of butchers and farmers. For butchers, AmStaffs were used for hunting wild boars and managing bulls, while for farmers, they served as ratters. But after a long day of work, they become excellent human companions.

When barbaric sports came into popularity, American Staffordshire Terriers also entered the scene. The dogs’ tenacity, courage, and muscular build were thought to be perfect for these sports. And even if dogfighting sports were forbidden, people continued to use these dogs for the same purpose, until now.

Now, American Staffordshire Terriers are used as police dogs, watchdogs, and even compete in dog competitions. They are extremely popular in the field of weight pulling because of their strength.

The only sad thing that probably happened to the American Staffordshire Terrier is that they are now labeled as aggressive dogs. And this is mainly because of humans’ misuse of them in the previous centuries. And they are included in one of the few dogs that are banned in some households.

American Staffordshire Terriers are friendly, smart, good-natured, playful, and tenacious dogs. They may have the reputation of being aggressive and dangerous dogs, but Amstaffs are gentle and devoted dogs. They are believed to be suitable for any good and non-busy owners.

AmStaffs are remarkable family dogs. They love humans, and they most especially love spending time with families, even with children. Though they make great playmates for older kids, supervision is still needed.

If trained well, American Staffordshire Terriers’ aggressiveness is more directed to intruders. You can expect them to growl or bark when someone they don’t know comes to your home. But a good introduction will make them friendly. Some owners would say that these dogs can be great judges of character and people’s intent. They can be excellent watchdogs.

With their high energy, you shouldn’t let American Staffordshire Terriers get bored. If you do, their behavior may become destructive; they will chew, dig, and bark. Remember, these dogs are not couch potatoes. They like to be in a place where they could run and wander.

Early socialization while growing up is essential with this dog breed. They should get accustomed to other animals, people, sights, and sounds. This will reduce the American Staffordshire Terrier’s tendencies to be unwell.

When training them, it’s best to always be affectionate and consistent. This will make them become a dedicated, warm, and submissive companion for life. 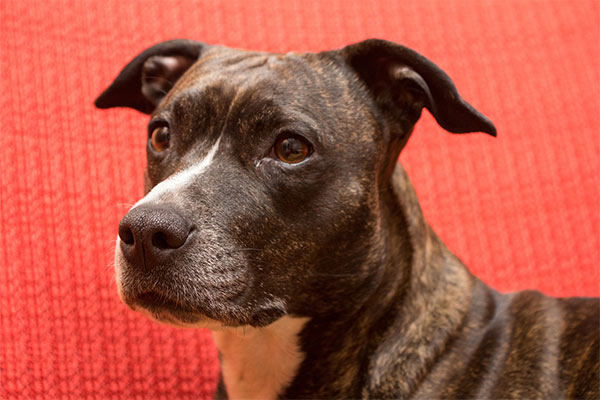 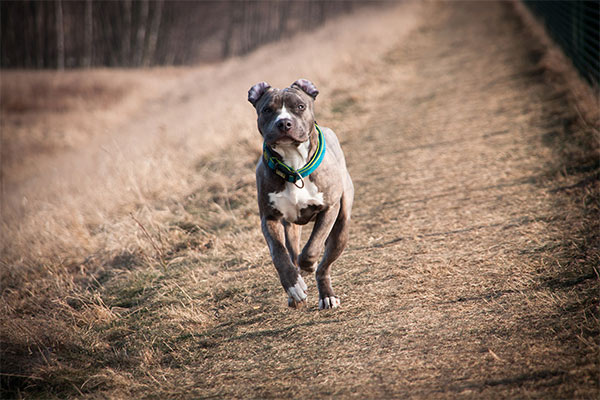