Manchester Terriers, though make an excellent companion and show dogs now, were developed as ratters and hunt small games. The Manchester Terrier comes in two varieties – standard and toy. Both types come in compact sizes, which makes them suitable in any kind of home.

These dogs feature a tight coat that comes in rich mahogany tan and jet black colors. They also have long, wedge-shaped heads and tan spots above each eye, giving them a watchful expression.

Both types are generally the same when it comes to their personalities. They are the best fit for owners who can give them enough time and attention. You should also ensure that they have space inside your homes because their thin coats will make them uncomfortable. 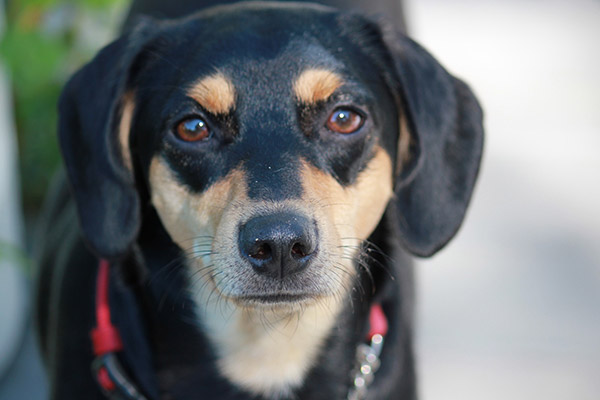 Manchester Terriers are thought to be small versions of Dobermans, which is no wonder considering their looks. These dogs are considered one of the oldest of all terrier breeds and have records way back in the early 16th century.

The development of these dogs served an essential role in England in the early 1800s. These dogs spent most of their time killing rats that were a menace in the country. They worked in public inns, which were one of the places infested with the vermin.

The name Manchester was derived from the Manchester District of England, the center of the breeding of these terriers. Though the standard size was already a fitting companion for gentlemen, the women wanted a smaller version.

So, breeders further bred the Manchesters with Chihuahuas to reduce their size. Problems did occur, and the dogs were found to be delicate and unhealthy. However, even if that was the case, they were still very popular during the Victorian era.

Years went by, and the dogs were soon imported to the United States. The two varieties of Manchester Terriers were always considered separate breeds until 1859 when they were finally combined.

By 1923, the Manchester Terrier Club of America was formed. Now, they currently rank 133rd as the most popular dog breed in the US.

Although they are not as popular as other dogs, owners of the breed can swear how great companions these little dogs are.

Manchester Terriers are agile, spirited, and intelligent dogs. They are best paired with active families who can give them enough exercise daily. It’s essential to take these dogs out for a walk or run, even if they are also happy staying beside you on a couch.

This dog breed generally loves to play. It doesn’t matter who he plays with as long as he is entertained. They get along well with other dogs that grew up with him. So even if you’re not around, your other dogs can keep him happy.

However, when it comes to strange animals, their temperament may vary. They will usually stand their ground around strange dogs and will not back down from a fight when challenged. It’s also not best to keep them another dog of the same breed and sex.

Manchester Terriers are devoted and loving to their families, but they are wary of strangers. They make excellent watchdogs despite his small size, and you may have to expect them to bark excessively when he sees someone suspicious.

True to their origin as rat killing machines, these are not the dogs to get if you have rabbits and other small animals. They were bred to kill small animals, even if they are not aggressive dogs.

It’s crucial to socialize and train them at an early age. Get them accustomed to new things, people, and animals. This will help tone down their aggressive nature and make them more well-rounded.

If you’re training him, make sure to be confident, consistent, and firm. Don’t be harsh on the breed as they can be very sensitive. Positive reinforcements will always be a better course instead of hitting them.