Rat Terriers are small to medium-sized dogs of the terrier group with compact bodies that make them sturdy and elegant looking. The smooth coat of the Rat Terrier comes in a dappled pattern of several colors combined with white.

These dogs have the same temperaments as the other terrier breeds. But they’re also known to be calmer and satisfied when lying on their humans’ lap. Inexperienced dog owners may find it hard to train these dogs, but they’re great family companions for the experienced ones. Give him lots of love and attention, and of course, space to run around too. 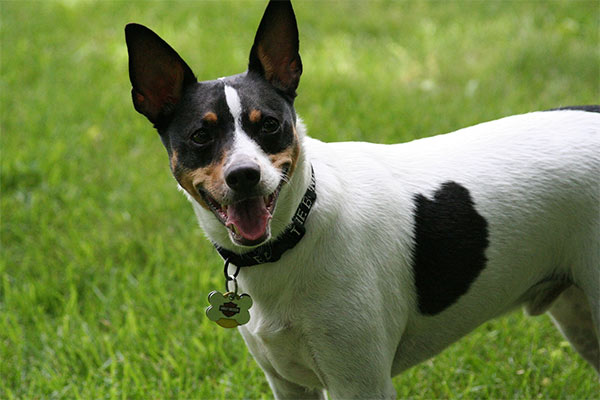 Rat Terriers are proudly made in the United States. As their name implies, these dogs were developed to kill rats and other vermin. They are also all-around farm dogs and are also excellent hunters for small games.

Rat Terriers are believed to be a result of the mixing of several dog breeds – Fox Terrier, Bull Terrier, Manchester Terrier, and Old English White Terrier. It took years (1910-1940) before this dog breed became the Rat Terrier that we know now.

During these times, Rat Terriers are often seen anywhere. But when farmers discovered using poison to kill rodents, the Rat Terriers’ number started going down, and by the 1950s, the breed was no longer seen as often.

Working on the resurrection of the breed didn’t start the 1970s. It was started by a hunter, Milton Decker, who believed that his Rat Terrier could help with his breeding program. And he indeed succeeded.

It was in the year 1972 when the first Rat Terrier was again developed. But the breed wasn’t recognized by the American Kennel Club until 1999.

The American Kennel Club describes the Rat Terriers as friendly, curious, and lovable. Like any other terriers, Rat Terriers have varying temperaments ranging from being active to being contented snuggled up at home.

Most dogs of this breed are athletic and agile. They love to play and playing chase. During playtime, they are best kept inside a fenced yard or must be on a leash. These dogs are excellent escape artists, so make sure that everything is secured.

Rat Terriers crave human companionship and attention. They make excellent family dogs. These dogs will make excellent playmates to children, and you can expect them snuggled under the covers with your kids.

It’s best always to keep your Rat Terrier entertained to avoid any destructive behaviors. If you are not at home often, then getting another dog as his playmate will do good for him. These dogs get along well with other pets, even with cats.

Like any other terrier breeds, Rat Terriers aren’t fond of strangers, but most owners find them quick to warm-up to visitors when introduced. Early socialization is critical here to get them accustomed to anyone or anything new.

You may find training a little bit difficult as these can be stubborn dogs. But if you keep a firm, confident, and consistent leadership, they are very attentive and will follow you easily. 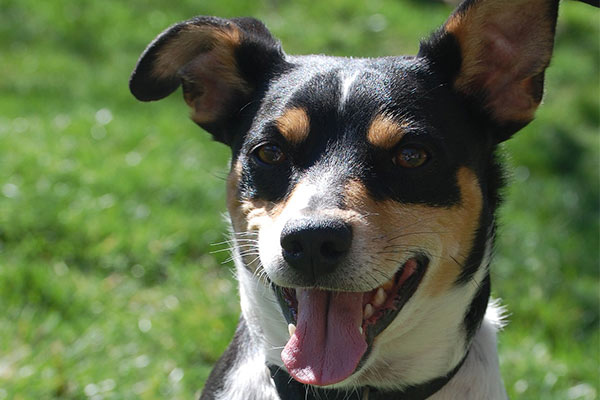