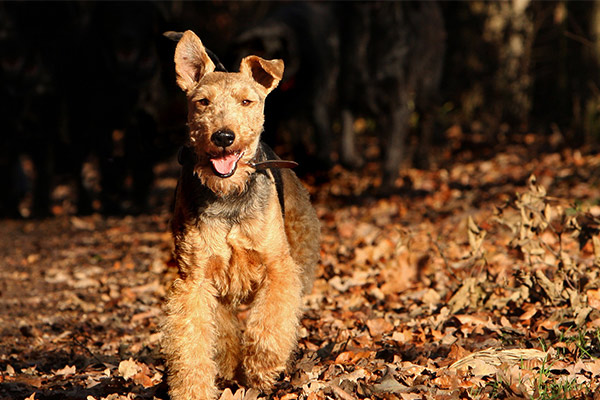 Welsh Terrier dogs look like Airedales but smaller. They have compact bodies covered with a tight-fitting coat that comes in black and tan colors. Their heads are rectangular and feature a beard and folded ears.

Welsh Terriers might be small in size, but they have big personalities. They are not dogs for those looking for a quiet and well-mannered pet indoors. These dogs can be a challenge to train, and their boundless energies can be overwhelming if you’re inexperienced.

For the right person or family, however, Welsh Terriers can become devoted family companions. They are the best fit for active families. These dogs don’t need lots of attention, but they do love cuddles, hugs, and lots of affection.

Welsh Terriers are believed to have been developed sometime in the 1700s. However, there’s no way of telling about their exact origin. There were also many old paintings and prints of black and tan wirehaired terriers that resemble the dog breed.

These dogs were thought to have been developed to hunt foxes, otters, and badgers. They are frequently found in the mountainous region of Wales, hence their name. And although they were more associated with the place, they can also be found all over England in the 19th century.

They were originally known as Black-and-Tan Wire Haired Terriers or the Old English Terrier. That was until 1885 when the Kennel Club of England named the breed Welsh Terrier.

In the year 1888, Welsh Terriers were first imported to the United States. The dogs were immediately brought to the Westminster Dog Show. In that very same year, the American Kennel Club recognized the breed, and two years later, the Welsh Terrier Club of America was formed.

Since 1901, Welsh Terriers established their name in the Western Lands, and their popularity grew. Now, the breed ranks 107th as the most popular dog breed in the US. 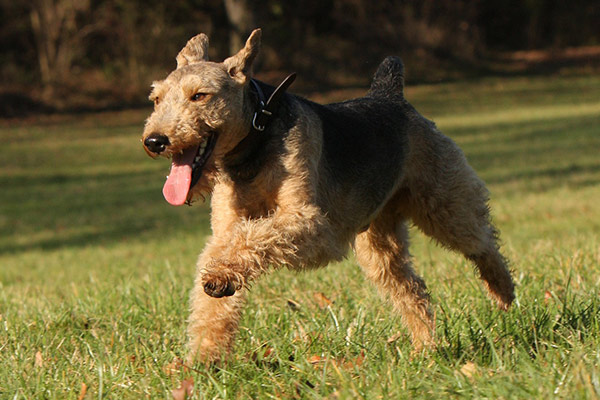 Welsh Terriers are generally friendly, spirited, and intelligent dogs. They are not as excited or playful as some terrier breeds, but they are still highly energetic dogs.

They are the best fit for active owners. Take him with you when you travel, and create outdoor activities that he can join in. These dogs need exercise, lots of it, and the more you can give this to them, the easier they are to handle indoors.

Welsh Terriers are known to be more sociable than most terrier breeds. They get along well with other pets but must be supervised when around little children. They are friendly with strangers too, but you can still expect them to bark to alert you when he sees something suspicious.

As stubborn and persistent dogs, Welshies need consistent and firm leadership. Positive reinforcements are highly encouraged for you to do, as this will help with his obedience training. If you’re having a hard time, you can take him to a puppy school.

Socialization should be given at an early age. This will help him get accustomed to new people, animals, sights, or sounds. It will also help him be more well-rounded dogs.