The West Highland White Terrier is one of the few short-legged terriers that can grow up to 11 inches tall. They have a compact body that can surely move swiftly. The best feature of the West Highland White Terrier is its attractive and irresistible looks. The breed is covered with a harsh and silky white coat that makes them easily identifiable even if he’s a distance away.

This dog breed has a big personality. And though they may look like a toy dog, their personality is far from it. They are a true terrier dog breed – intelligent, strong, sturdy, and excellent hunters. 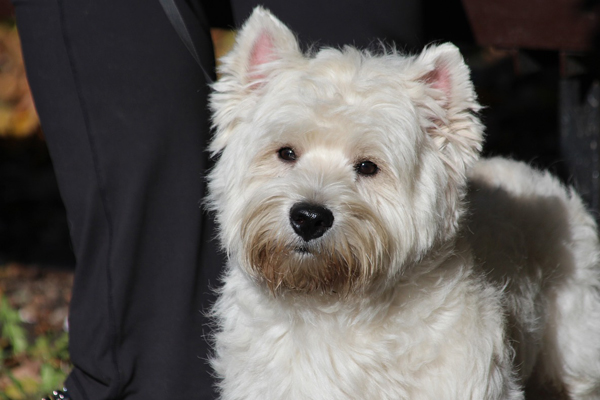 West Highland White Terriers were originally used for hunting fox, badger, and otter. They were also ratters that helped get rid of rodents from houses of nobles and farmers.

It was in the 1700s when the Malcolm clan started breeding little white exterminators in their estate called Poltalloch. And for more than 100 years, they were produced and maintained there. This is why the breed was originally called Poltalloch Terrier.

It was only in 1896 when the breed was first introduced at a Scottish dog show and immediately rose to popularity. By that time, their name was changed to West Highland White Terrier.

By 1906, the breed was first shown in an American Kennel Club Show, and Americans immediately loved his spunky and amusing personality. The fact that he’s small and portable made him even more popular as a companion dog. 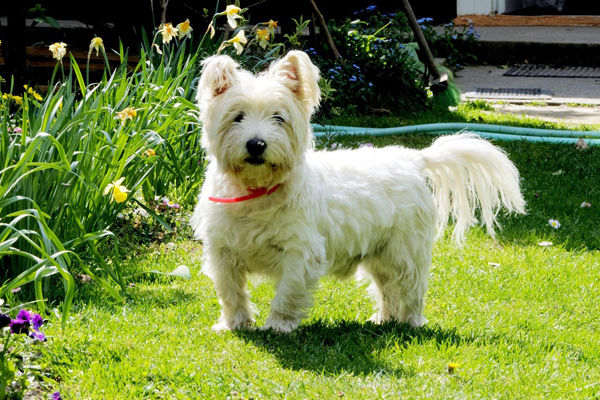 The American Kennel Club describes the West Highland White Terrier as a loyal, happy, and entertaining dog breed. They are affectionate dogs who love human companionship. Plus, he can certainly make you laugh.

As a terrier dog, West Highland White Terriers are smart, independent, bold, and can be a little stubborn. They are also very sturdy because of their background as hunters. They have a sense of independence that makes them a little hard to train, so it’s best to be patient with them.

The good side is that they are friendlier than other terrier dog breeds. They are friendly and get along well with everyone – children, strangers, other dogs, other pets. This is not a one-person dog breed. Heck, they will even run towards a visitor with his tail wagging.

They’re a lively dog breed and would greatly appreciate even the smallest thing. He’ll be happy if you give him a toy, a belly rub, and food.

Like any other dogs, training and early socialization are crucial. It’s also vital that you show him who’s in charge without being harsh or aggressive.