American Water Spaniels combine both the traits of spaniels and retrievers, which make them excellent hunting dogs. This means that they are also a very athletic breed and will be best paired with active owners. They love activities, and you should ensure that they are given enough exercise, so they remain well-behaved indoors. 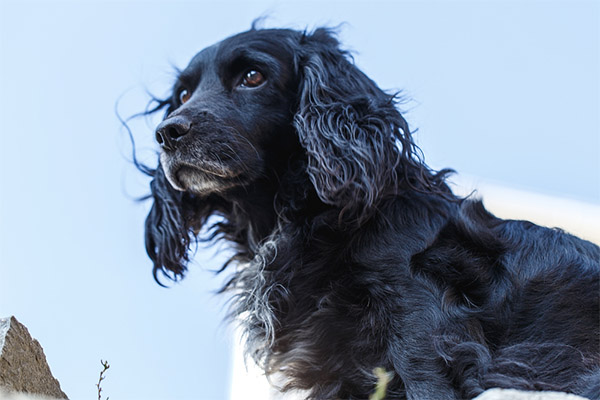 American Water Spaniels originated from Wisconsin in the mid-1800s. They were developed as hunting dogs by European immigrants who settled in the place. It is believed that European dog breeds such as Irish Water Spaniel, Curly-Coated Retriever, Field Spaniel, and Old English Spaniel (now extinct) were used to create the breed.

There were no specific records found, but regardless of their background, it is undeniable that the American Water Spaniel is a versatile hunting dog that will hunt quail, pheasant, duck, grouse, and rabbit. What hunters love about them the most is that they can work on different kinds of terrain and have great endurance.

Unfortunately, by the 20th century, hunters started to lose interest in the breed as larger retriever breeds came about. They almost went extinct, but this was prevented by a man named Pfeifer.

Through his efforts, the United Kennel Club recognized the breed in 1920, and the American Kennel Club followed through 20 years later.

The dogs currently rank 166th as the most popular dog in the US and are still considered a rare breed with their numbers not exceeding 3000. However, owners of the breed would know how loving these dogs are.

American Water Spaniels are eager, happy, and charming dogs. Like any other hunting dogs, they are active and athletic. You must provide them enough exercise every day, so they stay healthy and happy.

These dogs love people, and they most especially thrive for human companionship. It’s important not to leave them alone for long periods or they might suffer from separation anxiety. This will also cause them to become destructive.

Although he likes being out in the backyard, don’t let him stay there alone. These dogs need to be indoors and be included in family activities.

American Water Spaniels are affectionate to their owners, even with children and pets that grew up with them. They also make excellent watchdogs and will bark when someone suspicious comes to your home.

They are mostly reserved with strangers and dominant with strange animals. So, it’s essential to socialize them at an early age, so they become more well-rounded. This will also get them accustomed to how they should react on certain occasions.

Training may come challenging as these dogs can be stubborn. So, you need to be consistent and firm. Added to that, you need to make sure not to be harsh to these dogs as they can be very sensitive.