Irish Setters are large-sized dogs known for the tall and elegant appearance. The Irish Setter stands at the height of 27 inches, have a sturdy built, and are covered with a brilliant coat that comes in the color of mahogany or chestnut. Partisans describe it as the most beautiful of all dog breeds.

These dogs come in two types – show and field dogs – depending on what you prefer. Show dogs are usually heavier and larger than the latter, but regardless of which type you’ve got, you can expect them to be natural gun dogs.

Irish Setter is not a dog just for anyone. He needs ample space to run, and he needs someone who can provide him a lot of attention and care. The energy of this dog is explosive, that an inexperienced dog owner might easily get overwhelmed. However, with the right person, he is a beautiful and loving companion who will surely fill your house with laughter. 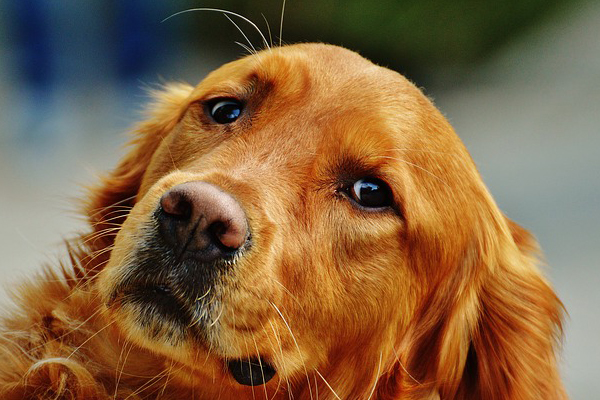 As their name implies, the Irish Setter originated from Ireland in the 18th century. During this time, Irish hunters wanted a fast working dog with a keen sense of smell and red-colored coat to be easily spotted. With this thought in mind, they combined English setters, spaniels, pointers, and Gordon setters.

The result? A red and white dog.

The first Irish Setters were originally called red spaniels or modern rhu (Gaelic for red dog), which describes their coat color. However, some of these dogs came in a color of red and white or have red coats with white spots (they were called shower of hail dogs).

It was only in 1812 when Irish Earl Enniskillen, along with two other breeders, started breeding Irish Setters to be of solid red color. When Palmerston appeared in 1862 with its solid red color coat, Irish breeders decided they wanted that breed standard.

By 1875, the first Irish Setter, Echo, was imported to the United States. And by 1878, the American Kennel Club registered the first dog of the breed, Admiral.

Since the 1870s, these dogs have dominated in show rings and dog show competitions. Their popularity continued soaring until the 1960s and 1970s when a movie named Big Red was made.

The breed now ranks 76th as the most popular dog breed in the US and continues to be a great family companion and hunting dog. 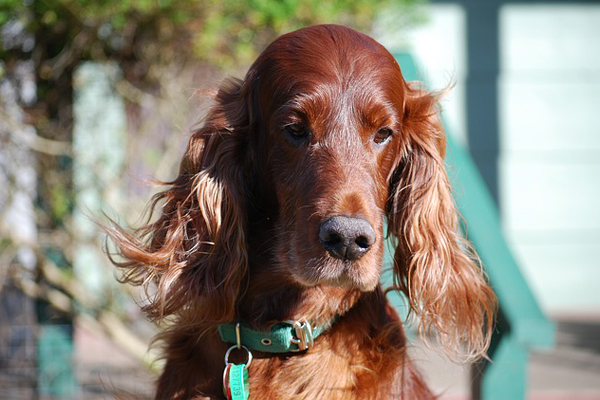 Irish Setters are often described as active, outgoing, and sweet-natured dogs. Most people describe their attitude as rollicking – lively, intelligent, and with a great sense of mischief.

These dogs love people, especially their families. They need love and attention. If left alone for long periods, they tend to have separation anxiety, which brings out destructive behavior. You can expect them to retain their puppy nature for years, even if they turn adults.

It is recommended to give them ample space to run around so they can have enough exercise and training. This way, they’ll be able to expect any excess energy they have.

With their friendly nature, you can expect Irish Setters to get along with everyone. They are great playmates to children, friendly with strangers, and good with other pets. Make sure not to leave them alone with toddlers, though.

They make excellent watchdogs as they will let you know when someone new or suspicious comes. However, they are not aggressive and will immediately turn friendly if they know that there is no harm. But in case there is, these dogs will step in to protect.

Obedience training is essential to retain good manners and make them more dignified. Always remember not to treat them harshly. Irish Setters are sensitive dogs, and they will not easily forgive. It’s also best to get them accustomed to new things, so they become more well-rounded. 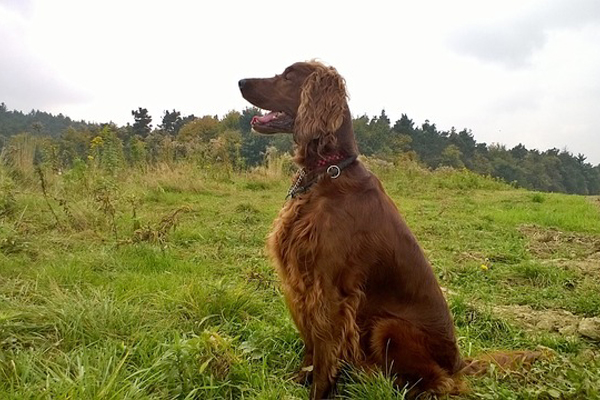