The Gordon Setter is the largest among all the setter dog breeds that stand at the height of 27 inches. These dogs feature a glistening black coat with tan markings. They have long hair on the ears, belly, legs, chest, and tail with bright brown eyes that portrays an intelligent dog.

Gordon Setters are known for their brains, beauty, and keen bird sense. They are not dogs for everyone, especially first-time dog owners. These dogs can be too much to handle, and you need to expect lots of barking.

For the right owners, Gordon Setters are lowing, protective, and devoted dogs. They need time and affection, and in return, they’ll surely brighten up your day. 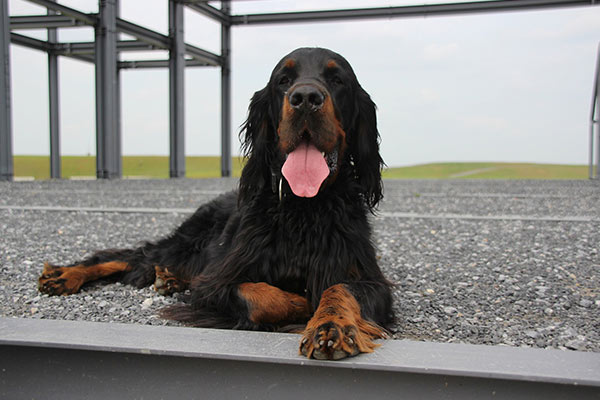 Gordon Setters, originally known as Black and Tan Setters, originated in Scotland in 1620. They are known to have first-class hunting skills and were mainly developed to lay down quietly (set) when they have located birds.

It took 200 years before the dog became known through Alexander Gordon. Gordon, known as the fourth Duke of Gordon, was a setter fancier. He played an essential role in the breed’s development and founded a kennel of these dogs in the Gordon Castle.

It was believed that the Gordon Setters were developed by crossing English Setters, Black and Tan Collie, Bloodhounds, Black Pointers, and Solid-Black Setters. This resulted in a dog that is not fast but is good at staying steady and with a keen sense of smell.

The importation of Gordons to America started in 1842 and was led by George Blunt and Daniel Webster. By the year 1874, England’s Kennel Club already registered 126 Black and Tan Terriers.

By 1884, the American Kennel Club officially recognized the dog breed. However, it was only in 1924 when the dog’s name was changed to Gordon Setters. The Gordon Setter Club of America was formed after that.

Now, the dogs rank 115th as the most popular dog breed in the US. They appeal to a lot of hunters and dog lovers who love their beauty, scenting ability, and mild temperament. 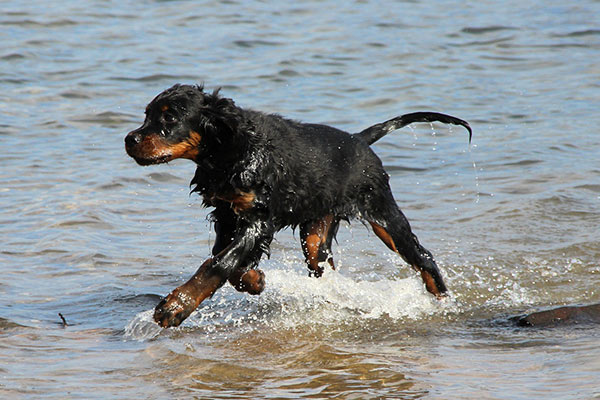 Gordon Setters are known to be affectionate, confident, and bold dogs. These dogs are mostly alert and serious; however, they, too, have a playful side.

These dogs are devoted and affectionate members of the family. They are known to be good and gentle with children. You can expect them to walk away when they don’t like your child’s behavior instead of attacking them.

Gordon Setters can be demanding of attention, making them jealous of other pets. These dogs may be best in a one-dog household. They are known to be protective of territory and can be aggressive toward any strange dogs.

They are wary but never aggressive of strangers, which makes them excellent watchdogs. Socialization plays a vital part in raising them to be more well-rounded dogs.

Training your Gordon Setter is vital if you want a well-behaved dog. Leaving them alone without good leadership can show misbehavior and stubbornness.

It’s important not to be harsh towards them, but don’t coddle them too much. Be calm and reassure him that he has nothing to be afraid of. Positive reinforcements play an essential role here, particularly food treats and praises.